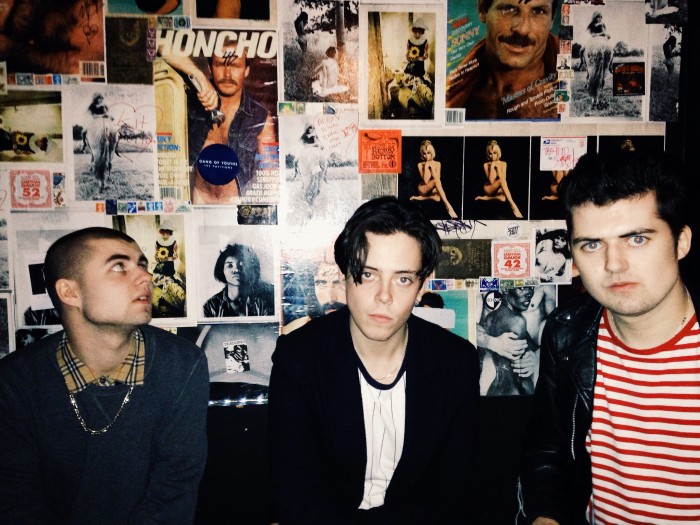 One of the strongest bands to emerge from the current fertile Glaswegian scene, Baby Strange have produced a series of robust and exciting singles over the last two years. With a pared-down approach, their music has a refreshing energy, rich vocals and striking lyrics.

2015 saw the band go from strength to strength, with plenty of headline gigs, festival appearances, popular support slots and the inception of their very own club night in Glasgow, Club Sabbath. With their most recent single, ‘Pleasure City’ enjoying plenty of airplay, it was time to find out what 2016 held promised for their steadily increasing hoard of fans. Lead singer, Johnny Madden, was good enough to give us the heads up on what the band thought of the story so far, and what the future holds for these talented lads.

LTW: Things have certainly moved on for you since I first saw you as a support act in Liverpool in 2014. Last year saw a lot of gigging and the release of two great singles. What were your highlights?

JM: Our last headline tour was a lot of fun. Playing Brixton Academy with Slaves was great too, it’s a venue we’ve always wanted to play.

LTW: Which do you prefer playing club gigs or festivals, or are they both good in their own ways? What are the differences?

JM: They are both good in their own ways. At festivals you’ll find that some of the crowd might not be aware of your music so winning them over is part of the fun. We enjoy that. Club gigs will always be special to us, some of our favourite gigs have been in small rooms.

LTW: When I last saw you in Manchester the crowd was pretty subdued for one of your gigs. Where, outside of Scotland, do you have the best crowds at your gigs?

JM: We’ve had some pretty mad crowds in Birmingham & London. Leeds has been good as well actually.

LWT: How are your Glasgow club nights going?

LTW: It must be great to have been chosen by Radio X and Amazon UK as emerging talents. Do you think these lists serve their purpose in bringing your music into the spotlight?

JM: I do, yeah. People seem to pay attention to these lists, if someone checks out our music from reading about us in one of them, we’re happy.

LTW: Tenement TV have put California Sun at No. 9 in their top 50 tracks of 2015. How important has their support been over the last few years?

JM: Tenement TV are doing great things and they’ve some nice things about us over the past few years. We appreciate that.

LTW: You are selling out gigs now and have an ever-widening fan base. How hard was it to keep going when you were sometimes only playing to a few people?

JM: It wasn’t hard at all. If 10 people come to see us in a city we’ve never played before, we hope those people go home, tell their friends how good it was and return the next time with a team of people. That’s the attitude we’ve always had. Everyone has to start somewhere. If we’re playing to 5 people or 500, we go on stage in the same mind set.

LTW: I’ve heard we might have the chance of an album from you this year. Any news?

JM: You’re right! Our album will be out this year.

LTW: Album aside, what are your musical aims for 2016 and what do you have planned already?

JM: The album is getting all of our focus at the moment. We can’t wait to release it.

LTW: You’ve toured the British Isles fairly extensively, both as headliners or support. Are you concentrating on building your fan base here or travelling further afield?

JM: We want to play everywhere. We will be playing more shows outside of the UK this year.