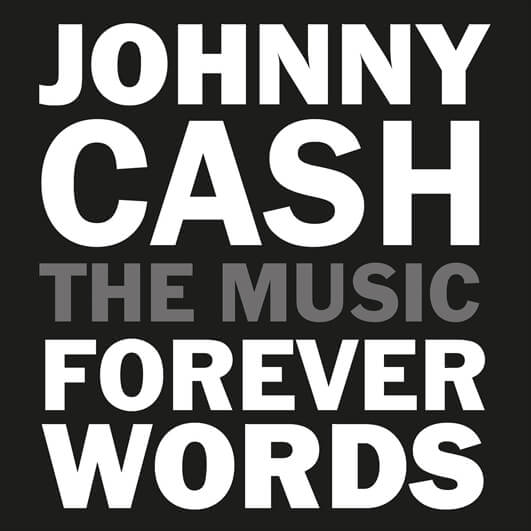 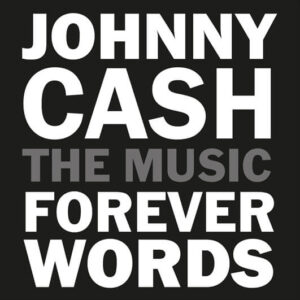 You don’t have to be a fan of Johnny Cash to appreciate Forever Words. You don’t need to know that Live At Folsom Prison is one of the best live recordings you will ever hear or, that the series American Recordings produced by legendary hip-hop producer Rick Rubin represents possibly the greatest return from near obscurity for an artist that there will ever be. You just need to listen to the words and understand that this was a man of immense feeling, peace and tolerance.

This new collection is special. It’s not just a compilation of Johnny Cash covers, as the companion to the book of the same title it brings to life unpublished sixteen poems, lyrics and letters by various artists chosen by his son, John Carter Cash.

The result is pretty magical. Whether you like or have even ever heard of the artists is somewhat irrelevant. What is clear is that each artist has gone about their contribution as though it was the best thing that they have ever done. The passion and commitment to each set of words if incredible.

From the opening Forever/I Still Miss Someone, the albums shortest track performed by Kris Kristofferson (words) and Willie Nelson (guitar), the scene is set for this quite remarkable collection. The last poem that Cash ever wrote – “Nothing remembered of my fame, nothing remained of my name” couldn’t really be further from the truth and the way the vocal is delivered is nothing short of spine-tingling.

Throughout the album there are words that would melt the Polar ice cap, declarations of his love for wife June are plentiful and even You Never Knew My Mind written about the relationship with his first wife is emotion down to the bone. Performed by the late Chris Cornell, whose own song Rusty Cage appeared on the Cash Grammy Award winning Unchained album, it oozes feeling, guilt and honesty in a truly powerful way.

Elvis Costello contributes one of the finest songs he has ever performed in the shape of I’ll Still Love You, a declaration of Johnny’s undying dedication to June and possibly written after her death, it would challenge the hardest of hearts not to buckle under its sheer beauty. Ruston Kelly and Kacey Musgraves interpret a letter in the shape of To June This Morning and Brad Paisley gives possibly the album highlight with the incredible Gold All Over The Ground which has to be listened to fully appreciate the special bond that Johnny and June had.

Forever Words is an album of very special quality, maybe not due to the artist selection but more to the way in which they respectfully transform beautifully crafted words into songs that the great man would have more than approved of. Each artist should be applauded for making this album a real tribute and John Carter Cash can be very proud of what he has achieved.

An album for thinking and, absorbing your whole being into. If you can listen to this album without shedding at least one tear then you clearly have no soul.