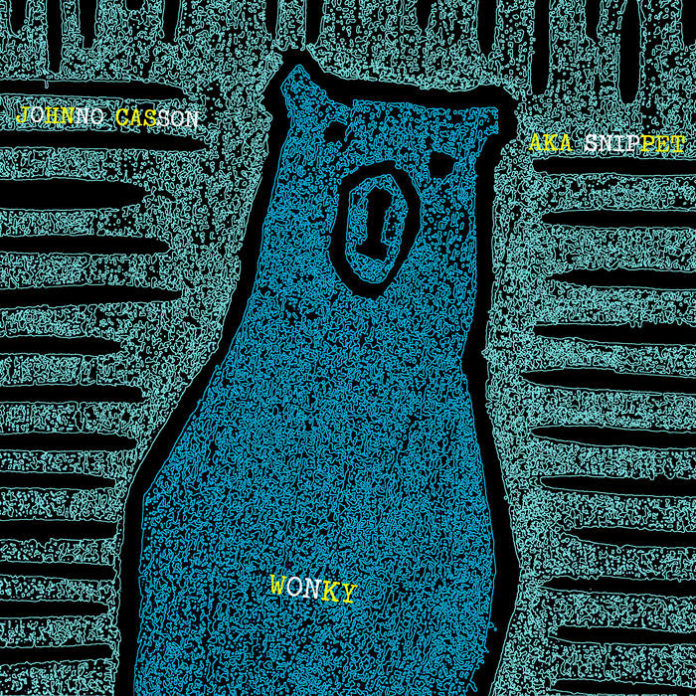 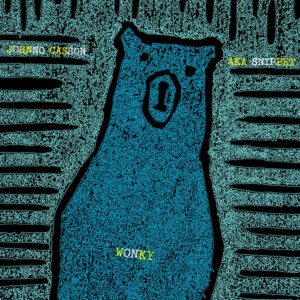 Fans, followers and supporters will know what to expect from a new Johnno Casson (aka Snippet) album. His quirky, crunchy world overflows with the finest mature pop that you could imagine and allows the middle-aged amongst us to be able to enjoy well-constructed, thoughtful pop. But, this is good pop, nay great pop, often perfect pop. Cassons ability to write catchy tunes with clever lyrics is almost incomparable in today’s music scene and has drawn comparisons to the likes of Ian Dury and Ray Davies.

Casson writes about the everyday stuff – depression, alcohol, life in general. It’s not all doom and gloom, there’s plenty of humour in his work and at the end of the day, it’s about everything that affects all of us.
Johnno Casson may not be a household name (yet) but ask almost any D.I.Y. artist of stature and they will know of him and his music. From Pulco to mylittlebrother, from Jay Stansfield to BBC6’s Tom Robinson, they will all profess an admiration for the man.

Wonky, his ninth album and his first since 2017s Human Good (excepting his brilliant 2019 best of collection) is more wonky (yep) sounds abound with infectious beats that will have you toe-tapping and singing before you know it. There’s the distinct possibility that you will have one of his tunes as your earworm for the day.

Album opener Wondering, starts us off with his account of a particularly difficult bout of depression. A tale of hopelessness and self-loathing, lack of meaning and darkness. It’s a brave way to begin an album but, it sets the scene not of an album that has little optimism but one that will make you think and will genuinely be refreshing to you.

Casson always has a sense of hope. Maybe it’s his warm tones, maybe it’s his wonderfully crafted instrumentation. Whatever his secret is it works and, Wonky joins the rest of his discography as a fascinating insight into the complexities and mysteries of the lives of each and every one of us.

Down The Swanny centres around the Brexit theme and how division and hatred seemed to enter all our lives in ways that we could never have imagined. The right wing con-men who persuaded many of us to follow a path that we probably didn’t want to take and, well, let’s not get into it eh? In short, the title says it all but where it succeeds is with a cracking melody and chorus that will have a four-year-old singing along!

If there was ever a song that summed Casson up then it would be Catchy. By name and by nature this is as perfect as pop gets. The chorus is addictive, the verses equally so and, you can almost see Johnno bouncing about, hair waving over his face as he laughs out aloud. It is, impeccable in every aspect.

Good Morning and Coding Army follow the same bouncy feel before Run hits hard. Another tale of confidence lost and desperation, hiding away from everything and everyone. It’s the other side of Johnno Casson but one with which the other cannot exist. It’s almost as though one is the tonic for the other.

There’s even a bit of electro skank with Last Orders which is a wonderful lazy Summer song. Sparse and simple. As album closer Wrap Your Arms Around Me enters the frame you can’t help feeling that you know the artist and, you’re a part of his wonky little world. This album is a journey, a short one perhaps but, one packed with enough emotion and joy to see any of us through the darkest of days and out of the other side. There is hope for modern pop and its name is Johnno Casson.