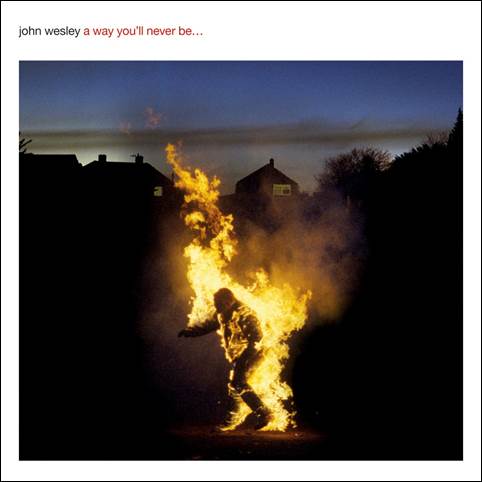 Renowned singer / songwriter & guitarist John Wesley has announced he will release his forthcoming 8th studio album ‘a way you’ll never be’ on 7th October 2016, and you can view the stunning cover art by Carl Glover of Aleph Studio (Porcupine Tree, Marillion) above.

John had this to say: “’a way you’ll never be’ was fairly big step for me in that I have worked extremely hard at bringing the two sides of my writing together; the “acoustic singer songwriter” and the “electric heavy guitar” elements. This album is most certainly the set of songs that has successfully combined my introspective lyrics with the aggressive type of guitar playing and writing that I love. Mark Prator and Sean Malone brought the songs to life as an amazing rhythm section. The themes of the lyrics, the melodies, and the playing make these my favourite, most cohesive and adventurous set of tracks to date. Stylistically the songs revisit some of the guitar music of the 70’s that grabbed me and made me want to be a guitarist. Sonically I combined those 70’s big guitar tones with the modern sounds available to us as guitarists today.”

In support of the album, John will head out as support to Marillion & Steven Wilson in the US & Canada and you can find the full list of dates below: