JOHN sail into Chester with Alffa in the lifeboat. Neil Crud is the harbour master.

Such is the saturation of pure talent within the scope of genres I love and follow, both JOHN and Alffa have somehow passed me by. I have John’s 2017 debut album ‘God Speed In The National Limit’ but have only played it once. In a world where time to actually sit, enjoy and absorb the brilliance bands and artists produce is at a premium, something has to give. Unfortunately for me, it was JOHN. Thankfully, that wrong has well and truly been righted and I have been properly Johnned.

Alffa hail from Llanrug, which is an enclave of Caernarfon. Nothing ever happens there, I mean, nothing… Determined to change that, Alffa deliver their own brand of Goriadau Du (Black Keys) and Strepiau Gwyn (White Stripes). It’s a two-piece garage-blues guitar and drum formula that is mainly stripped down to accentuate Dion’s six-stringed prowess. His palpable semi-gravel vocal ranges from subtle to whipped fury in both Welsh and English. Alongside him is drummer Siôn, a trusted beatmaster, ensuring the whole thing holds together. 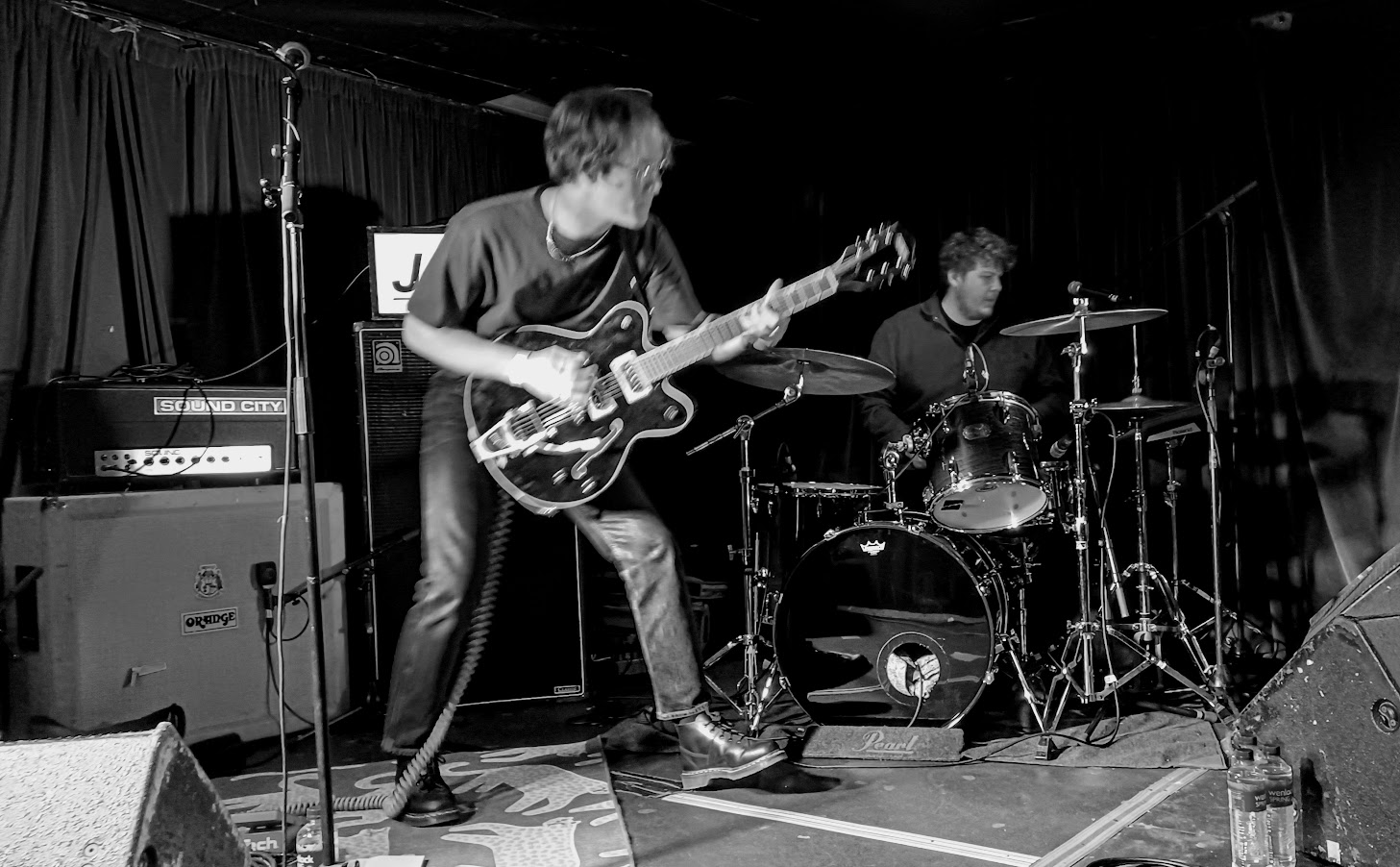 I was impressed by the performance, but on buying the album Rhyddid O’r Cysgodion Gwenwynig’, I was blown away – buy it, you’ll understand why. Expertly placed across the road from the train station in Chester, The Live Rooms have quietly been going about their business of booking great bands. Two stages cater for the big and the bigger, and tonight, the smaller room is pretty full of gig-goers eager to embrace and be educated.

If Alffa were the appetiser for a night of two-piece frolickism, then the main course of JOHN was something to gorge on. Both John and John with their relaxed demeanour gave us all a lesson in how to make an incredible wall of sound with only a guitar, an array of pedals and a drumkit. Far from being a racket, this was not only exciting and frantic, but it was also thought-provoking and life-affirming.

There was absolutely no need to apologise for playing songs from the latest album ‘Nocturnal Manoeuvres’, and on hearing the implicit enormity of Austere Isle and Jargoncutter, there was no option but to own that recording.

JOHN are thinking man’s (person’s) punk rock, they have humility, yet they provoke you, they enrage and enlighten you. Praise be to JOHN…

All words by Neil Crud, he presents the Punk & Beyond radio show every Monday night at 10pm. Follow Neil on Twitter – you can visit his author profile here.

Photo of JOHN by Paul Grace. For more of Paul’s photos go to his archive. Paul is on Facebook, Twitter, Instagram and his websites are www.paulgracemusic.co.uk & www.pgrace.co.uk