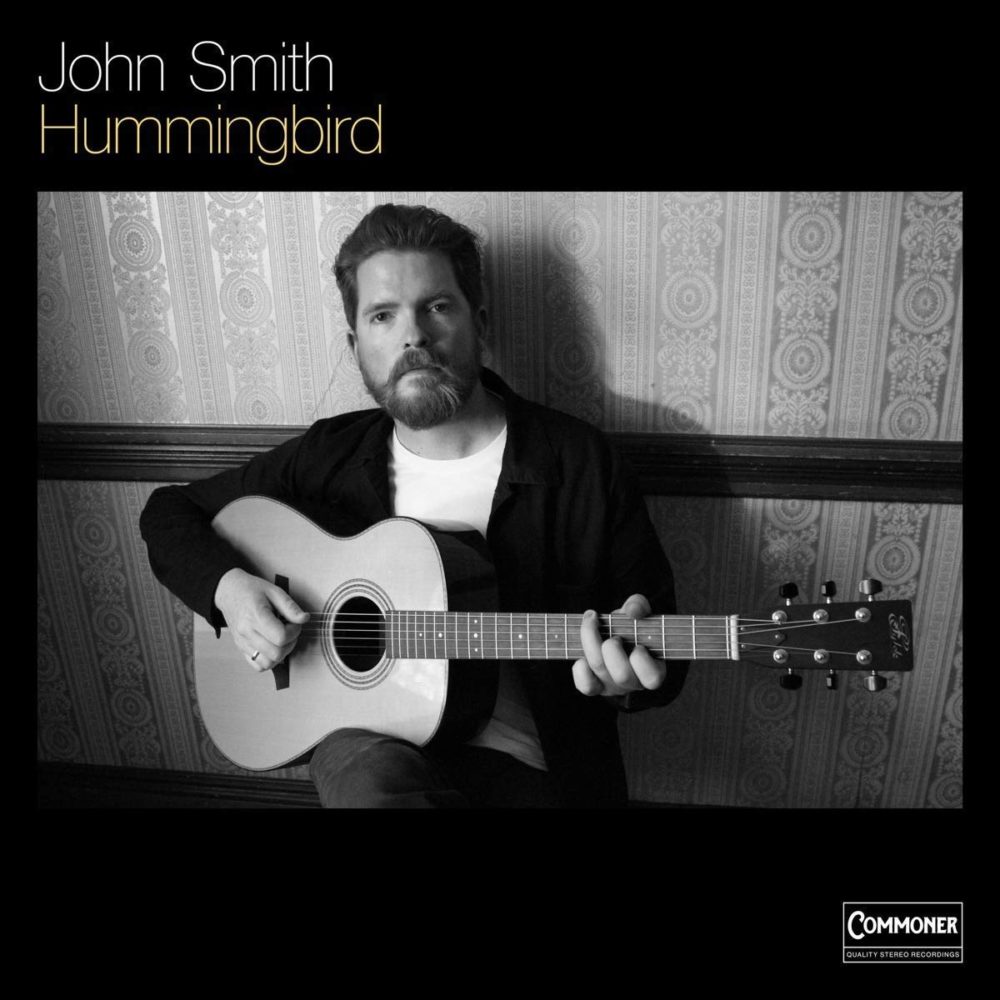 He’s talked about a teenage epiphany at the altar of folk music and he carries the weight of John Renbourn’s “the future of Folk Music” tag with effortless ease. On Hummingbird,  John Smith comfortably and seamlessly combines his own original work with the  traditional form.

Without resorting to the standard John Smith album review opening gambit of commenting on the commonplace nature of the  name yet how his music is uniquely sublime  and then we’ve gone and done it … for anyone who’s unaware, Hummingbird provides plenty of evidence to appreciate where John Renbourn is coming from.

Combined with the opportunities to play alongside and take the influence and spirit of Martin Simpson, Norma Waterson, Nic Jones, Joan Baez and many more, Smith’s latest recordings are now guided by Sam Lakeman  and a less is more mantra. The subtle and deliberately understated performances are added to by Cara Dillon, Ben Nicholls and John McCusker on an album that sets the scene  with the title track before taking on a number of traditional songs which he confesses to  having sung and played hundreds of times. A case of slipping into a comfortable and well worn zone.

There’s an almost Gospel interlude with the chorus backing vocals on Lowlands Of Holland before his own Boudica offers an underlying hint and brief wave of low key Morricone drama that’s held in check  before launching into a stunning mid album trio where Hares On The Mountain simply acts as an aperitif for a masterful  Lord Franklin as a genuine centrepiece  and Master Kilby that drifts along on a cool bed of gently picked notes and phrasing that’s something else. His own Axe Mountain (Revisited) could easily pass for a trad song – dark and with the Smith “don’t mess with a Devon woman” moral at its core.

The finale sees Cara Dillon joining him on Unquiet Grave – his idea of doing the well known song as a duet adds a different dimension to a well travelled song and brings the curtain down on an album that’s simply  a pleasure to listen to and then  halfway through the second or maybe the third listen of Hummingbird, there’s an epiphany similar to Smith’s own – you’re subliminally  listening to the ghost of John Martyn; to Dylan and Richard Thompson  and not so much to the future of Folk Music, but Folk Music present.

Five albums down the line; recording and performing with a genuine spirit of independence, you kind of know that the name, however ordinary,  is a trademark of quality, but Sam Lakeman has coaxed an inspirational performance from John Smith.

Watch John perform the title track from the album  here: