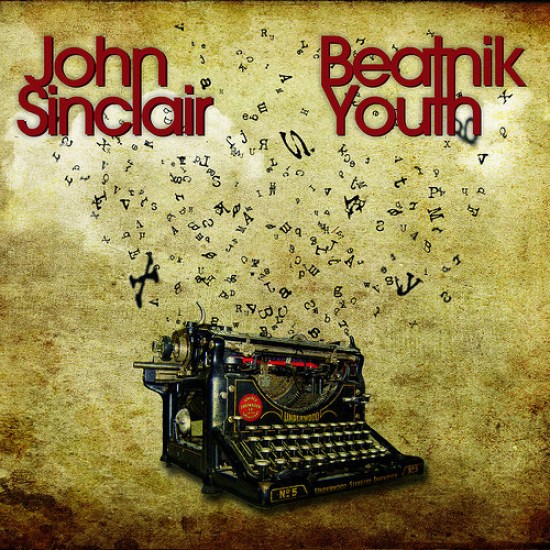 Detroit’s notorious ‘psychedelic gangster’ teams up with Killing Joke’s Youth to create an essential soundtrack to our volatile times.

Louder Than War recently reviewed John Sinclair’s mind-blowing ‘Beatnik Youth Ambient’.  As powerful as it is, that album was a taster for this sprawling, 13 track magnum opus.

Manager of the MC5, co-founder of the revolutionary socialist White Panther Party (set up in solidarity with the Black Panther Party) and a life-long political/cultural activist, John Sinclair has been celebrated by counter-culture icons as diverse as John Lennon, Henry Rollins and Julian Cope.

Quickly becoming a thorn in the side of the authorities, Sinclair was jailed for ten years for giving two marijuana joints to an undercover cop.  A massive ‘Free John Sinclair’ rally and concert was organised, featuring John Lennon and Yoko Ono as headliners, with Lennon penning a protest song ‘John Sinclair’ to focus attention on Sinclair’s plight.

Sinclair was eventually released in 1971 after serving two years, having missed the birth of his second child during his period of incarceration. The White Panther Party became the Rainbow People’s Party, reflecting its embrace of community activism, environmentalism, gay rights and feminism.

As the hippie dream and the revolutionary years faded, Sinclair focused on his poetry and cultural activism. Now jointly based in Detroit and Amsterdam, Sinclair has his own radio show and works with a wide variety of collaborators on spoken-word and music projects. A chance meeting with UK producer/bassist Youth led to the recording of ‘Beatnik Youth’ and its chilled-out sibling, ‘Beatnik Youth Ambient’.

‘Beatnik Youth’ opens with a glowering recitation, ‘Testify’, as Sinclair tells the tale of how his life evolved from an upbringing of “relative privilege” to that of a beat poet living a hand-to-mouth existence.  Sinclair’s Detroit drawl is easily as compelling as that of Iggy Pop, but the veteran warrior-poet brings all his years’ experience of live recitals to bear, growling and stretching out words and phrases with a passion undimmed by the passing of time.

Next up is ‘Good Stuff’, and we’re straight into ‘High Times’ era MC5, a churning three chord guitar riff under-pinning heartfelt lyrics as Sinclair celebrates the sheer joy of discovering black music- blues, R&B and soul- in contrast to the anodyne white pop that dominated the era’s radio stations.  Sinclair quotes lines from Bo Diddley’s ‘Who Do You Love’, revelling in the diamond-hard poetic imagery of the song.  Gospel backing vocals are introduced in this track and appear again throughout the album, under-scoring commonalities with Primal Scream’s 1991 classic, ‘Screamadelica’.  Youth marshalls influences from free jazz, rock & roll and dance culture across the album’s 13 tracks, creating a euphoric atmosphere that harmonises perfectly with Sinclair’s galvanising words and imagery.

‘Beatnik Youth’ is arguably the pinnacle of Sinclair’s many releases; Sinclair and Youth have succeeded in drawing the connections between music, counter-culture and political activism of the 1960s with the broiling turmoil of the present day.
This is an album that draws on the past to provide reflection, inspiration and hope for the future.

Are you ready to testify?