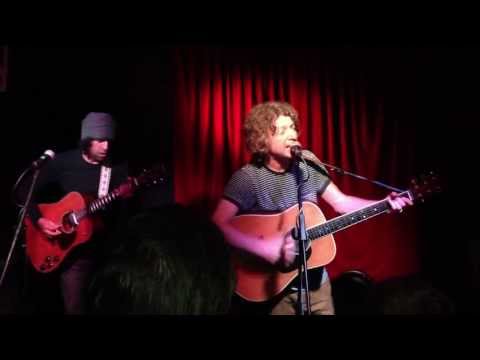 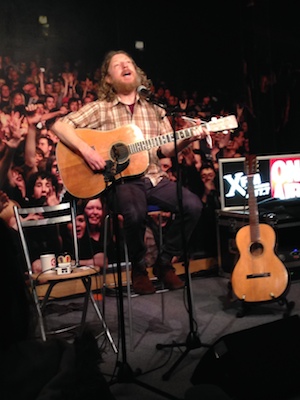 To many Cast are the quintessential Britpop group. With a host of top 20 singles and 3 top 10 albums to their name, along with the La’s they were dubbed the best bands from Liverpool since The Beatles.

John Timothy Power played in both; he achieved commercial success alongside Lee Mavers in the La’s before forming Cast in 1992, the band emerging during the Britpop movement of the mid 1990’s.

Today I watch Power stripped down from the jangly-indie pop that made Cast so well loved, at XFM Manchester’s performance area in front of less than 30 people.

“We spread our wings,

In search of truth and all it brings ….”

Next up was Live the Dream again from the Liverpool bands second record and one of cast’s finest moments. The track is beautifully tender and incredibly personal. Power then revealed that Live the Dream is his “tattoo song” and explained he’s been approached by young lads who had the lyrics “Someone will always be more than I’ll ever be. So then I’ll be myself” tattooed along their arm.

Power then proceeded into a stripped back version of Cast’s first single Finetime and Walkaway, both performed with incredible aplomb and from this evidence it’s easy to see why Noel Gallagher described watching the band live as being like a “religious experience”. Both tracks are taken from Cast’s debut LP All Change (arguably their finest hour) which earlier in 2014 was re-mastered and released as a 2CD deluxe edition, complete with exclusive bonus tracks.

Power embarks on an 18-date acoustic tour which commences on March 24 in Leicester and finishes up back in Liverpool at Erics on May 10. If you do anything over the next couple of months, go see John Power.