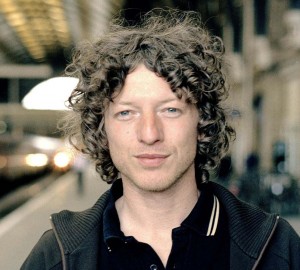 After a 3 date warm up just before Christmas John Power and original line up, Skin, Pete and Keith are readying themselves for a UK tour in March, the aim being to showcase some of the new material which sees Power offering a new and different side to the bands sound whilst modestly admitting that the band sound as good as ever.

He tells LTW what inspired him to write this; Cast’s 5th album…

LTW: About 10yrs since the last Cast album isn’t it…

John Power: Well I put the Cast stuff down and left it and went back to a more rootsy and folk sound then did a couple of solo albums, after that I went on to The La’s again with Lee around about 2005 which was nice to get back too for a bit; then slowly and surely it started again, so I then got the will to want to try and do another Cast album which was about 2 years ago when I started writing it – there were a few tunes that didn’t make it though but it wasn’t because they weren’t good enough it was just we ended up picking these 12 songs for the album.
That’s the way it goes really isn’t it some times, when your so close to something you put it down and fall out of like with your self and who you are then you know, its starts to re-kindle its self.

LTW: The Cast tunes we all know and love like Fine Time and Sandstorm really weren’t doing it for you then”Â¦ You fell out of love with them?

JP: I just didn’t have the heart to play them as I think I must of played them so many times, I think you’ve got to be in a place where they feel good to you, as I kinda said when Cast split up – I really just walked away and turned my back on it and those songs.

I think I had to go away and make sense of what I was and what they were you know, its part of growing up and because writing the new Cast album it started to make me feel like I could play those songs again, and its because I was writing some new material I really found that love again for playing Walk Away and others, when I play them live with the band now they feel as good as they ever did if not even better really, you know what I mean. 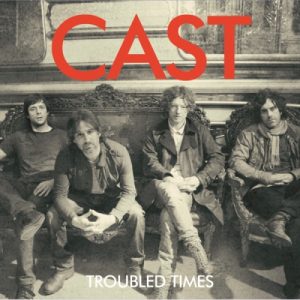 LTW: Are the songs from the album songs you’ve written over the years or are they all quite recent tunes?

JP: No, I mean I’ve written other songs in those years and there’s probably another album or half an albums worth of material over from this, I’ve got a few songs floating around. The majority of these songs except apart from maybe the odd middle eight, if that- where all pretty much written in the last 2 years.

LTW: Troubled Times, they are indeed, the title says it all and it’s a sentiment that’s going to strike a chord with many who listen wouldn’t you say…

JP: Well that’s what was inspiring me though there are one or two teenage love songs on there, maybe one real deep love song and the rest of the songs were all kinda me making sense of what I was feeling or what I was seeing, you know, a kind of frustration, looking at the TV and the papers, looking out the window, walking down the street.

There’s definitely been a under current for some time and it’s been brewing for a while now, all the economic problems, all the social issues and the greed..! These are things that have always been here but they seem to be coming to the fore more and more.

But saying that it’s not a political album at all because there are songs on it which are kind of personal and observational, the band and the songs and my self are projecting what we’ve seen and if you look around every bodies feeling the same but expressing it in different ways.

LTW: Time Bomb, Bad Waters, Silver & Gold – some great tunes on the album but what was the first song/songs you wrote for it, that laid the foundations for the album?

JP: I suppose Time Bomb, Bad Waters and I’m not Afraid of the World started things really, the rhythm in Time Bomb and the rhythm in I’m not Afraid of the World and that rhythm you’ll find among several tunes, its very much like that South American rhythm but then its kinda British as well as we sort of developed it on the acoustic and it kicked off, really dictated and inspired in all of the album, you can find it in lots things on the album and it gave me the energy and the enthusiasm.

I think the whole reason I put the Cast thing down was because every time I picked up a guitar it was like a parody of what Cast was and what I’d done previously but with out the verve and the real intent, it just felt like the novelty had worn off so that’s why I went off and played a lot of folksy rock’n’roll stuff on the other albums then came back and I had this kind of rhythm you’ll feel in the album, it gave me the feeling that it felt right and to be honest with you most of the album is the least sort of thing that Cast have done previously, we’ve cut it some slack and given it some space unlike it being tight, regimented and restricted, you know, so this rhythm kinda got me going and I felt I was on to some thing, and then started to write the lyrics.

LTW: The album does sound like a progression or some thing new from what the band have recorded in the past, which is great, how about the reactions as a whole?

JP: Well I’m really happy with the album, not in the sense I’m sitting back but I’m interested to see how people view it, especially the die hard cynics and haters who just tare stuff apart, they’d tare us apart no matter what I did really..ha ha you know, but I hope there’s people out there who’ll listen to it and feel the freshness, I feel its a fresh album and I feel its a current album, its not a looking back album, it puts us into the present and it makes me balance with the past.

LTW: And your all back together again as its the original Cast line up isn’t it, as well you teamed up with John Leckie again to record “Troubled Times”…

JP: Well I suppose it was a bit of a bolt of the blue for them because I hadn’t really seen them for a long time but I just rang them up and said I had an album that I think is a Cast album, shall we do it…? they probably thought “hang on” as it had been something like 8 years since I’d seen them, you know but we did the tour but at the same time people were doing their own thing, like Keith was tour managing, so we did the tour and I said to them its a revolving door, original members get involved in any way which they can Peter got involved, Skin’s very much involved and Keith unfortunately was working away on the road doing a bit of tour managing so Steve who’d played on my solo albums and with Weller played on the album, which brought something different to the parts you know, then later we got together and Keith said he was up for the tour, which is going to be great. It was a joy to be back and I forgot how great the band were, I really have a lot of love for what were doing…. and John Leckie was on board, I get on with John amazingly and he’s a really beautiful guy. He kinda came round and listened to the songs and instantly liked the rhythm, it was really great for us to work together you know, the band were doing takes and takes and he would just say “that’s the one”, you need some one like that. Its funny though that it’s the band back together and working with John again but we were trying to forge some thing new and not to replicate what we’d done in the past and I really think we’ve done that.

LTW: The band played those three dates before Christmas I guess to get a few live shows in for the tour coming up…

JP: Yeah, we tried out about 6 or 7 new songs to see how they’d go down and it was great, I cant wait to get back out playing in March when the albums out and get these tracks out there, the tour starts off in Sheffield at the Leadmill and there’s about 8 or 9 dates on the tour, some of the same venues we played on the last tour, so yeah, were all really looking forward to it.

LTW: And lastly John what is it about bands that came from the 90’s, like Cast still being so popular, The Happy Mondays are now back plus the Roses obviously, and bands like Space and Dodgy are all playing new material and touring for 2012 too…

JP: Yeah, well somebody wrote me a few notes and pointers on this actually, I suppose a lot of people are performing, yeah! And whether some of that is a nostalgic trip I don’t know, you know I think there’s something different between performing with a new album and just getting back for a tour or two… I thinks there’s a novelty look for that different or younger generation but I do think there’s probably not that much going on right now, maybe its the guitar bands but there’s something lacking in the Industry and the scene today but I’m not to sure, you’d have to ask the people of a younger generation to ask maybe why there isn’t anything coming through, maybe now with what’s happening economically socially & politically you might get a few bands coming through with a bit of energy. But once a band has made something and made a point in history there’s always that point of interest that keeps the fans that they had and they’ll also have people who are younger and never seen them before but got their records and come and check them out.