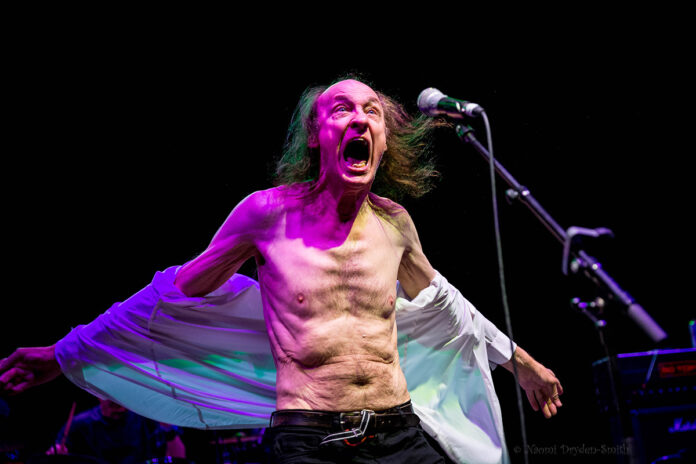 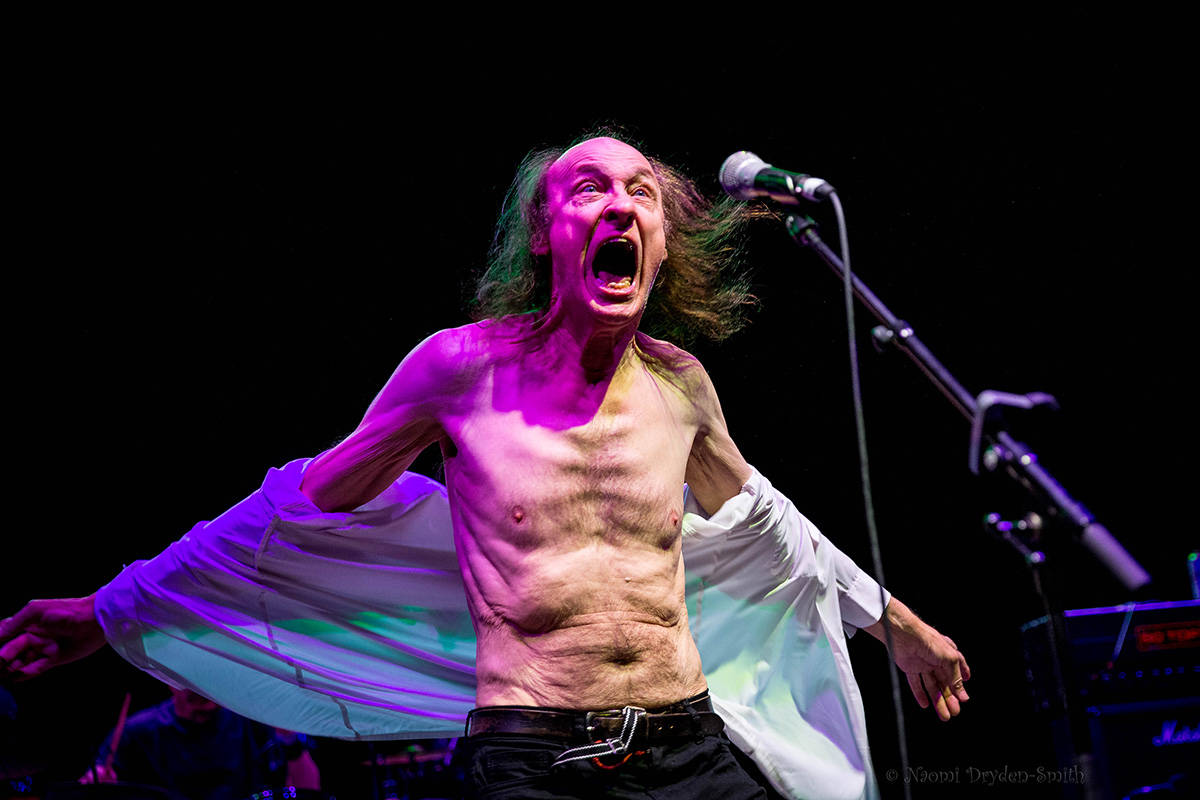 Some people are a tour de force, whilst others are forced to tour.

John Otway is of the latter variety, and it was well worth experiencing his 5000th concert, held at the iconic Shepherds Bush Empire.

The audience was surprisingly varied, ranging from 21 to 81. Otway’s fans include a plethora of students who have latched on to his unique brand of eclecticism, which seems to be the order of the day at his events.

This mercurial maverick once said he even failed to be a failure, which whilst self-deprecating, is far from true. After all, he has been a micro-star at just about everything in the entertainment business and the arts, including acting, scriptwriting, comedy and music. Surely these combined achievements indeed by default deem him a resounding evergreen success. 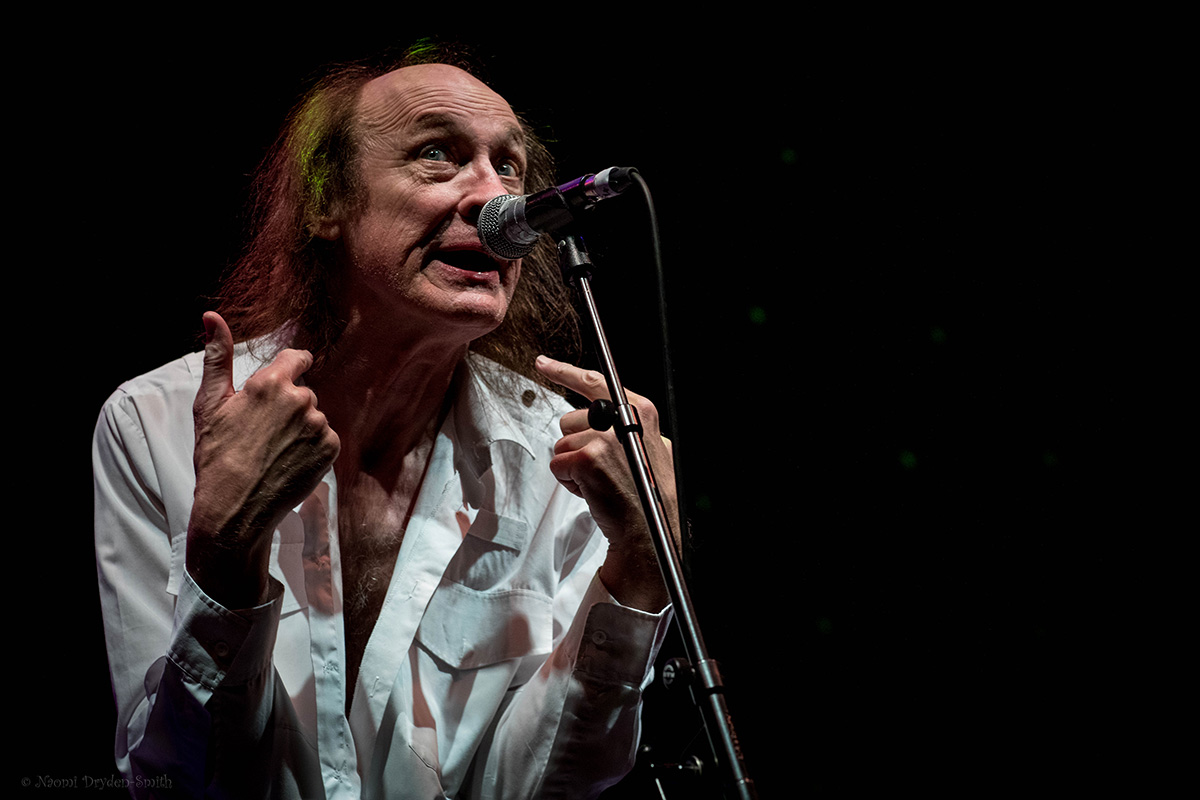 The first set was played with his long-term comedic cohort Wild Willy Barrett, experimental musician and multi-instrumentalist, and what a fantastic act it turned out to be.

Performing an outstanding version of Really Free to a crowd who joined in with every refrain, the set was augmented by Two Little Boys , Body Talk, Best Dream, Misty Mountain and the deliciously delirium-orientated Best Dream.

The first half culminated in a standing ovation, and that’s quite an achievement. After all there was another half to come, and that was most certainly worth waiting for. 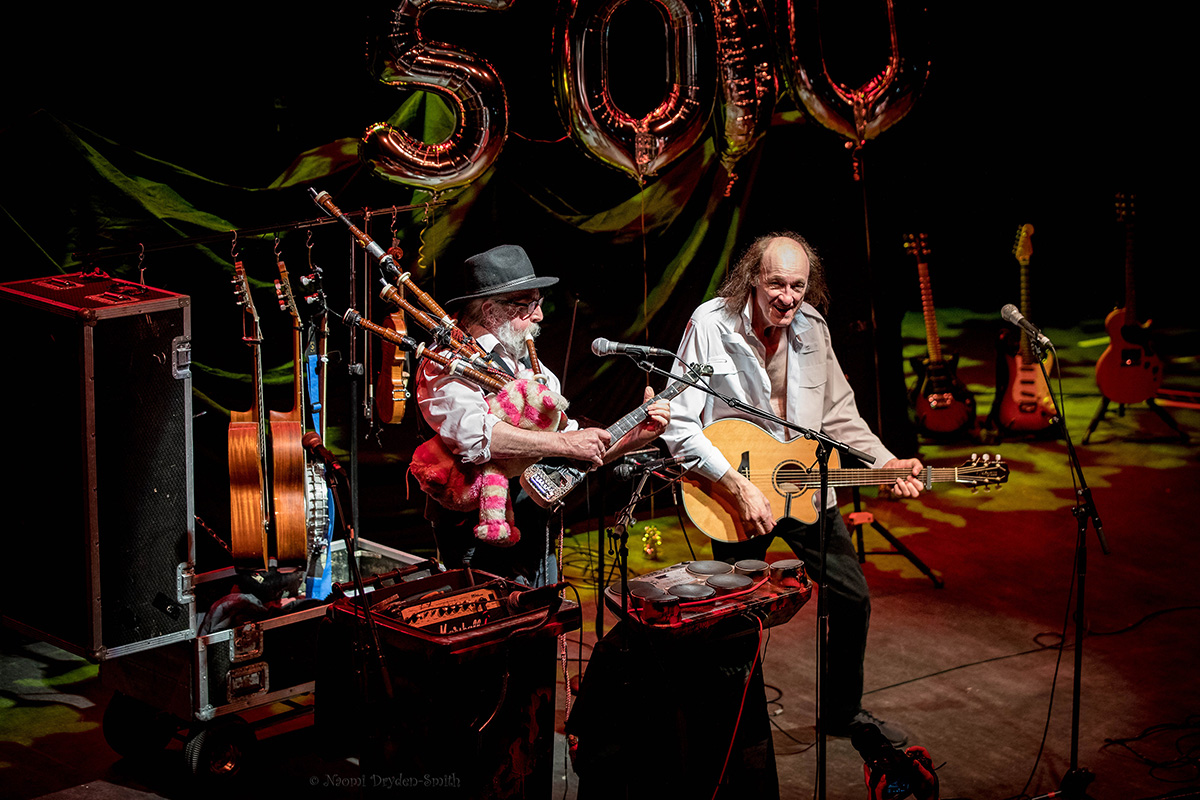 For the second half of thiis brilliant production, replete with fabulous light show, we were treated to the massive hit Bunsen Burner, with the entire audience joining in the famous ‘Burn Baby Burn’ chorus .

A sardonic rendition  of Delilah was hilariously performed with Otway spitting out the venomous lyrics with a deadpan droll delivery that made the macabre lyrics of the Tom Jones classic perniciously poignant.

Seagulls On Speed was another highlight, providing a perfect vehicle for Otway’s acrid ‘nail bitten’ wit and use of double meaning vernacular.

The band, who have retained the same line up for 30 years, was so tight they really provided the glue that bound Act 2 together. With the group’s brilliant arrangement, the highlight of the set and indeed the whole evening was the raucous version of Beware Of The Flowers, which was arguably a third hit but Otway, in his inimitable style, insists it doesn’t count as it was merely the B-side of Really Free. 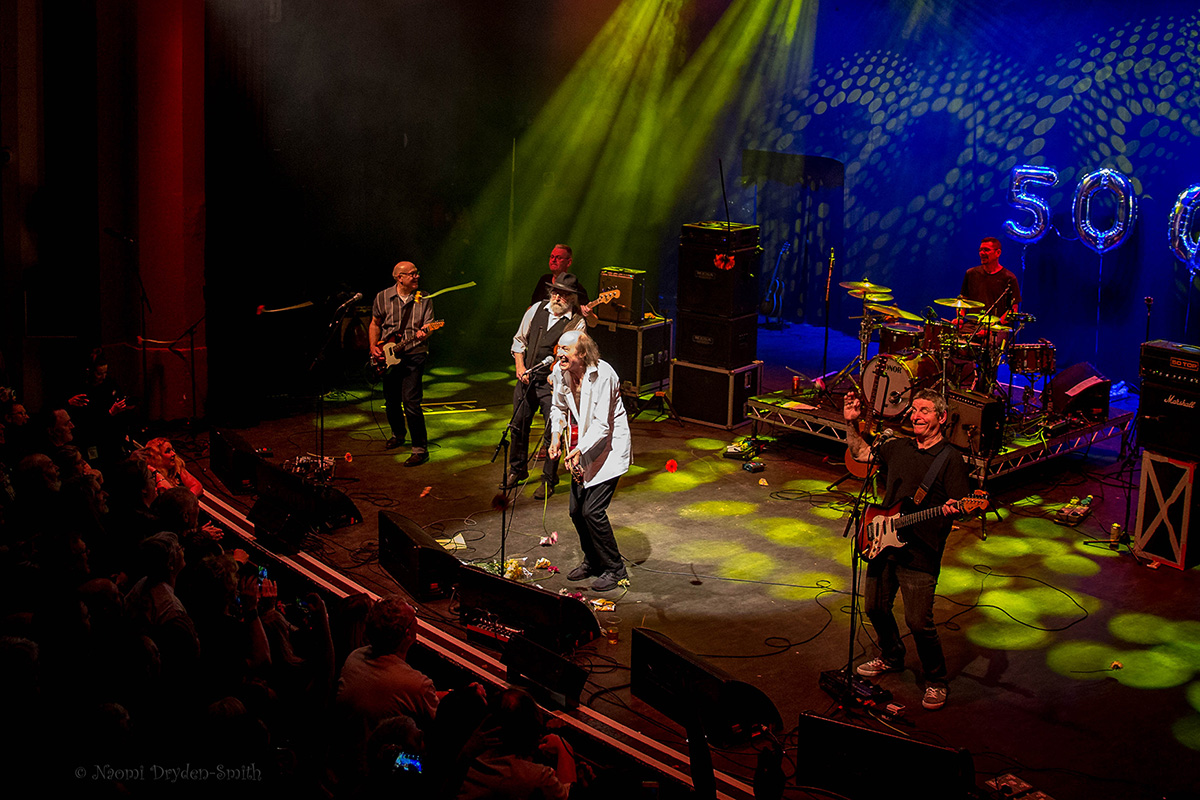 What I really enjoy about Otway’s performance is the fact that he still uses a lot of physical comedy and knows how to inhabit space almost like a honed music hall act, veering somewhere between Harry Champion and Charlie Chaplin on acid.

Call him what you will he is surely a phenomenon! A legend of the ‘one off ‘ variety.

Needless to say a second standing ovation was inevitable and well deserved.

If you get the chance to see him play solo ,with Wild Willie Barrett or alongside the complete band, I could not recommend the experience more highly. 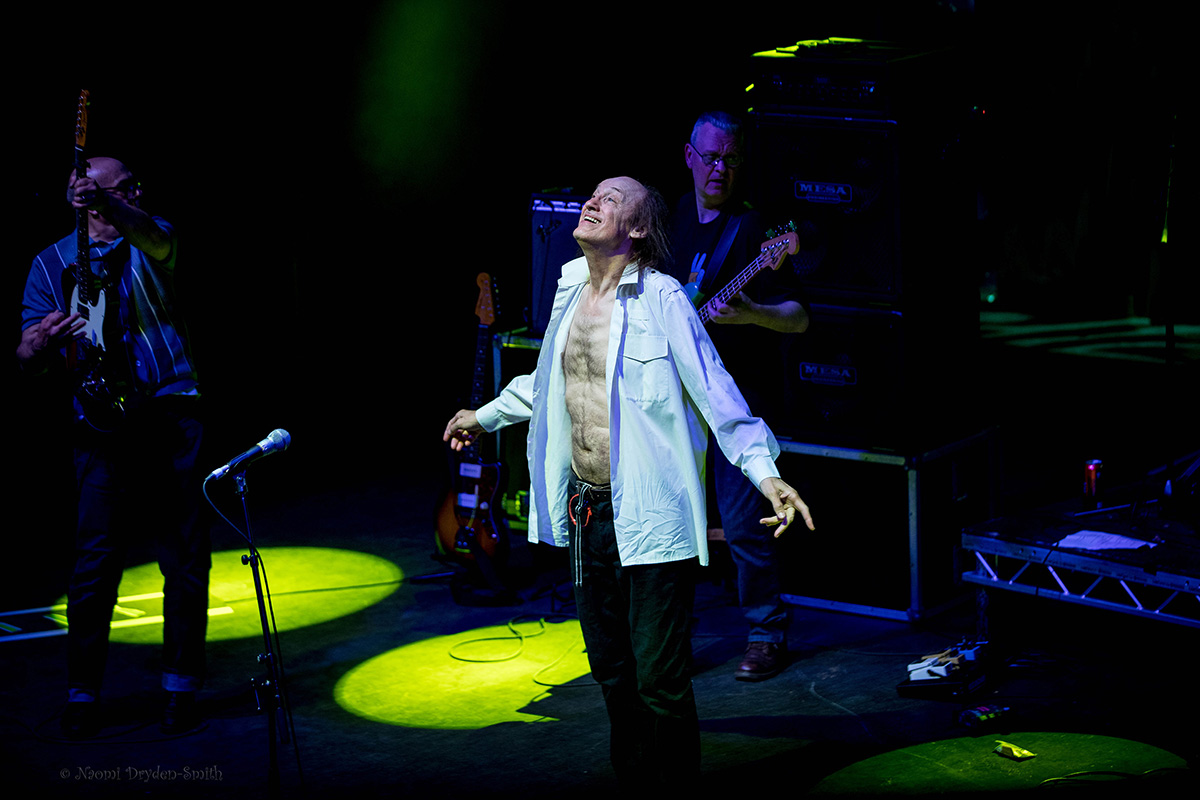