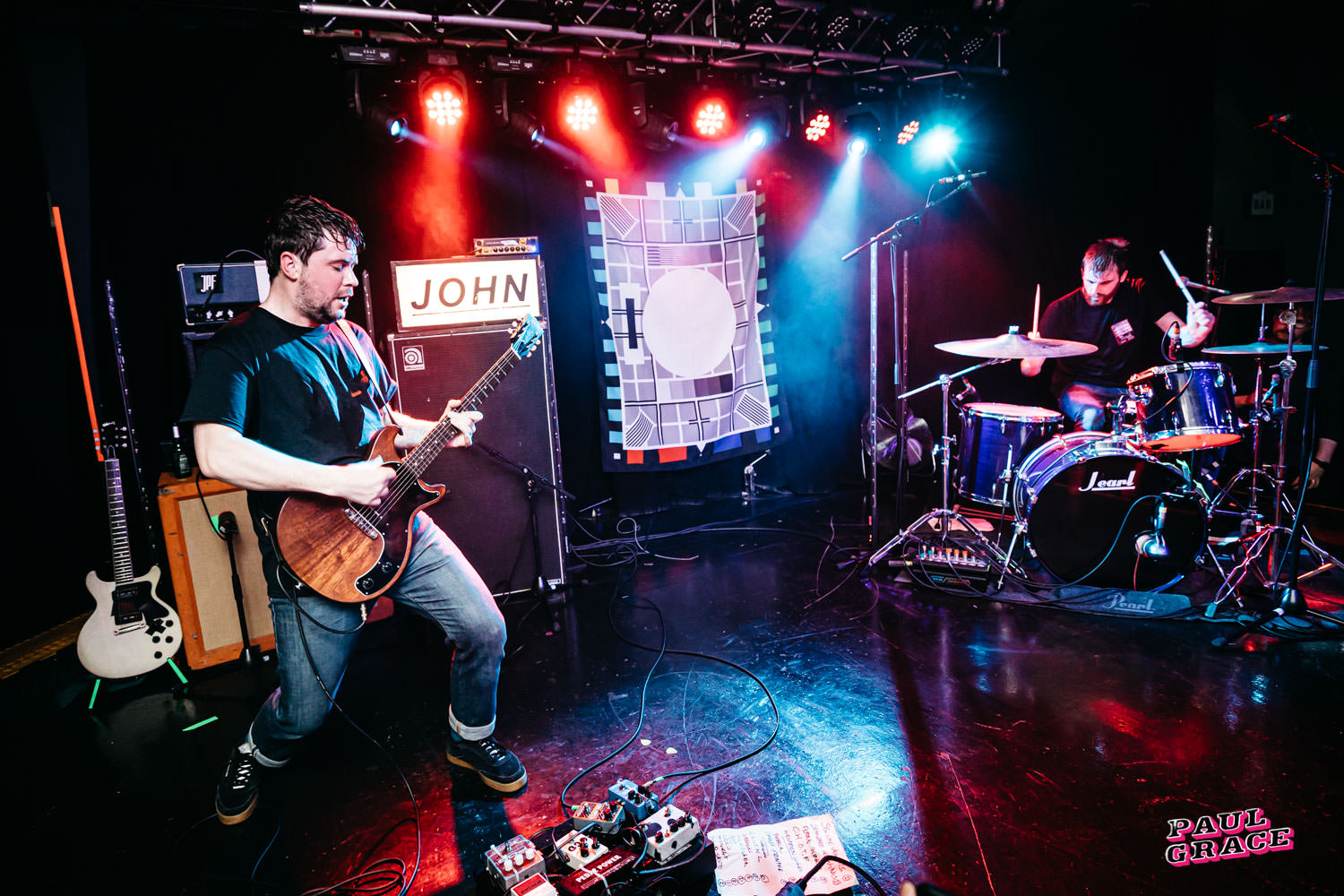 John unleash their tsunami of sound on the capital and tear a hole through East London. Paul Grace survives the sonic boom and photographs/reports for Louder Than War.

It’s been quite a year for Crystal Palace two-piece John. Their last record, Out Here On The Fringes, dropped in October to wide critical acclaim (read Wayne AF Carey’s review here), and it peaked at number two in the Louder Than War’s contributors’ top albums of 2019, beating the likes of Fontaines DC, The Murder Capital and Sleaford Mods. Iggy Pop and IDLES are fans, and barely a day seems to pass that BBC 6 Music doesn’t play one of their breakneck tunes.

Now on a huge UK/European tour, tonight John bring their unique art-punk rage to the capital for a show at Hackney’s Oslo. We’re treated to two supports (yay!) but due to delays on the ginger line, I arrive just as first band, Sans, are finishing their set (boo!). Sans sound great from what I hear though (sorry guys – I promise to come and see you again!).

Next up are USA Nails who impress with a set of spiky punk barbed with satire and heavy distortion. Vocal duties are shared between Gareth Thomas and Steven Hodson which adds an interesting dynamic as the voices bounce from one side of the stage to the other. 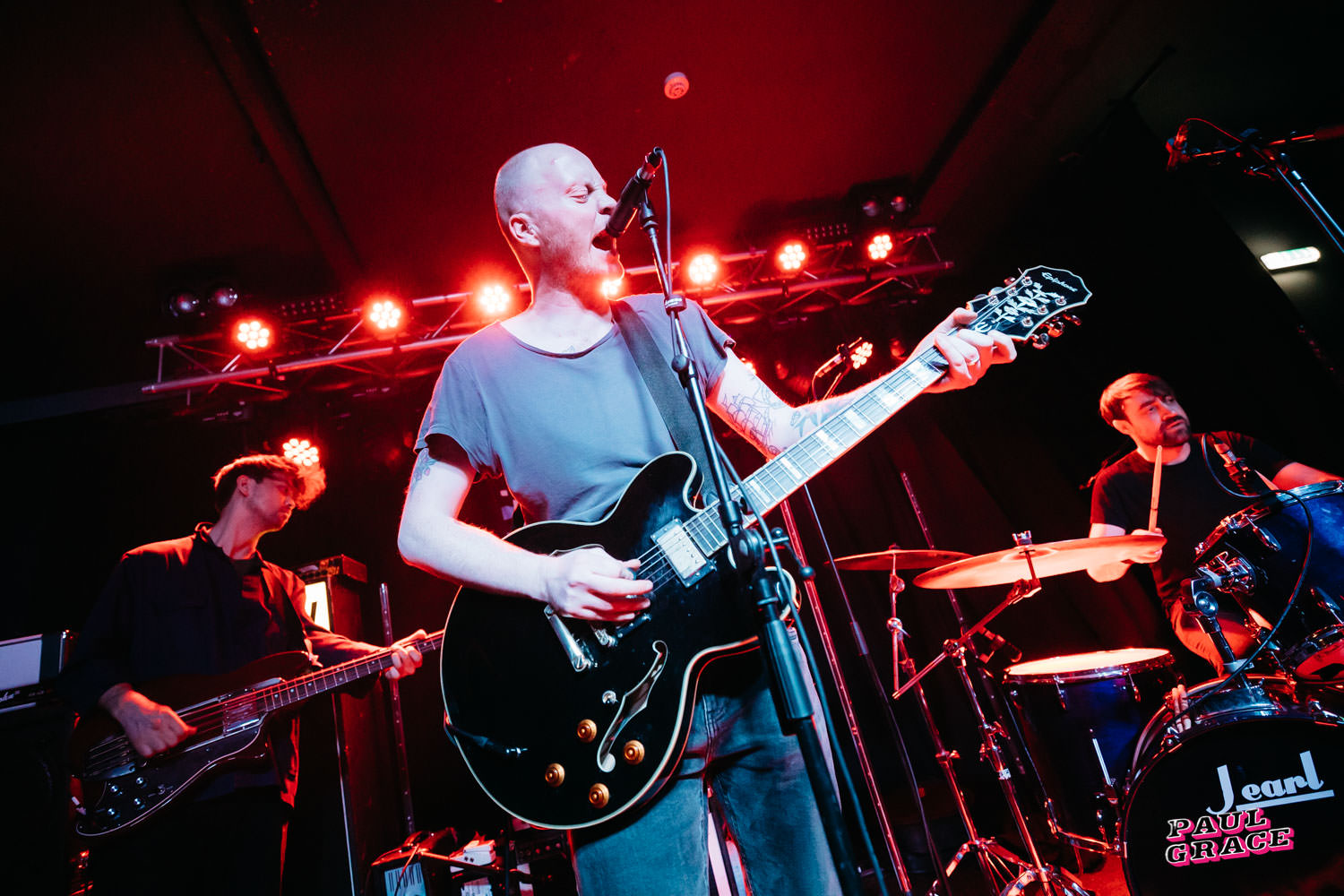 At 9pm the house lights dip and John hit the stage to a huge welcoming cheer.

The duo open with Squad Vowels, from 2017’s God Speed In The National Limit. It’s a relentless attack from the start, as John Newton punishes the drums and yells his frenzied vocals, while Johnny Healey thrashes the guitar and stomps on his fx pedals. Already the magnitude of the racket these two are making beggars belief and clearly defies the sum of their parts. 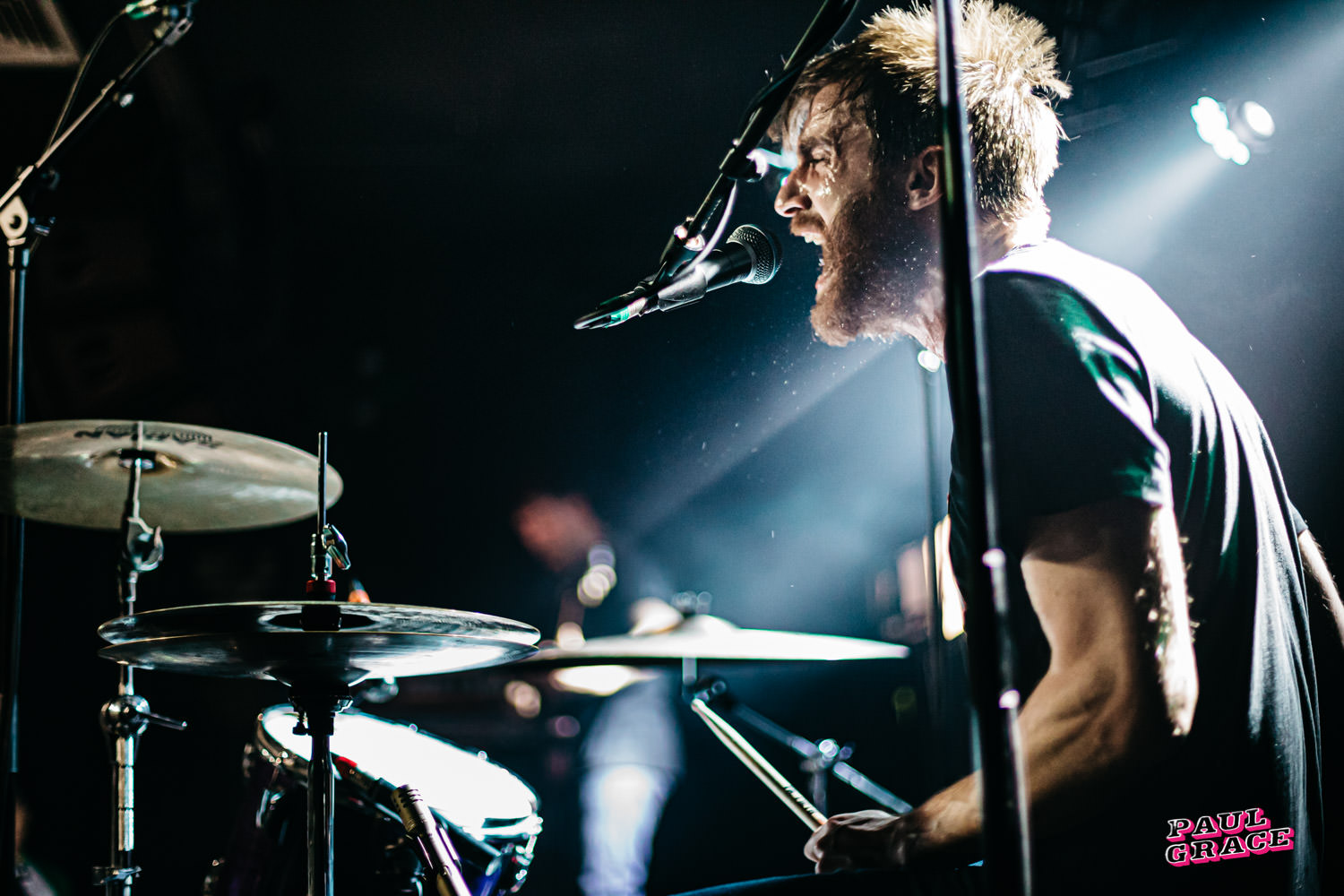 The capacity crowd does take a little while to get going but when they do it’s carnage. The reaction to last year’s Future Thinker is spine-tingling as arms, legs and faces fly everywhere, as the owners of said limbs succumb to the intoxicating mix of sound, sweat and booze.

The darker tribal percussion of Out Here On The Fringes steers us into moodier territory, as Newton chants its trance-like chorus, “The bodies lined up, the bodies lined up”. Throughout the show, equal amounts of gratitude and humour are shared as Newton engages regularly with the crowd. 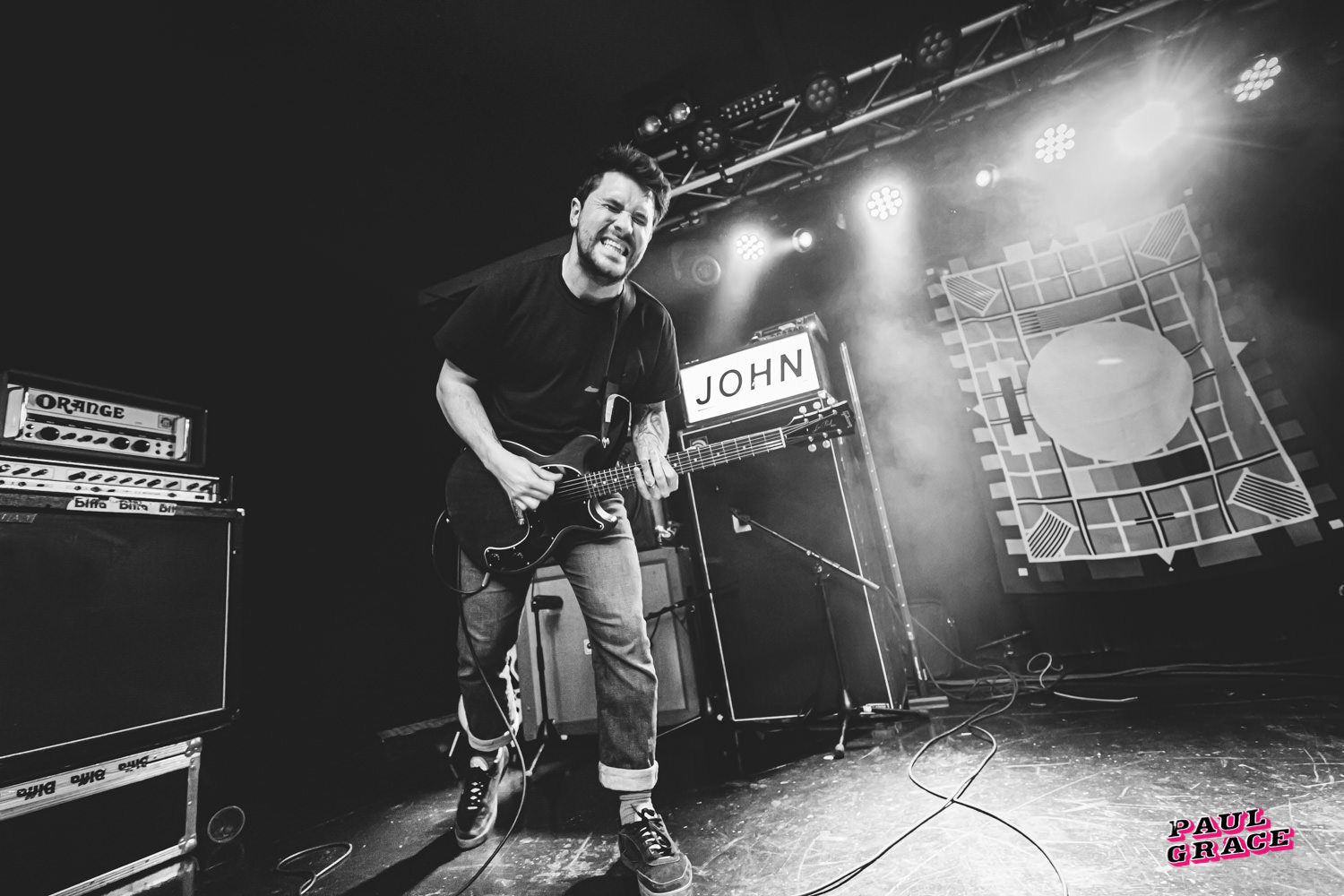 The lights are dimmed for the beautiful eerie ambience of Midnight Supermarket which offers a brief respite from the nosebleed assault, ahead of the final track, Solid State, when, with dials set to stun, the boys unleash a true weapon of mass destruction. Suddenly everything appears (even) louder; the guitar sounds fiercer, the vocal nastier, and the low-end blast of the bass amp kicking in sweeps over like an MDMA rush. Ooof. This is John at their exhilarating best, and as they leave the stage I’m left covered in sweat, goosebumps and beer.

There’s no encore – it would be pretty much impossible to add anything to that finalé – and as the lights come on many of the crowd appear in a state of awe. “‘Ere mate, are my ears bleeding?!?”, one ecstatic punter asks me.

Yesterday the UK left Europe. Now they say that in times of division and oppression art becomes more subversive, more clever, more angry. Well, clear validation of this is tonight’s show, and while our “great” world leaders are erecting walls and closing doors, the disenchanted amongst us can take great comfort in gatherings like this, in being among like-minded souls, and in the catharsis of John’s sonic wrecking ball.

It may only be February, but we already have a strong contender for personal favourite gig of the year.