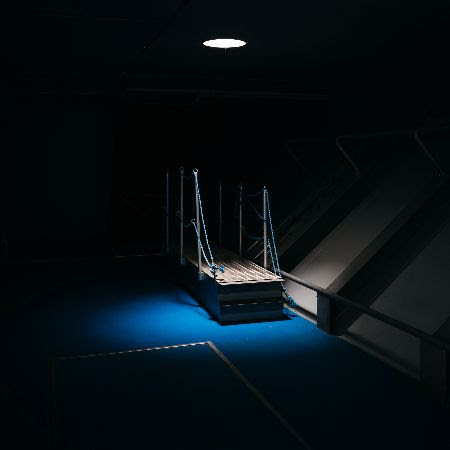 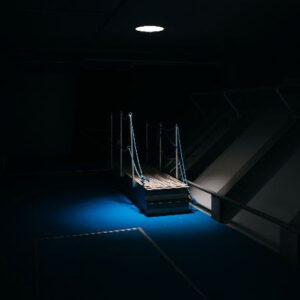 JOHN are back with album number three after two years hunkered down in the studio. If you caught last album Out Here On The Fringes (reviewed here), which clinched our number two slot in the albums of the year poll you won’t be disappointed. It’s a mammoth step that should see them leap into the realms of hardcore punk we’ve not heard since the days of Jesus Lizard and the heavy scene of noise bands from DC era. Wayne AF Carey (the clue is in the initials) reviews…

After being hammered on 6 Music over the last few months it’s quite easy for other big music sites to mention the name Idles when trying to describe the sound of JOHN. They sound fuck all like Idles for a start. Listen to the first two albums and tell me there’s any similarity and I’ll tell you to… Don’t get me wrong, I love Idles but if you ask me which gig was better between Idles at The Ritz, Manchester or JOHN at The Castle Hotel, Manchester you will know my choice. I’ve never been blown away so much by these two normal John’s as that memorable night two years ago. You just knew there was something special about these soon to be hardcore titans that are going for the jugular. Anyway let’s talk about the album…

Opening track Return To Capital lulls you in with a seriously mellow guitar intro that builds into an dark web of sonic noise. Layered feedback backed by a single crashing drumbeat that goes into doom metal territory. Then BANG! Sibensko Powerhouse slams in like a hardcore hammer. Cranked up to the max with a pacy drum beat and a mental riff backed by the throat ripping vocals of John Newton. The riff changes are fuckin’ grand throughout. A Song For Those Who Speed Up In Built Up Areas sounds tribal and heavy, a squall of rich noise and tight as fuck drums building the momentum with those rough vocals.

Haneke’d is a hardcore thriller with distorted double vocals from both Johns that pummel your brain with some stunning crashing guitars that never let up and the finale just rips your ears with feedback. Austere Isle sort of slows the pace down if you can call it that. Newton sounds angry angry angry as his vocals batter you and it’s a dark moment that slowly fades away into the corners of hell. Jargoncutter is the dogs and cats bollocks rolled into one gene pool. A ten second slow intro that whacks straight into seering guitars well above the speed limit with a mental piece of drumming and riffery. Motorhead on speed? Fuckin’ right. A total riot of ripping noise. “She sold the seashells on the seafront” I bet she did judging by this sandstorm of headfuckery!

Stadium Of No continues the riot of clever hardcore that bludgeons the senses into submission with a mental shredding of sheer noise that thrills and ends abruptly with a bang. Newton says of the track: “In parallel to the recurring motif of twenty-four hour work that runs throughout the album’s track listing, stadiums appear as hopelessly redundant monuments when they’re empty – only activated by the bodies that inhabit them. The song’s a nod to the often-overwhelming conditions of our present: a stadium-like crowd of opinions trying to shout on top of one another.” There’s no getting out of here now.

Power Out For The Kingdom goes all dark and foreboding with the atmospherics building alongside a hypnotic beat and the guttural vocals that chill and thrill in the squall of guitar effects which spread this track into five minutes of mental hardcore glory. Northwood Turret slams in and ramps up with noise proclaiming “Ham fisted like a brick, that grazed the glass of a TV set” in a guttural delivery swamped with powerful drums and a riff that threatens to explode. Closing song Nonessential Hymn is a fast paced punk wigout. Six and a half minutes of fast paced drums, echoed 40 cigs a day vocals and a big fuck off slamming riff that builds and builds, slows down, then goes into meltdown with a Sonic Youth style piece of repetitive squall that’s not for the faint hearted.

A welcome return and a culmination of non gigging boredom ready to be let loose live at a venue near you. Expect this to be in the end of year best albums polls and invest in some earplugs (or not) for the riot that are JOHN.

* = day to be announced
# = supporting Mclusky