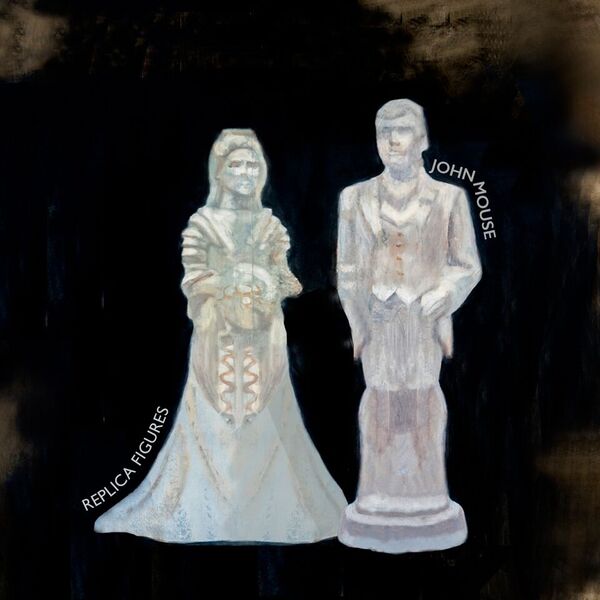 Keep Me In Your Heart Records

John MOuse is a distant cousin of convention. In fact he and convention are barely on speaking terms. It’s an indictment of the modern music scene that someone like Mr MOuse has to crowdfund an album. It’s also a glowing endorsement of the modern music scene that Mr MOuse can successfully crowdfund and release an album; credit where it is due to the mighty MOuse massive that funded it too. His fifth album, produced by Sweet Baboo, shows him in a dark turn of mind.

So, he’s already irked the grammar purists with the double capitals in his stage surname. The squeamish are up for being irked next, as album opener, End Of Mankind, evokes the grimmest set of images you could consider offering as a sonic starter. What seems to be the precis of a novel’s plot, MOuse uses these images not to bemoan the end of reasonable humanity, but to parody millennial writers whose scripts pedal consistently-polarised bleakness to ever-more demoralised readers.

It’s one of his spoken word pieces (with a sung chorus), reminiscent of H.Grimace’s 2017 track, 2.1 Woman. The King And Jesus Ganged Up On Me is an absurd, slightly paranoid spoken piece, including the King landing a helicopter in the centre circle, interrupting an ongoing football game. It’s reminiscent of the atmospheric poetics of The Blue Aeroplanes or A House’s Endless Art.

It’s no surprise that he supported Half Man Half Biscuit in the autumn, as there are times when (vocally and lyrically) you think directly of Nigel Blackwell. The sardonic aspect is also there, whereas MOuse swaps HMHB’s overtly playful satire for slightly melancholic contemplation. If MOuse were to sing National Shite Day, it would be more existential and excremental and if “A man with a mullet went mad with a mallet in Millets” on MOuse’s album, we might hear more of his derangement.

The bittersweet burden of memory plays a huge part on Replica Figures. It’s conceivable that our past images of self are the titular replica figures, often tantalising versions of how things used to be. Boogaloo, Bunkbeds and Broken, With These Hands I’ll Rip Out Your Heart, Gladiator_Contender and Memory all fix upon the past. Chucky Egg on a BBC computer, The Rock Steady Crew and falling asleep to the test card all are nostalgic features. Just to ground the song in the modern day, he slips in that the same people are probably “waiting on inheritance” now. There’s a wish-fulfilment moment where he channels his inner John Anderson on Gladiator_Contender. The song Memory simply asks the universal question, “Memory, why are you mean to me?”

Replica Figures is powerful stuff. Rentokil wouldn’t have a clue how to deal with any of this.

You can see the video to ‘Bunkbeds And Broken’ here: