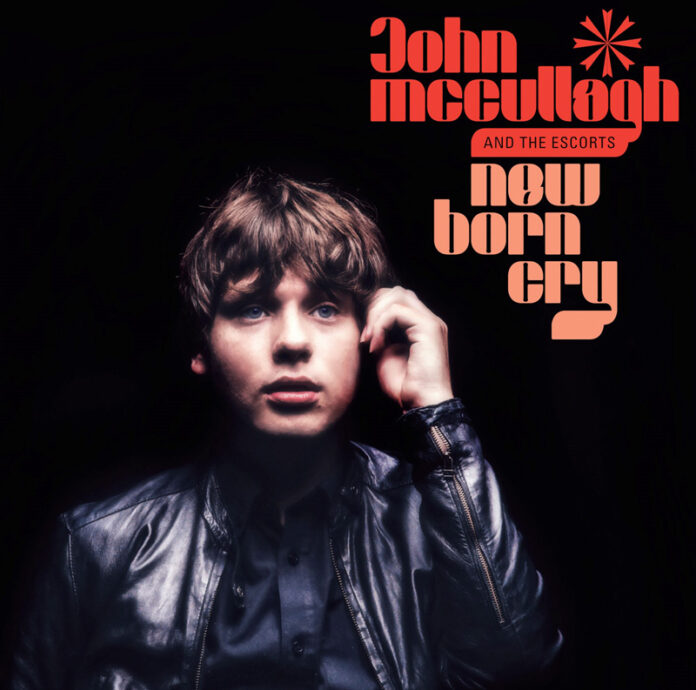 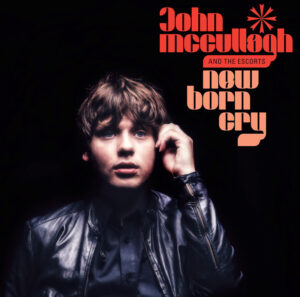 I first seen John McCullagh & the Escorts live on the 12th of December, 2014 supporting CAST at a packed Liquid Rooms in Edinburgh, Scotland. It was a pretty momentous occasion for him. Why? Because he had just turned seventeen years old that day. Seventeen!

Barely five months later and his second album, New Born Cry has been released. ‘His second album?’ I hear you ask. Well, yes, it’s his second album, and the first: North South Divide caused a splash in 2013 when Alan McGee released it in 2013 on his @359 Records. He was fifteen!

When New Born Cry is at first heard, John Lennon comes through in the vocal, not to mention the kind of clear, coherent vocal articulation of John Powers from CAST, who produced the album. It’s impossible to say if knowledge of that fact enhances that impression, but it’s true, and furthermore, one could do a helluva sight worse than have those credentials bleed into a piece of one’s work.

After speaking to Powers, another listen was had, and sure enough there was Dylan sitting large as life in the mix, blues harp strapped to his skull, six string at his waist. This is the core of this young troubadours art, what he strives for, what he seeks to do, what his whole being is about; he is a singer/songwriter in the most fundamental sense. That he is seventeen, and has jumped ahead to Dylan’s ‘electric phase’, wanted his band wrapped around him, is understandable.

Listeners can be forgiven for assuming that John McCullagh is older than his tender years. Songs like: ‘She’s Calling Me’ (the first Single from the album), Angel of The North and ‘Between The Lines’ demonstrate a precociousness, musical sophistication and vocal expressiveness that matches pound for pound all that Jake Bugg and Alex Turner did at that age.

New Born Cry is easy on the ear, non-violent on the mind, and is packed with melodic motif after motif – those things all-in-turn reflect a childhood immersed in the likes of Lennon/McCartney, Weller, Bolan, Tom Petty,The Byrds, Donovan, Johnny Cash and CAST.

What really stands out is a, one would assume, innate ability to lock onto and develop a good hook. It’s there in She’s Calling Me, Towerland Lullaby (Lullaby goes on) , Box of Tricks (have you heard a new born cry?), right through to New York City, the last track. Pairing up John McCullagh and John Powers to develop him as a song-smith, and produce him, was a really inspired clever thing to do.

When John McCullagh literally and metaphorically finds his voice, which will only happen when life has broken him on the hard wheels of heartbreak, betrayal, grief and loss, look out people, this one’s a keeper.

Ten out of Ten!