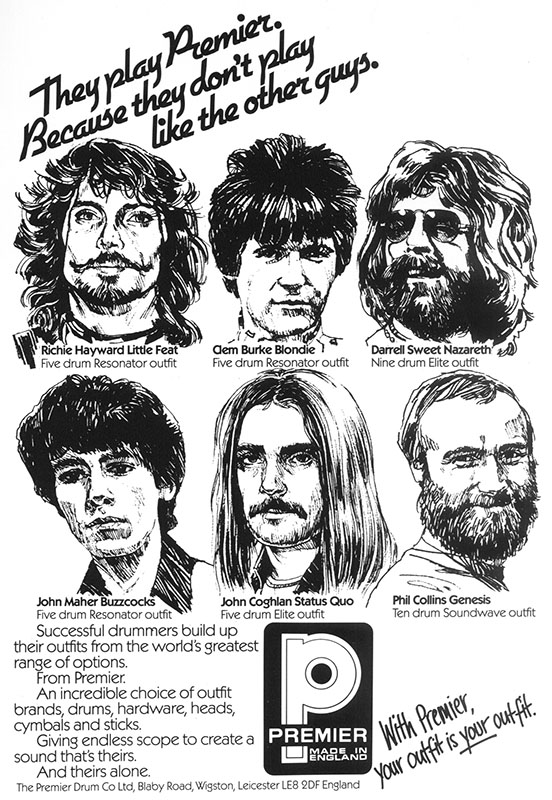 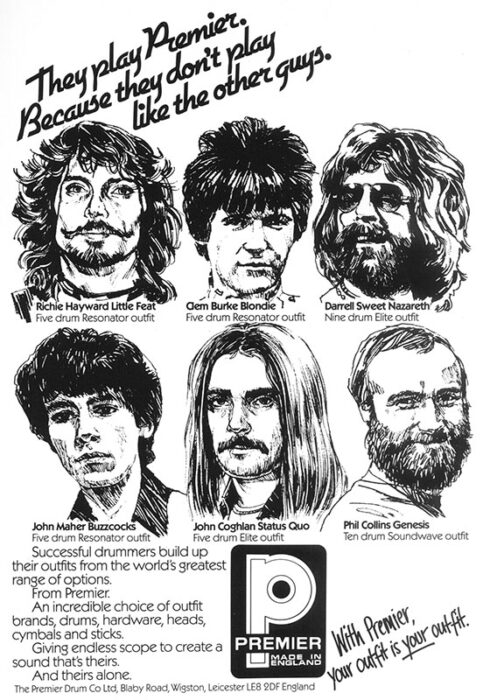 John Maher was the boy genius drummer with Buzzcocks 1976 -81.  He later played with lost Manc psych band The Things -who release their EP today – and is currently in the 2014/15 line up of Penetration -appearing on their forthcoming Resolution album – out in October and playing with them on their autumn tour.

Ged Babey asked John about his favourite, inspirational drummers as part of an interview and these are the five he came up with.

The full interview will be up in a couple weeks.

Hans Waterman (Solution). This is not something I’d have admitted to in the punk era. He was the first drummer to really inspire me. He played for a jazz/fusion/prog rock band from Holland. I saw them at Manchester Free Trade Hall in May 1976, supporting Gentle Giant. It was a couple of weeks after I got my first drum kit, just before I joined Buzzcocks. It’s only over the past year or so I’ve gone back and checked out Solution’s first three albums again. I wanted to see if his playing still lived up to how I remembered it. No question! Hans is one of the most musical drummers I’ve ever heard. I’m not sure people know what I mean by a drummer being ‘musical’. The best way I can describe it is every beat is there to enhance the melody as well as the rhythm. Solution’s style of music bears no resemblance to anything I’ve ever played but I can still hear lots of little things I borrowed, modified or tried to copy.

Mik Glaisher (Comsat Angels). Another vastly under-rated drummer many people have never heard of. He’s not over technical but comes up with some amazing patterns that add so much to the music. His playing on the album Sleep No more is superb. It was Wayne Hussey who put me on to the Comsat Angels. I toured around Europe with Wayne when he joined the Invisible Girls in 1980 – long before he hit the big time with The Mission.

Pete Thomas (The Attractions). I was never a big Elvis Costello fan but Pete Thomas’s playing always caught my attention. In 1978 Buzzcocks performed live on Revolver – a TV show hosted by Peter Cook.  Elvis Costello and The Attractions were on the same show. What I noticed was how tall and gangly Pete Thomas was. He dwarfed his tiny kit. It was the bare four piece minimum: bass drum, snare, top tom and one floor tom. What he produced from such a minimal kit was amazing. So much more impressive to me than any of the double bass drum, 17 toms and two gong merchants.  That’s what I wanted to do: make the best of a minimal kit. Less is more.

Jaki Liebezeit (CAN). Pete Shelley was a huge CAN fan. Most Buzzcocks fans are probably aware of the influence CAN had on some of Pete’s compositions. Jaki’s a master of minimal but totally appropriate playing. Halleluwah from the album Tago Mago has one of the best drum patterns ever. It’s relatively simple but clever and at the same time. Jaki’s groove on this track was a major influence on my part in ‘Why Can’t I Touch It?’. Not the same but most definitely inspired by the feel of this track.

Clem Burke (Blondie): the full package. He played brilliantly; he looked great and the way he set up his drum kit was cool (toms and cymbals all lay flat). An extremely talented showman.  I’d never seen anyone else play like he did. When Blondie’s first album was released in 1976, I became obsessed with Clem (and maybe Debbie a little bit too!) Clem is another very musical drummer. I could listen to any track from the first three Blondie albums and identify it from the drum part alone. I learned a lot by playing along to the first Blondie album in my parent’s front room.

Clem was a huge influence. He was the first drummer I saw who not only played brilliantly, but was entertaining to watch. Even non-drummers say so. That combination of skills, image and stage presence was something I’d never seen before. And thinking about it, I’m not sure I’ve seen it since.

You met him obviously when you toured with Blondie… nice chap?

Clem was great. It was a dream come true for me to discover we were about to head off to Europe and support Blondie. They were promoting Parallel Lines, just before they went global with ‘Heart of Glass’. They were very good to us. Clem came to see Buzzcocks when we played in New York. He also got me into Studio 54 – back in the days when it was a big deal to get past the selection committee on the front door. In return, I took him to Burgerland on Deansgate when they next played in Manchester.

All words by Ged Babey. Find his Louder Than War archive here.

The Ad for Premier drums is from John’s collection of cuttings (hopefully no copyright infringed). Note only Clem and he lack the now fashionable again facial hair.