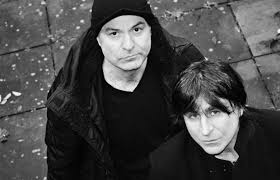 We are sorry to hear of the death of John lever the drummer with Manchester band The Chameleons.

A key member of one of Manchester’s most loved bands, Lever was the engine room for some of the greatest songs of the post punk northern eighties. For many in the north the band’s melancholic and melodic power was equal to Joy Division and both bands were equal in size at the time. The Chameleons may have had to settle for cult status but on and off reformations in the past few years have proven the huge loyal and deep love for the band.

John was great company, a genuine character and typically northern musician and the only Blackpool FC fan I have ever met outside the seaside town – which is a bizarre twist that resulted from him seeing them win the anglo Italian cup back in the early seventies. Farewell John I have many great memories of you you crazy northern diamond.