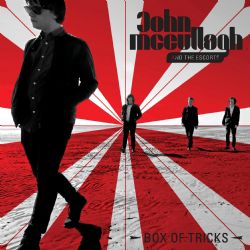 John Mccullagh has been working hard- touring non stop and playing most of the country before he was 16- now he has put a band together and returned with a great new single.

You can now pre-order the limited edition 7″ vinyl version of John McCullagh & The Escorts’ forthcoming single ‘Box Of Tricks’ via the link below. Only 359 copies being pressed!

New release from Alan McGee’s discovery JOHN MCCULLAGH who returns with his third single, co-written and produced by John Power (The La’s, Cast) and featuring his new backing band The Escorts.

• Features an exclusive B-Side, ‘We Belong Together’, a cover of the Richie Havens classic.

• Over the past year or so, John has played with the likes of Richard Hawley, The Strypes, Alabama 3, The Enemy, Reverend & The Makers and many others.

• The single will be promoted by a solo tour in late October and a support slot with Cast on the road in the UK in December.