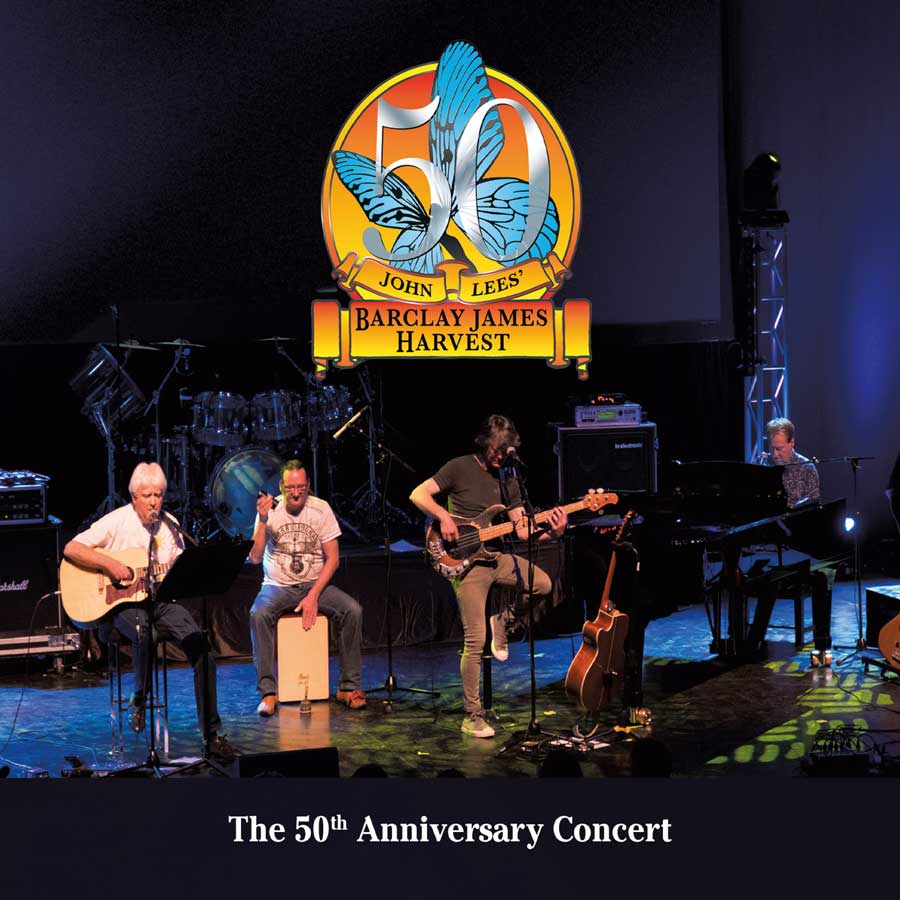 Recorded live at Manchester’s Royal Northern College Of Music in May 2018 in a celebration of fifty years of  the BJH catalogue. Whacky stuff, old stuff and good stuff as John Lees commemorates  five decades of soft rocking from the Lancashire moors.

Anyone who might have caught tours by other bands in the same ballpark by marking fifty years of existence in an increasingly competitive music industry, may have posed the question of whether or not the fifty year celebration would indulge in the whole of that period and not just focus on the glory years, inevitably in the seventies. Point in case, the recent Yes 50th anniversary tour didn’t include any music post 1978…

Thankfully, the commitment to playing a show that included the aforementioned  “whacky stuff, old stuff and good stuff” wasn’t going to rely on just the classic BJH seventies output. Apt too that given the classical/symphonic nature of much of the BJH catalogue, the show was recorded  at the Manchester conservatoire and as close as dammit to the home roots of Mr Lees. Himself a  recent recipient of the ‘icon’ award from PROG magazine where he referred to himself as a humble singer songwriter, his long term partnership with Les Holroyd at the core of BJH has now evolved into a similar arrangement with Craig Fletcher who shares vocal duties. Humble indeed and as unassuming a rock star as you could imagine  as he retains his position at one side of the stage rather than opting for the frontman role.

The outfit, complemented by Jez Smith and Kevin Whitehead, also turn in a really decent retrospective. Granted there are the songs that you can’t possibly omit – there’d be uproar if the set didn’t climax with Hymn and then there’s almost like a snapshot of 1974’s Barclay James Harvest Live set (my copy still has the £2.94 special double set sticker on the cover). Summer Soldier segueing into Medicine Man, Mockingbird naturally and even a nod to Les with She Said.  They even dip way back to Mr Sunshine,  the b-side of the very first single Early Morning (that also gets an outing). No Poor Man’s Moody Blues – that novelty (or the tag) may have finally worn off).

Not content to simply churn out the expected, there’s a sit down at the front of the stage / stripped back segment where Delph Town Morn sets off a ten minute acoustic set cum medley and no concessions to disregarding the latter period with On Leave and title track from the most recent North album adding to a real pot pourri of a set with some clear thought to looking outside the box. Going back to 1970,  Taking Some Time On and The Iron Maiden  sit comfortably alongside In Memory Of The Martyrs from the early eighties. Ultimately, the touching line that hints at a touch of melancholy and the passing of time that puts the event into context is in River Of dreams and the line  “When I was a young man, I was someone’s hero.” You still are John – thanks to you and your band  for the memories.