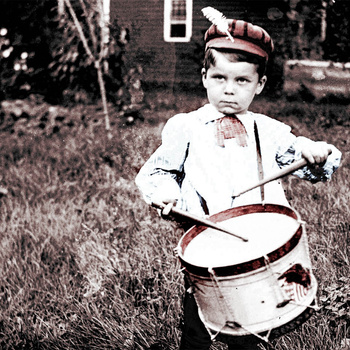 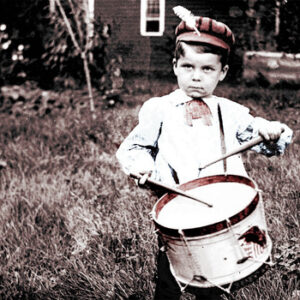 There’s a new single from Three Johns singer John Hyatt and Periscope, aka Martin Swinny. Check out Sean Diamond’s review and find out how to acquire it for free by reading on…

Fans of legendary Leeds post punkers The Three Johns will be delighted to hear that Johns frontman John Hyatt has recently been given the all-clear following a long battle with throat cancer. Despite having to cancel a Three Johns tour and appearance at Rebellion Punk Festival, John remained optimistic throughout the ordeal, keeping himself busy with his painting and recording the odd song, and he’s now ready to make a proper comeback, with The Johns having already been rescheduled for next year’s Rebellion and more projects, performances and art exhibitions looming on the horizon.

An astonishingly prolific recording artist, here John has once again teamed up with the Manchester DJ and producer Periscope (the pair have worked together on several musical collaborations before), who some of you may know better as Martin Swinny, former leader of  fabled Manchester supergroup The Hungry Socks, a band that have been elevated to almost mythical proportions on account of counting Inspiral Carpets’ Clint Boon on keyboards and Stone Roses bass man Gary ‘Mani’ Mountfield amongst their ranks back in the cold, grey eighties. This latest release, a double ‘A’ side available to download for free, is possibly their most intriguing sonic adventure yet; a jarring double whammy of sounds, sights and senses straight from the future.

First track ‘Drummer Boy’ opens with a detached, fractured groove suddenly giving way to a gloriously three dimensional galaxy of funk, strings and Martian melodies, like an intergalactic lifeform of plankton bursting into flames and re-emerging as a shimmering, technicoloured butterfly ascending towards an unknown planet in the far reaches of the solar system. A ghostly, robotic Hyatt vocal with a hauntingly memorable refrain of “drum, drummer boy, drum” adds to the otherworldly ambience of Scope’s interplanetary production; perhaps Sun Ra really wasn’t messing when he said that there were other worlds out there, this could easily have been beamed straight from Mercury or Pluto. Pluto Pop? It’ll be everywhere this time next year.

We’re moved into slightly harder-edged territory next with ‘Factory Girl’, a manic industrial rave squall reminiscent of Skinny Puppy jamming with ‘Bummed’ era Happy Mondays in a North Wales mushroom field, with a 24 hour rave tent blaring away in the background. A steely aesthetic quality is apparent throughout, peering through the forest of beats and tribal drums; a bizarre snapshot of a wasteland being overrun by someone (or something) in the setting of what Can might have called a ‘Future Day.’  Not sure if the ‘factory girl’ of the title is a Warhol associate or not, but in terms of execution this track is pure Pop Art; loud, non-conformist and startlingly prescient. Superb.

Although this track is available to download for free, John has recommended you make a donation to Cancer Research, in order to help others beat this terrible disease. Links to the single and the charity can be found on their Bandcamp page.