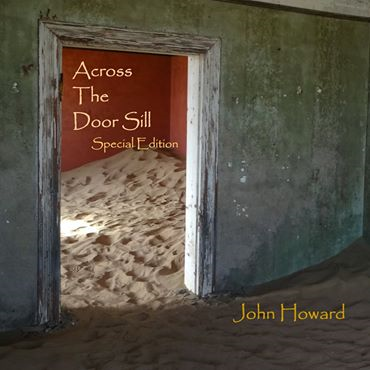 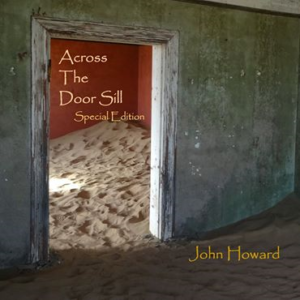 Release of a special edition of John Howard’s Across The Door Sill album (originally recorded in 2016) and a new four track piano instrumental EP (which also forms part of the aforementioned Special Edition). Both are available separately on download only and follow up Howard’s excellent Cut The Wire LP from earlier this year….Ian Canty assesses more proof towards establishing JH as one of the country’s top songsmiths…..

At this time in the calendar you may well be a bit bored with people going on about platters and dubbing them “album of the year”, so I’ll say instead that John Howard’s Cut The Wire (reviewed here) is an album that will see you through the years – it has got that much wisdom, skill and style and above all it sounds tremendous. Not being a gent who would happily rest on these considerable laurels, he’s back with two new releases, a four song download only EP Four Piano Pieces which also forms part of the special edition release of the album entitled Across The Door Sill, originally issued at the end of 2016.

Firstly let us deal with the tracks here that make up the Four Piano Pieces EP, instrumentals featuring the old Joanna solely. Contemplating (Piano Piece In C) sets the tone nicely, a moving piano instrumental which is lyrical and finely judged, full of emotion even without words. It is perfect for the bright autumnal day I can see out of my window whilst listening to this. There’s feelings of regret and loss in the notes, but also hope highlighted in the gradual slowing down and bright picking up of pace.

Crossing (Piano Piece In E Flat), is playful and light, but Emerging (Piano Piece In D Flat) becomes a little more downbeat, until the notes begin to soar over the repeated motif. The cool but emotional and aptly named Moving (Piano Piece In F) bring the extended play to a powerful close. John employs all of the sensitivity of his songs straight through his fingers onto the piano here – this is moving and impressive stuff indeed.

Going onto the Across The Door Sill album itself, this LP consists of five long tracks with piano and voice, but the pithy song-writing and excellent use of atmosphere kept me rapt for one. Nothing out-stays its welcome, being perfectly judged. John Howard is an excellent wordsmith, but he doesn’t skimp on making sure that each piece has entirely the right setting to let it shine. There is excellent use of backing vocals which give the album a real lush feeling despite the pared down instrumentation.

Across The Door Sill starts with nearly ten minutes of Who Cares, which seems to point out the emptiness of opulent life, when the little things really count. It uses a double-tracked vocal masterfully. Outward follows, which is filled with imagery and a regret of the passing of years and decisions taken in haste, serenely noting that “you’re falling faster than ever”, which bring home the importance of striking while the iron is hot against living with missed opportunity.

Next comes Preservation which looks at the way we give so much importance to our own transitory position in life. The harmony backing vocals here help to give the song an almost psych pop sound – this is a real gem. Shortest track Pigs ‘n’ Pies follows, coming back to the words “it’s a crazy mixed-up world” denoting passing generations gradually being left behind. John is so skilful in summoning up an image in a very small number of words – like the woman who “dropped dead at the feet of the husband she hated” here. There’s so much in here that will no doubt be drawn out with repeated listens – Across The Door Sill is intricately put together.

On this record he shows a wisdom drawn from years of bitter experience, but all through that he hasn’t lost hope in the human spirit. He sees the small victories as vital ones and he’s right. Set closer Stretching Out is as well put together and achingly beautiful as any of a pastoral pop pretenders, showing that with just piano and voice you can achieve results that are gorgeous and wide-screen.

Across The Door is another excellent representation of John Howard’s huge talent – it’s a shame the world hasn’t caught up yet, but added to Cut The Wire 2019 has been pretty much his year and this is more evidence that he’s only just starting. Pick up the Special Edition or the Four Piano Pieces from Amazon, iTunes, Spotify etc, listening to them felt good for both my ears and soul.

You can pick up Four Piano Pieces from iTunes here, Amazon here and Spotify here

You can pick up Across The Door Sill from iTunes here, Amazon here and Spotify here