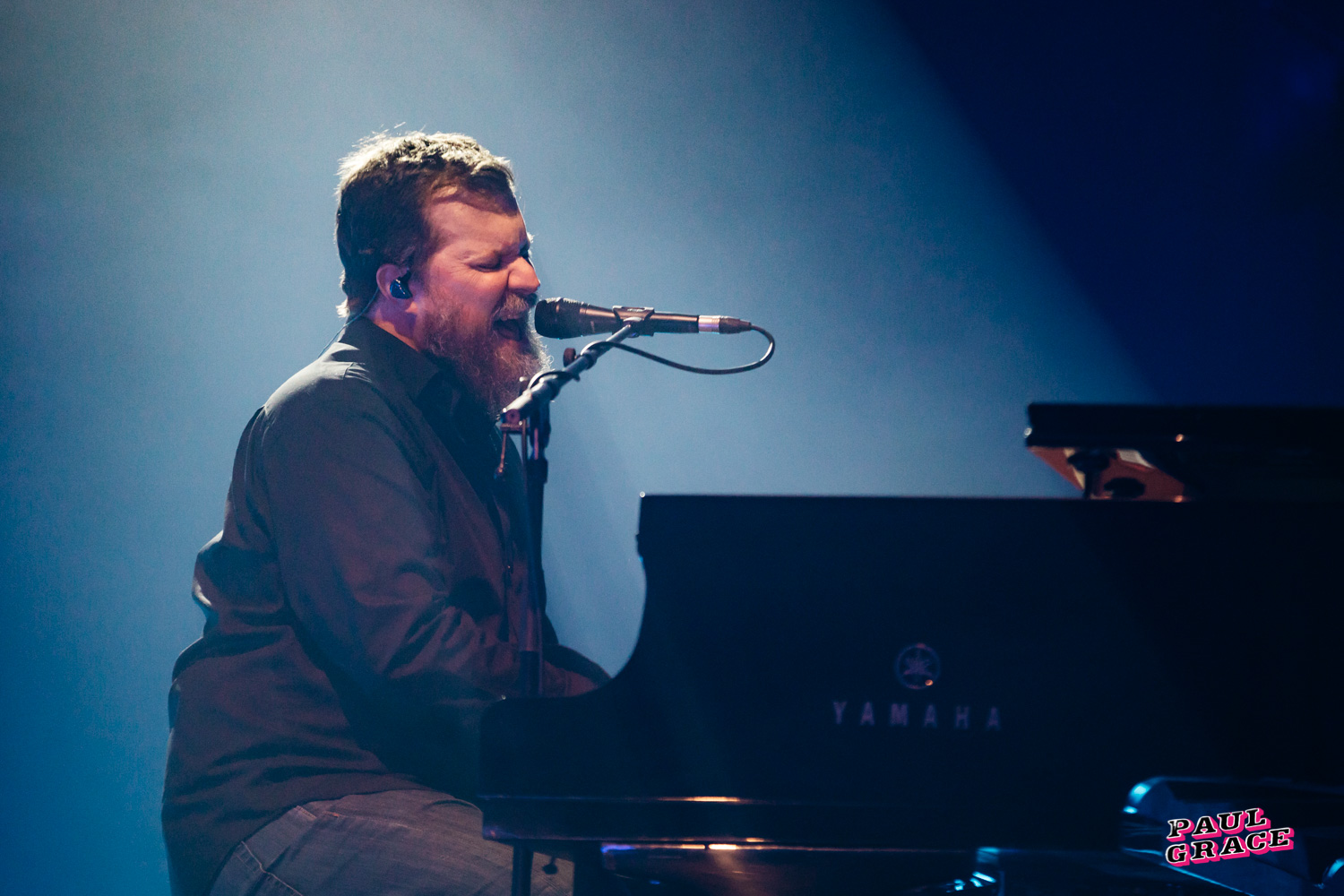 Camden Town’s biggest venue has been transformed yet again into a very comfortable and intimate all seated music venue for this year’s series of In The Round shows, and what better artist could we want to see performing in this environment than Michigan born John Grant?

Tonight he’s joined on stage by one of his long time associates Chris Pemberton on electronics, a grand piano, a dozen or so microphones for the 28 piece ‘Roundhouse Choir’, and he’s also sporting the only Fad Gadget T-shirt we’ve seen being worn in North London for years.

We realise from the start that we’re probably not getting Pale Green Ghosts tonight, but we do get opener TC and Honeybear, Where Dreams Go To Die, Sigourney Weaver, Queen of Denmark, as well as the glorious GMF, all squeezed into a close-on two-hour show of faultless, eye-watering and brutal beauty.

It doesn’t feel ‘stripped down’ at all. John’s deep baritone voice doesn’t necessarily require a drum kit, a few guitars and all the flashing lights we had during that unforgettable Glastonbury Park stage performance in 2014 (one of the festival’s most memorable moments that year), because this is an evening to sit back and soak in the entertainment without having to concern ourselves whether we’re positioned in the right spot to avoid those wishing to chat to each other, or in the case of this venue at times, to catch the right spot for the right sound. 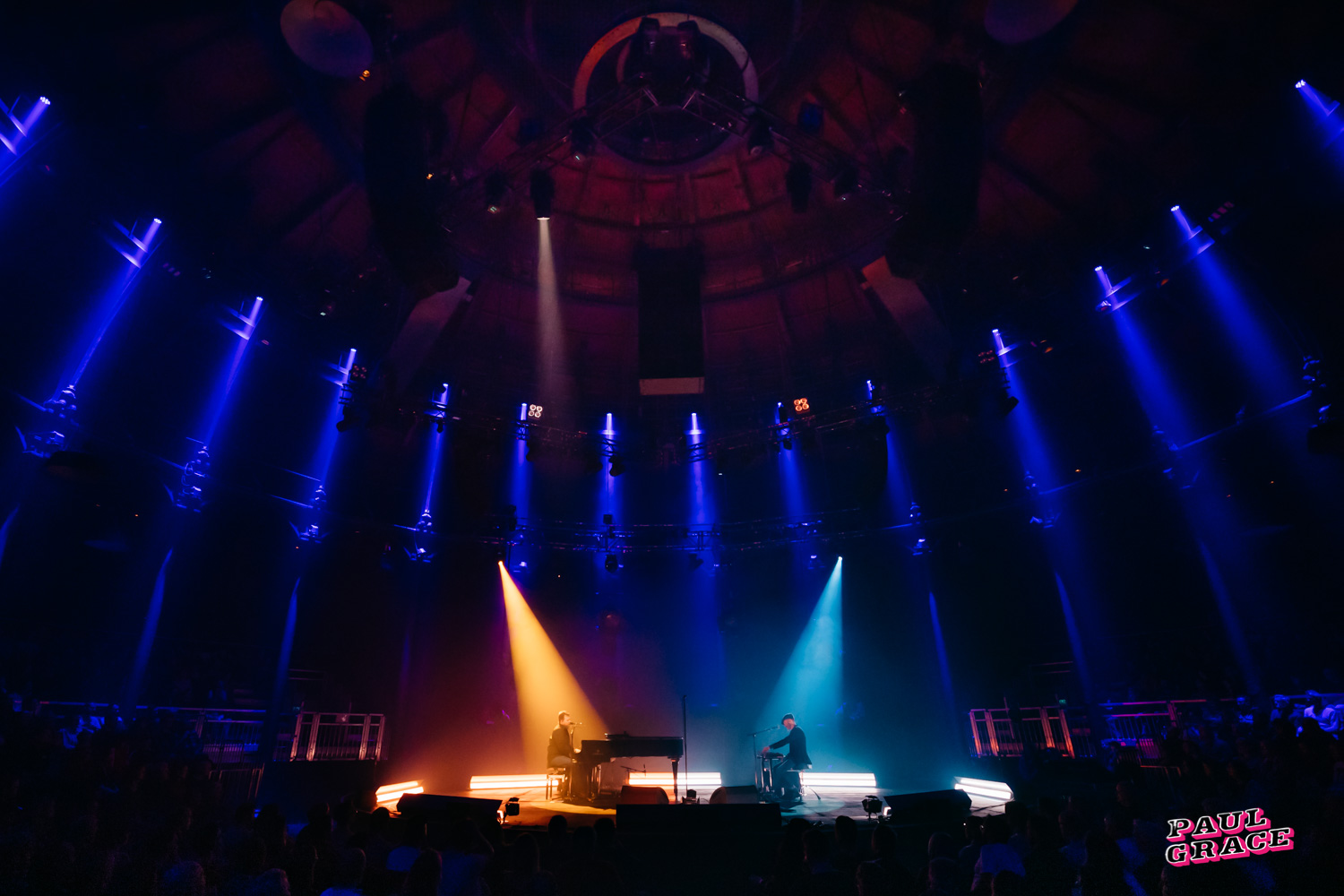 Conversations with audience members aren’t dictated by the man in the spotlight and when we get them they don’t feel intrusive or attention-seeking but add to the occasion. An early request for Caramel is met with a response that there’ll be a very good chance we’ll get to hear it, as well as most of everything else mentioned from those around the room during any short break between songs. There may be a few hundred in the Roundhouse tonight but we could be in John Grant’s living room once we get going, and it’s easy to feel you may be the only other person in the room at times, as he pours his heart out at the piano, whilst a simple but effective light show helps create the whole mood of the evening.

Queen of Denmark is now over a decade old (we all join in to sing the last line again – a tradition we’ve come accustomed to over the years), yet the heartfelt narrative in these songs hasn’t weakened a bit. Whilst John and Chris swap roles a couple of times and are joined for a few times by The Roundhouse Choir (whose supporting role as we arrived was a wonderful way to set the tone of the night), it’s the moments when John Grant stands in front of us belting out these lyrics that guide us along that we saviour.

It’s a grown-up, relaxing and invigorating show by a 52-year-old man that doesn’t disappoint. The voice of John Grant is the centre of our attention all the way through; it remains strong, distinctive, sometimes verging on anger without actually getting angry, and it’s enough to have some of us feeling those hairs on our necks again. 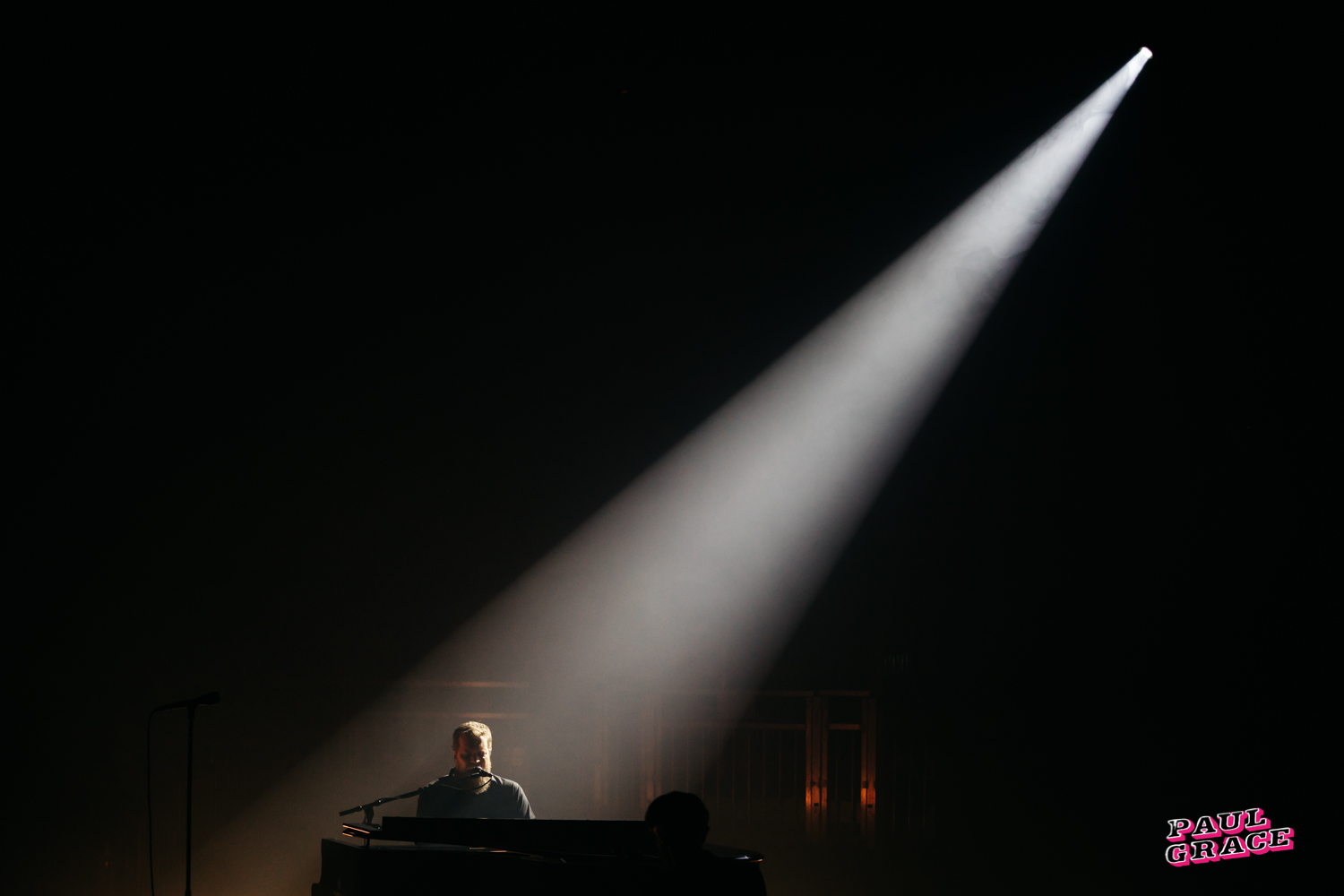 We’re treated to nearly two hours of fabulously played piano backed ballads accompanied by some spacey synth sounds that make these tunes so special. A voice that echoes around the vast room, and all from a man proudly still wearing that T-shirt giving us a classic performance in more ways than one. A night at the opera with swearing, a simple mature, gorgeous emotional experience from the ‘Greatest Mother Fucker’ that we’re ever likely to meet, and in one of the capitals nicest venues utilised in our favourite way. Wonderful.