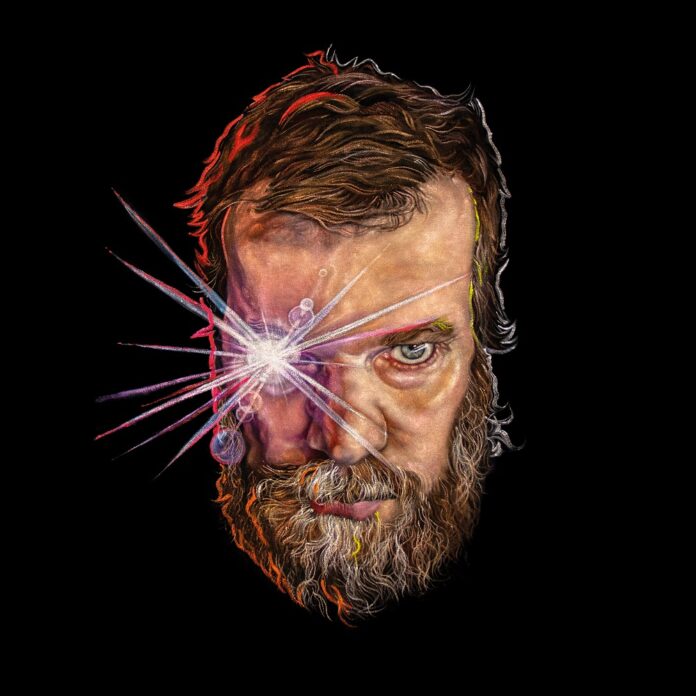 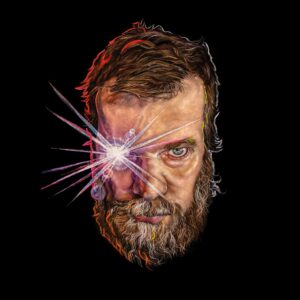 Pre-order/buy it from Sister Ray

John Grant chronicles the flip side of the American Dream. Boy From Michigan is his most personal work to date, one in which he lays bare his soul, using exquisite songwriting as the vehicle to do so. And, as always, it’s packed with contradictions. Gordon Rutherford reviews for Louder Than War.

The boy from Michigan is back and all is well in the world. Oh, to be reacquainted with that rich, resonant voice again; it’s like a warm wave of reassurance washing over us, like the moment lockdown eased and we were able to step back into our local pub. Familiar and comforting; still conveying those wondrous tones, all wrapped up in a bunch of remarkable songs. But, wait. With John Grant, there is always more to it than meets the eye. Let us scratch away this veneer and take a glimpse underneath. There it is. Pure trauma.

John Grant is the Tintoretto of pop music (he even looks a bit like the great Venetian artist); a specialist in chiaroscuro. The master of light and shade. On his new album, Boy From Michigan, he presents us with exquisite keyboard ballads, such as The Cruise Room and Just So You Know. The latter, probably the finest vocal performance of his career, is such a spectacular showcase for that voice, as it swoops and dives like a swallow in twilight. At the other end of the scale, we have the pure electronica of Best In Me and the Devo-like, wild and wacky Rhetorical Figure. Lyrically, there are also extreme contrasts, from the super-intelligent, uber-subtle wordplay of the aforementioned Rhetorical Figure to the gaping wounds that scar across tracks like Billy and The Rusty Bull. Contradictions abound. Let’s return briefly to our sixteenth century Mannerist maestro and draw another comparison. Like Tintoretto, Grant is a specialist in portraying depth. On the surface, we may well be dealing with a simple electro-pop tune, but take a look beyond the focal point and explore the darker, shadowy corners, because that’s where the real story lies. Those miniscule shards of light are there to illuminate the raw emotions. Who else has such an ability to pull this kind of stuff off? And with such subtlety too.

Of course, none of this is groundbreaking – this isn’t John Grant’s Kid A moment. Boy From Michigan, his fifth solo album, ploughs a similar furrow to its predecessors. There are no great surprises or radical changes of direction here, but that’s okay, because he is so damn effective at doing his thing. He has elected to stick with a winning formula, yet at no time does he become formulaic. Despite its familiarity, it feels fresh throughout.

Just as he has done so many times previously, Grant is more than willing to bare his soul on Boy From Michigan. This highly personal record is probably his most autobiographical album to date and that’s saying something considering this a guy who has previously sang about everything from coming out to suffering from piles. That degree of frankness can occasionally make for an uneasy listen, akin to stumbling upon the writer’s secret diary and sneaking a surreptitious peek before he re-enters the room. To illustrate, take the slightly awkward Mike And Julie. Superficially, this initially feels like a cheesy, throwaway tune, but it takes on a whole different dimension when you listen more closely and start to comprehend that it’s about the first guy that Grant had sex with (Mike) and how he tried to position a female friend (Julie) in between them in an attempt to avoid confronting his own sexuality. The theme is as hard hitting as Glacier, Grant’s epic finale to his second album, Pale Green Ghosts; yet, musically speaking, the track feels so light and breezy. It’s almost as though the music doesn’t fit with the lyrics and the same can be said about Grant’s delivery. Despite the drama, Grant never plays the victim. Instead, almost like a passive observer, he narrates with his own inimitable, pithy combination of pathos and self-deprecation. Like an Escher drawing, his work is continually functioning on multiple levels of reality, which screws with your mind a little. In a good way, of course. 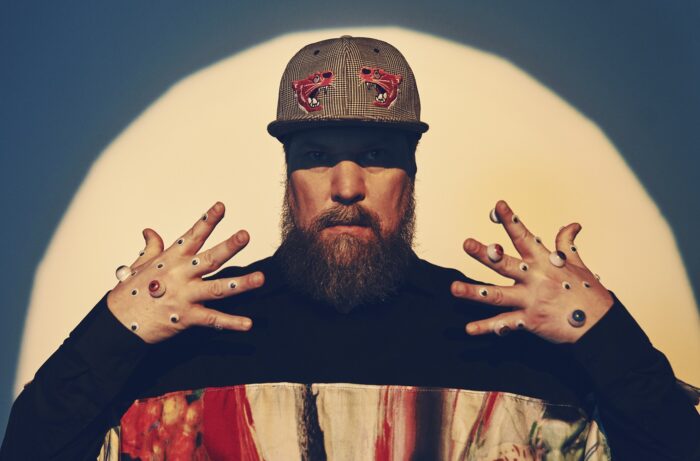 Grant is an artist who tends to reflect heavily on his past and more often than not, this is glimpsed through tiny gaps in the fingers splayed across his eyes. His latest album follows that trend. He introduces us to this collection by going way back, as far as the first eleven years of his life in Michigan. Once that’s exhausted, he reflects on what seems to be a harrowing period of his life in Colorado’s bible belt, a child of deeply religious parents. You can guess how that turns out. Alternatively, some tracks don’t go quite so far back, nor are they so personal. The perfect example is the album’s longest track, The Only Baby, which is a narrative based upon the dying days of the big orange baby’s presidency. More often than not, Grant has a kind of resigned, world weary air to his storytelling, as though he is (understandably) trying to detach himself from the narrative, but on The Only Baby he brutally eviscerates the system and it feels good. Again, we are able to relish more of those playful contradictions that Grant loves to deploy, as he viscerally spits out lines like “that’s the only baby that bitch could have”, against a beautifully lush, orchestral musical backdrop.

Let’s revert to where it all began. The album’s first three songs, the virtually flawless Michigan trilogy, deal with that early life period. On the opening track, Boy From Michigan, Grant reflects on the sage advice passed to him by his childhood friend on the day of his family’s permanent departure for pastures new in Colorado, “You’re just a simple boy from Michigan…please don’t ever let your guard down”. The tone is set. The melody in the chorus of that title track, a song destined to become an all-time Grant favourite, is simply memorable. It’s followed by the wonderfully warm and nostalgic County Fair and that, in turn, leads into the third song of the trilogy, The Rusty Bull, which throbs and bubbles portentously. At first listen you assume that Grant, just as he did on County Fair, is fondly recollecting the special places from his childhood. Then you hear him sing, “And he visits me while I lie in my bed/He says ‘your daddy can’t undo what’s done’”, and the cold realisation dawns that this twenty-foot bull he is singing about might be something darker and more metaphorical than the gigantic advertising hoardings that sit by the side of the highway.

On the album’s title track Grant sings, “The American dream can cause scarring and angry bruising”, and if there is one overarching theme for this album, that’s it. The failure of the American dream, an aspiration which, in reality, is more like the American nightmare for so many. Ultimately, whether singing about his own personal suffering or offering up a scathing evaluation of the system, John Grant nails it like nobody else can. Very few can dissect the concept of the American dream and expose its ugly innards so graphically. He does this intelligently, subtly, but with laser-like precision. And interestingly, the more he rails against the world, the better he seems to get.

Boy From Michigan is yet another collection of outstanding songs from John Grant. A series of personal and slightly tragic vignettes that he relays magnificently. Furthermore, the production from Grant’s longstanding friend, Cate Le Bon, is equally dazzling. I wonder if she has a greater feel for the material by virtue of their closeness and whether that helped. I could understand if that were the case. It’s not a flawless album. The fleeting moments when it falls down are generally when the excess and exuberance are overcooked (I’m looking at you, Your Portfolio). But these missteps are few and far between and easily forgiven thanks to the brilliance elsewhere. It’s so good to have him back.