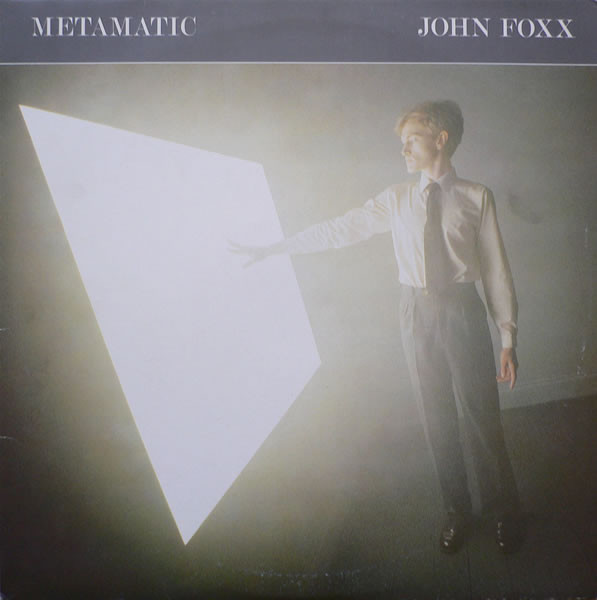 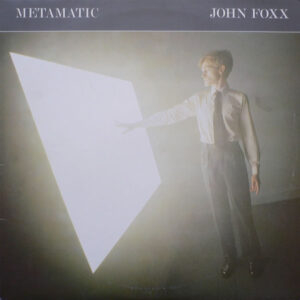 The beginnings of John Foxx’ musical career are well-documented. A former member of the group Tiger Lily that would eventually morph into Ultravox (Ultravox!), John has been often cited as an influence on mainstream synth music for almost forty years. Clearly a major inspiration on the vocal style of Gary Numan and with obvious parallels made to Kraftwerk (which synth act doesn’t?), his debut album has been re-packaged at a three disc, forty-nine track compilation almost forty years after its original release in 1980.

Make no mistake, Metamatic sounds dated and very much so in places but, given the advancing technology in its genre it is hardly surprising. What it does show is a distinct ear for sound, experimenting and ultimately writing songs which had the ability to be commercial successes. European hitchhiking in his late teens clearly left its mark as several tracks referenced automobiles and transport – Underpass, No-One Driving and Burning Car – and cultural references from France, Germany, Spain, Italy and Yugoslavia combined in his attempt to create a parallel future.

At the time, Metamatic was astonishing. It fused the previously underground sound of electronic music from the likes of Cabaret Voltaire, pre-fame Human League and The Normal with chart potential via almost minimalist tracks which resulted from six-track recordings creating a sparse almost dystopian end product.

The album’s first single, Underpass is style commonly regarded as one of the most iconic of the synthesizer movement. Robotic vocals and memorable electro strapline it also contains a sound not dissimilar to one used by Ultravox on their 1981 hit All Stood Still, not the first time that each other’s music had been ‘plagiarised’ with He’s A Liquid and Touch And Go previously being performed by John at Ultravox shows and the latter being adapted for Mr X on the Vienna album.

Opening with Plaza, the track contains sweeping synth sounds and light percussive accompaniment (a characteristic of the album) making it simple but addictive at the same time. It creates an almost empty, echoing atmosphere filled with suspense and eerie proportion. Underpass is grandiose in the extreme, a gripping bassline and single-word chorus of anthemic status, the track appears on many compilations of the era as a benchmark track. For the teenagers of the early 80s it still holds special memories and significant importance in their musical upbringing.

Metal Beat holds an amount of irony as it feels anything but metallic, fluid in its feel it gurgles and reverbs with several interesting effects before giving way to No-One Driving, possibly the albums finest moment which is has a pure, classic sounding pop buzz. Its perfect pop formula fused with enough originality to make it an especially memorable moment. The album closes with Touch And Go, an almost punkeqsue affair maybe akin to Cabaret Voltaire or A Certain Ratio in some respects – a funky, electro track which allows for blips and beeps to make it a catchy finale.

The bonus discs, maybe for Foxx purists, contain several b-sides, edits and alternative versions as well as non-album single Burning Car, whilst disc 3 concentrates on unreleased instrumentals from the Metamatic period which were ‘lost’, named and compiled to sound intentionally or not, like a movie soundtrack. Some of it is crude but does hold a certain affectionate charm and interest to be able to stand by itself as a worthy Foxx collection.

In summary, Metamatic is a must for all electro connoisseurs. It stakes its claim as an early landmark in the genre and whilst it has since been overtaken in sound by continuing leaps in technology (of which Foxx is still at the forefront), it will remain a reference point for many a year to come.