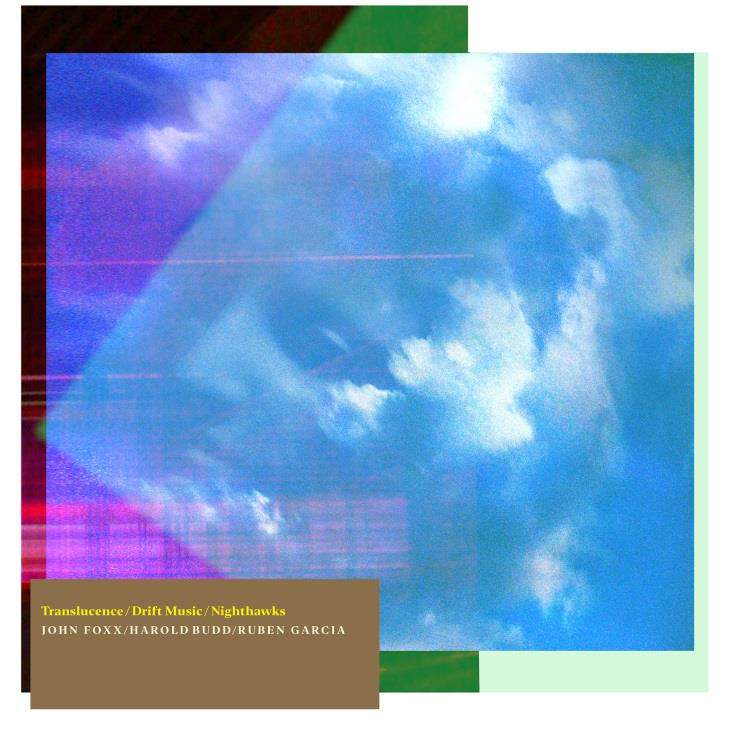 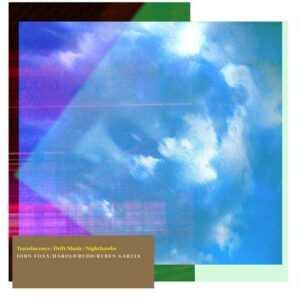 Should you find yourself with a couple of hours to spare and needing the ultimate in relaxation then listening to this fascinating release will undoubtedly put you at ease. Three albums from the pairing of John Foxx and Harold Budd (with Ruben Garcia contributing on Nighthawks) are nothing short of beautiful in the extreme.

Each album blends almost seamlessly into the next. Ambience, abstract, seminal, whatever you want to call them, their sheer class cannot be ignored. They will send you to another place, another time, one which you maybe didn’t think existed and, one which you will often want to revisit. A moment where the World stops still and you are allowed to wallow in its beauty and awe, in its stillness and calm and more importantly, the near genius that has gone into creating it.

The clichés are drifting and weightlessness are all here because they are all relevant. The maybe improvised and aimless wanderings continue to relax and sustain enough wonder and interest to keep you completely enthralled from one moment to the next.

Nighthawks (2011) is cold but gorgeous. Dedicated to the memory of Ruben Garcia who sadly passed away in 2012 the album is crammed with masses of ethereal emptiness. It evokes images of freezing city skylines, the snow occasionally falling over an ice covered metropolis in the dead of night as the odd being walks around emitting intermittent breaths of air from their mouths and pulling their scarfs tightly around their faces and shoulders. Somewhere there may be a midnight ice rink being used by a lonely couple whilst another walk hand in hand through the park. The piano plays a major part in Nighthawks as it atmospherically wanders around the occasional synth swirls and echoes gently into the ether.

The double album Translucence/Drift Music (2003) adds a warmth to the line-up. The cold tinge is taken away on Translucence and a rise is effectual, the sounds ebb and glide beautifully as the clinical pureness of the music extends far beyond anything you may have heard before. Again, the expanses of minimalism create dream-like scenarios with the piano playing acting as a gliding bond between them. Implicit and Raindust begin leave the piano sounds as ambient synth take their stage.

Drift Music continues down the electronic path as ambient notes replace the delicate sounds of ivories. There is a magic and mysteriousness about the tracks here, open areas swirling and wandering around almost aimlessly but with a sheer beauty that has to be heard to be enjoyed. The simplicity of Linger for instance is superb and Weather Patterns too is stunning.

As the collection ends with the ironic Arriving, a quite wonderful episode of music has been heard. For fans of ambient this is a must, for enthusiasts of cinematic pieces a worthy addition to your music collection. Simplicity is everything.