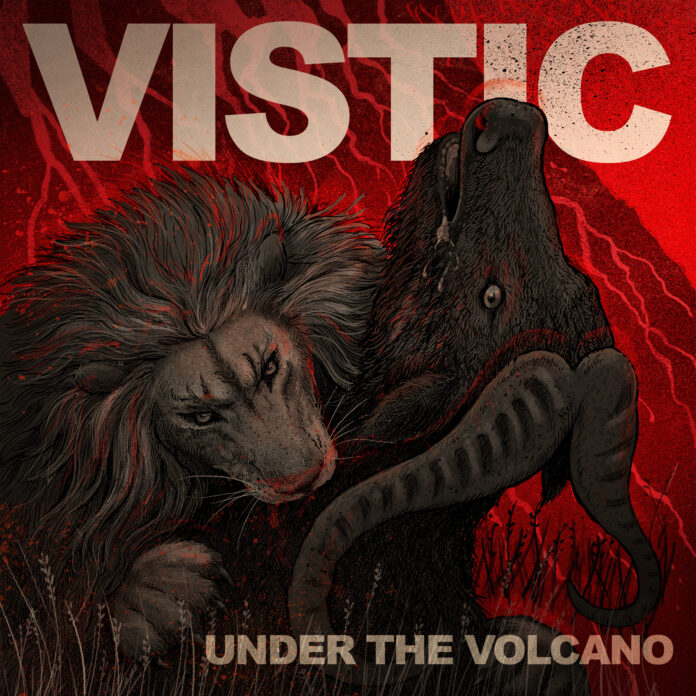 John E Vistic: Under The Volcano 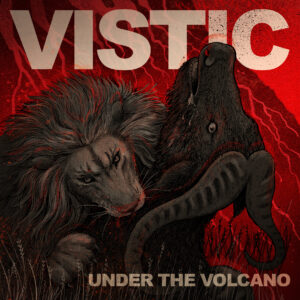 If you like your music dark, heavy and wild then John E Vistic will be right up your street. Or maybe you wouldn’t want him that close. But whatever the case, this Bristol-based British-Australian singer-songwriter and guitarist for the John E Vistic Rock’N’Roll Soundsystem and for James Ray And the Blackhearted Riders cuts a formidable figure both on and off stage. And he is back with another monster of an album, Under The Volcano.

Cut from the same cloth as the likes of Nick Cave, The Fall, Jesus And Mary Chain, Sisters Of Mercy, My Bloody Valentine and the Pixies, and having gigged with bands like the Sonics, Alabama 3 and The Jim Jones Revue, John E Vistic is not a man to take anything lying down. And you will not be lying down when you hear this latest offering, Under The Volcano, which will explode from your speakers from beginning to end.

Don’t be fooled by the ethereal sounds which start off opening song The Sublime Architecture Of Death as, within a matter of seconds, you will be knocked over by the wall of sound which backs a vocal delivery sounding like Mark E Smith on heat. Amidst fuzzed up, squalling and distorted guitars, John declares “We are all in this together”, and quite frankly I wouldn’t be anywhere else right now. A truly majestic opener.

Even after that, the band turn things up a notch further with King Of Rock’N’Roll which burns from the grooves with ferocious intensity. In a kind of prophetic way, given it was written some two years before the pandemic struck us all, it opens with the lines “Well sometimes when I walk into the room, it’s like, everyone else is an expert, they know more about everything in the world than me”. And that’s certainly how it has felt to me over the past 18 months as we all had to deal with a situation no one had faced before, yet so many obviously knew all the answers.

John becomes the “hunter gatherer” in Psycho Death Cult with a distinct Sisters Of Mercy feel to the relentless guitars, whilst the more standard rock’n’roll format of It’s Nature, with its compelling chorus lines, is inspired by the problem of freedom and determinism in a self-help age. As it proclaims “The herd instinct will be our death, it’s just too easy to be led”, it challenges the overbearing impact of ideologies which overtake nature itself.

With more fuzzed guitars and menacing Nick Cave like tones, Loutz is set against a mesmeric tribal beat as it challenges us all to free our minds. I Am The Shadow ups the tempo again as John employs an Iggy-style sneer in what sounds like a classic gothic love song. And with screaming guitars, Long Black Cloud offers a very bleak view on living amongst the low life. “Gone is the shadow of death when the bottle is come” says it all really, amidst the grim reality of life for some.

Heart In Danger is led by more tribal thumping as it expounds the core message that our choices in life are driven more by emotions than our rational thought, however dangerous that may ultimately be to the world. The Moronic Inferno is underpinned by a fuzzed up bass riff and conveys a sense of inevitability about the fate of our world as “We’re living it up under the volcano, and nobody can be saved, so party hard in the moronic inferno”. Well it makes me think anyway, as I observe the plight of world events right here, right now.

All Animals Again, with its anthemic choruses, was written during the tribalism and manic social distortions of the Brexit debate and coveys a real sense of conflict amongst us all. Rattlesnake is as ferocious as the title suggests with a definite Motorhead vibe about it. And with a perverse and unexpected twist, the album closes with a totally acoustic Sapiens which is focused on the view that humans are so good at self-deception and belief.

Under The Volcano is an album which pulls no punches and is a magnificent blast of sonic energy which is there to stir thoughts and emotions about the world around us. Full of tribal rhythms, fuzzed up guitars, dark and threatening lyrics, it feels like an album by a man on the edge, clinging by his fingernails as all the world around him is burning. Death may be coming, but perhaps we all have more to do to ensure it doesn’t come sooner than we we have anticipated.

This new album by John E Vistic is an absolute stormer that deserves your attention so don’t you dare tell me I didn’t warn you!