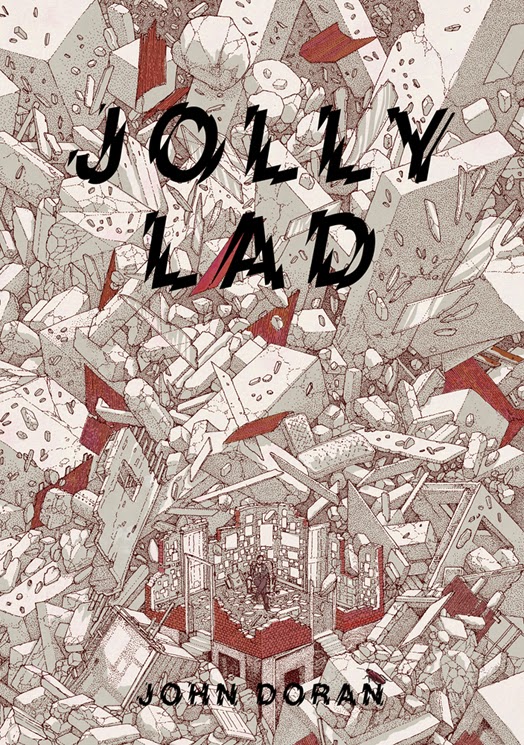 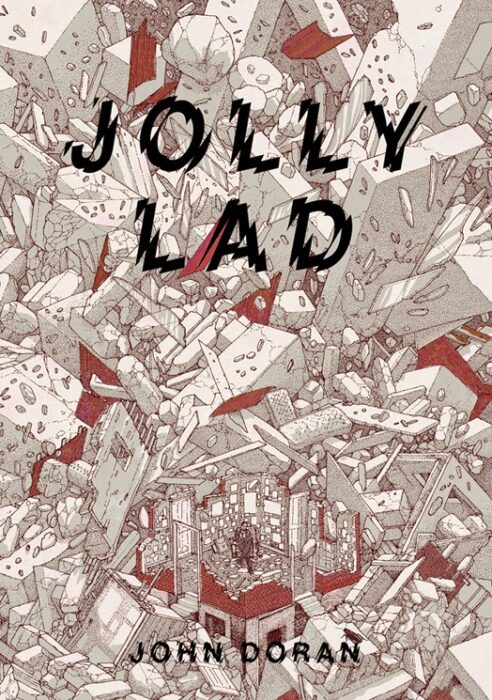 Jolly Lad Is A Memoir About Drink, Drugs, Madness & Redemption.

Here, author John Doran offers a YouTube playlist as an insight into his new book and as an example of how – even when he’s specifically asked not to write about music – he can’t really help himself.

Jolly Lad is available to pre-order now via Strange Attractor.

John Doran and Arabrot are on tour in the UK in the next couple of months.

In 2011 VICE magazine asked me for a weekly column. The only instruction they gave me was simple: “You can write about whatever you want but it can’t be about music.” It was a bit of a challenge to be honest… probably like a lot of people reading this, music is the only thing I’m comfortable talking about at any great length. The column ended up being called MENK – I grew up near Rainhill Psychiatric Hospital in the 70s and 80s and I’d have this shouted at me when I got off the bus near there. Without the option of writing about music I ended up talking about the day to day issues of my life – the recovery from alcoholism, problems caused by decades of substance abuse, mental illness, fatherhood, growing old, friendship, a great love of cake and petty grievances generated by DJing to drunk people.

I ended up writing a book called Jolly Lad based loosely on these columns. It’s coming out in a few weeks on Strange Attractor Press and the hardback edition is accompanied by a CD featuring music from members of Manic Street Preachers and British Sea Power as well as Eccentronic Research Council, GNOD and Teeth Of The Sea.

As the final PDF of the book was sent off to the printing press earlier this week I was thinking about VICE’s original instructions to me: “You can write about whatever you want but it can’t be about music.” And as I started flipping through the PDF of the final draft at random I started laughing. Not only was there mention of music on every page I stopped at but on one page alone there was talk of 33 different records. Even though I’d been barred from writing about it the book had obviously ended up being about music, by and large. Because if you’re like me, it’s impossible to talk about your life without talking about music. Not simply because music provides a soundtrack to all the major events of your life – even though that is important – but because it becomes a way of marking out both the time that has elapsed and the time you have left. And it is also important because no matter where you end up in life, music can offer redemption and healing – if that’s what you’re looking for.

So instead of selecting an extract from Jolly Lad or banging on about it any more, I just dipped into the book at random and selected a 20 track playlist from songs and artist mentioned in its pages which should actually give you a better idea of what it’s about.

“I became obsessed with this song when I was writing the first chapter of my book. It’s ostensibly the hilarious story of a school fieldtrip to Featherstone Castle that goes terribly wrong when a student smuggles alcohol into a dormitory and a bunch of teenagers have their first ever drink. It has this whole other dark world of hidden meaning just under the surface. The song, I realised, was more True Detective set in Northumberland and Tyne and Wear, than whimsical childhood tale. The song has all of these subtle references to Christ and his apostles and these dark figures from ancient religion. Because I was writing about being an altar boy in the late 1970s and early 1980s in a church that had giant paintings of the martyred apostles in the apse and about the first time I ever had a proper drink myself, it really freaked me out. I’m not trying to draw a parallel between us – Dawson’s a genius and I’m not – but I’ve never heard a song speak so clearly to the end of my childhood before. And that’s why the first chapter of my book is called A Few Drops Of The Vile Stuff.”

“Kings Of The Wild Frontier was the first LP I ever bought and like nearly every ten year old in the country, I became obsessed with the Dandy Highwayman… much to the chagrin of my Dad who hated all pop music.”

”I was watching the video to ‘Stand And Deliver’ by Adam And The Ants when he came in unexpectedly from work. I couldn’t even come up with a convincing argument as to how this situation had occurred as my mind had been blown. (“It’s a highwayman in pirate makeup on a chandelier! Bloody hell!”) “I’ll give you a diddly qua qua”, he said sternly, reaching for his belt.”