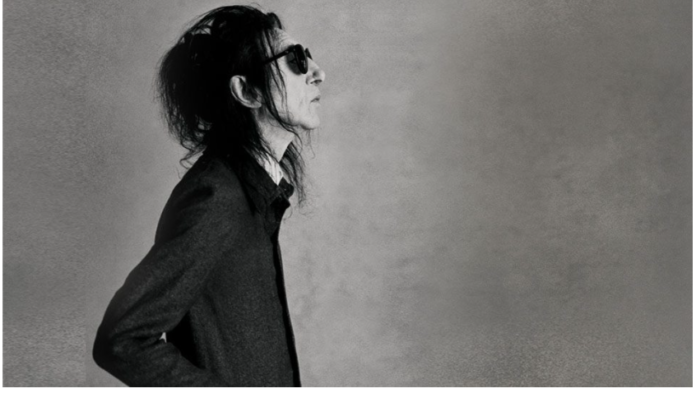 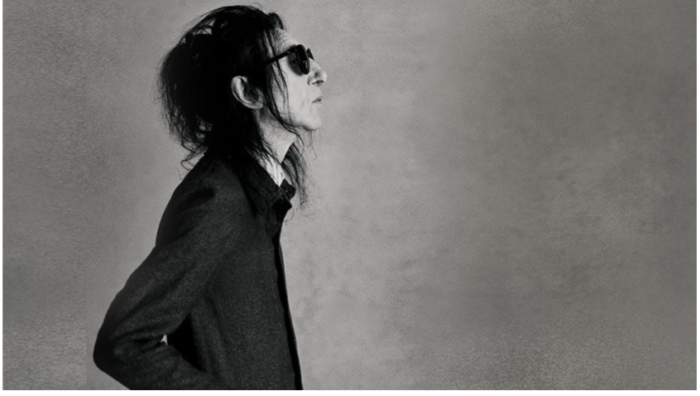 Introduced by the lugubrious swing king of cool and the man who put the lash into the Clash when he was their road manager and who wrote the best book on the legendary Westway wonders – the besuited behemoth of cool – Mr. Johnny Green  – John Cooper Clarke enters stage right towards the mic.

There he goes – the solitary skinny skeletal presence with a hornets nest of words and ideas erupting from behind his impenetrable shades and decomposed black follicles. A totally wired wordsmith of age-defying bebop cool and a beat generation survivor who still lives in the now whilst in celebration of his autobiography ‘I Wanna Be Yours’, the original ‘people’s poet’ Dr. John Cooper Clarke.

And is still as funny as fuck…

These days John Cooper Clarke seems to be a doctor and that’s fine by us. Maybe he’s a doctor of words and a surgeon of cool, a doctor of doctoring language and a guru of word voodoo. John Cooper Clarke is on a well deserved never-ending lap of honour to an adoring audience who bask in his genius and are enthralled by his effortless beat cool and deconstruction of the language.

The rat a tat a tat lyrical machine gun stands stock still on the huge stage in Manchester’s Bridgewater Hall. His impassably skinny legs still sprayed into their drainpipe kecks, the defiant fashion smarts of smart grey jacket and waistcoat, the exploding follicle experience of jet black crow’s nest hair semi tamed into a grey hat and the ubiquitous hipster shades. Here he comes the word assassin! who has lived in rock n roll’s fast lane for decals and decades and has been a generational influence on any rock n roller with a love of wordage.

These days John Cooper Clarke sells out 2000 cap venues like this for two nights in a row. He has everyone pissing with laughter at his bittersweet vignettes and hilarious rowche rumbles. His poems describe, deconstruct and take the vinegar piss out of the world around him. There is wisdom, wisecracks, dark humour and an idiosyncratic old school sense of absurdity that can rub the wrong way up.

Tonight he is on safe territory. It’s a home town show and a full house of Northen Souls who have made the good doc our very own poet laureate. Coper Clarke is perhaps the only poet that most people have heard of and these days is an almost national treasure stalking the fringes of the mainstream in his pointy Chelsea boots and pipe cleaner legs.

He delivers all his classics like Beasley Street and its update Beasley Boulevard, he ends with Twat and swears a lot because swearing is fab and swear words make total sense when they salt and pepper genius wordage.

He is mesmerisingly brilliant. There must be almost a billion words tonight  – all chewed up, spat on and turned inside out. Tonight each word is treated like a rough diamond and each word is squeezed for humour and wisdom and sneered out in that untainted northern drawl and twang that has not been watered down by thirty years of living in Essex.

Manchester and Salford especially has had a long relationship with words. The sprawling conurbations have thrown up snarky wordsmiths who bend and twists words out of shape whilst finding the magic in the mundane…Shaun Ryder, Mark Smith and Alex Turner from Arctic Monkeys and then perhaps that whole tradition of newer wordsmiths like Sleaford Mods and many others and anyone who loves the language and paints poetic pictures out of the mumbling mundane that is the reality of British life. Many have made long and strange careers out of this but the tradition, the dynasty of word bending words out of shape and sparkling them with a jet black humour and they all come back to the king of the swingers and the swinger of the kingdom who is on stage tonight.

Ever stick thin and ever dynamic the 73-year-old John Cooper Clarke is the lexicon of life and the not so heavy heavyweight champion of the poetic underdog and the poet laureate of the dispossessed that should be the poet laureate full fucking stop.

He emerged in the punk wars with a speed freak delivery of brutally funny poems delivered at 1234 amphetamine brudder Ramones speed. Reading his urban scrawl off crumpled sheets of paper taken out of a placcy bag he defied the acne infested young punks waiting for the high octane rock n roll and carved a niche with his rapid-fire bars. His act is pretty much the same in 2002 but there is an enticing slickness – these days the good doctor (and he likes to beef up his doc states) seems to have committed these word skrees to memory and the 90-minute set is a barrage of hilarious yet poignant poems none pulled out of a plastic bag and all from memory – from the carrier bag of his mind and off the top of his bird’s nest haired head punctuating a set of wordplay, ad-libs, shaggy dog stories and hilariously daft jokes.

He’s still like the Bob Dylan who was beamed down into the cobbled steers of Higher Broughton in Salford – a wilder and hipper Dylan, a Dylan without a guitar, a Dylan who was a beat-up Cortina beat poet with a Salford twang and a Northern pessimism.

The clown prince of cool, the well ‘ard bard of Salford, the greatest of our post-war poets, the eternal maverick Cooper Clarke exits the stage but not before bringing on his supports for their own ovations – Toria Garrbutt is upcoming fast and has the lyrical smarts and Mike Garry is nearing his own veteran status with his lyrical postcards from the city streets and is as engaging as ever.  This rabble of poets, this murder of crows, this Rambo of Rimbauds of the spoken word all exit the stage in a flurry of consonants and vowels, fluttering and cluttering as the room fills with a tsunami of words.

Tonight was a celebration of the word. It was pithy, poignant and funny as fuck. The good doctor has cured us with his love of language and his tearing holes in the fabric sense of the absurd.