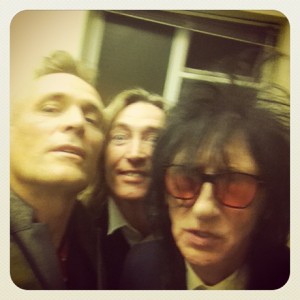 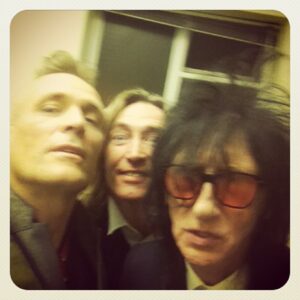 The Godfather of punk poetry and iconic British punk figurehead John Cooper Clarke will be touring North America for the first time in over 35 years.

John Cooper Clarke has a personality that is as large as the sold out arenas he has filled over his career. He is a comic, poet and rock star who is known all over the world with fans that are more than excited for his return. He has been given an honorary doctorate degree from Sanford Unversity for his contributions to the music industry and is the subject of an hour long documentary on the BBC.

The iconic John Cooper Clarke, infamous for his combinations of custom crafted poetry, sharp satirical wit, melancholic language, and hilarious political puns is making his way back to North America with a 10 city tour in the U.S. and Canada. The tour kicks off on April 30th in Las Vegas and culminates in Toronto on May 16. Treasured and adored across Europe, John Cooper Clarke is known in the U.S.A. today for his dry Manchurian wit on the final moments of the HBO Series, The Sopranos.

This poet, movie star, rock star and comedian who collaborated and toured with The Clash, The Sex Pistols, Elvis Costello and Alan Ginsberg, is the godfather of punk poetry and is legendary for his rhythmical and comedic performances.

“Swaying on his Chelsea boots, rocking the microphone stand and flicking through his well-thumbed notebooks, Cooper Clarke gives each poem a witty introduction.” – Chronicle Live

His acerbic, satirical, political and very funny verse, delivered in a unique rapid-fire performance style, resonated with the punk movement of the 70s. John became a figurehead for that movement and all it encompassed; John Cooper Clarke’s late1970s/early 1980s major label recordings are still influential today. And now, 40 years later, his work remains just as relevant as it was then.

In recent years Cooper Clarke has been a part of two worldwide # 1 albums. John’s first book of poems “Ten Years In an Open Necked Shirt” is one of the world’s best-selling poetry books. He is currently negotiating a new book deal for an imminent release. At home in Britain, Cooper Clarke’s trademark skinny flamingo profile, with its jaunty cockscomb of hair, is more identifiable than ever. The much-loved cultural icon is the subject of a BBC documentary, “Evidently John Cooper Clarke.”

After performing on a few dates on the West Cost in the fall of 2014 John Cooper Clarke is back to grace North American stages with his timeless works of poetic and comedic relief.

John Cooper Clarke’s latest download, “Live in London”, is the soundtrack from legendary show that showcases his best work – old and new. “Live In London” is released on Fulfill Records and is available on iTunes, priced at $7.92.