‘The Bard of Salford’ John Cooper Clarke arrived on stage, still stick thin with drain pipe trousers and frizzy hair, apart from age he hasn’t changed much in looks and style since I first saw him about 30 years ago.

First up was a poem about the guest list; rattling off a list of names in a quick fire Manc accent, and saying to crowd “if your names not here you have to pay”, everyone started to laugh…

A very big percentage of the show is stand up comedy, topics included; golf, Alzheimer’s, STIs not being called VD any more – this one especially had the crowd in fits of laughter.

In between the jokes we got poetry, what most people had come for Beasley Street and Evidently Chicken Town, which was used on the end of The Sopranos episode, being one of the nights highlights.

The thing about a John Cooper Clarke gig is you piss yourself laughing and come away ecstatic but can’t remember all the jokes you were told.

The tour continues throughout summer:

All words by Dod Morrison. You can read more in his author archive. 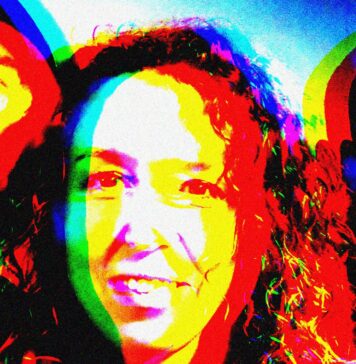