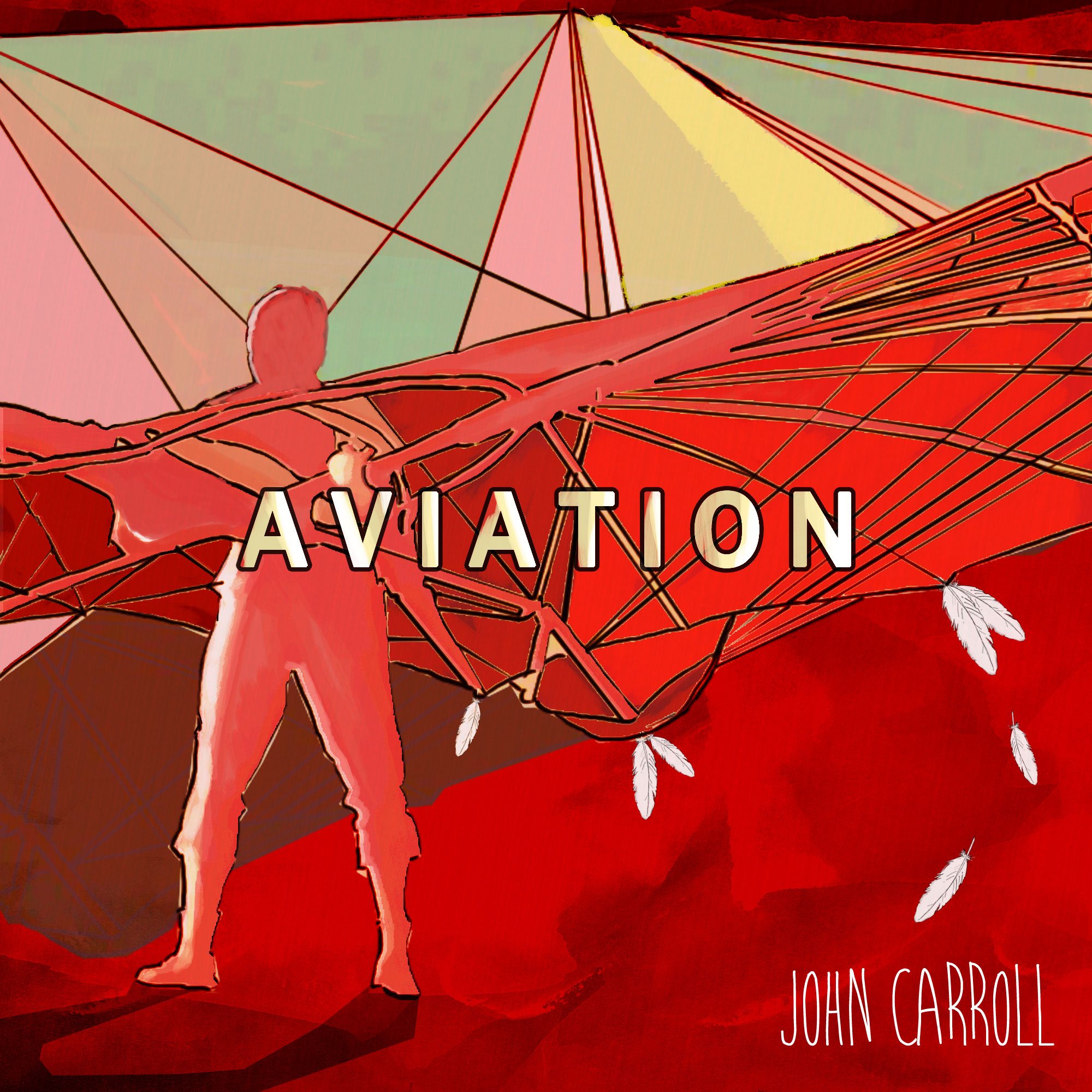 Originally hailing from Limerick, Ireland but now settled in Hangzhou, south-east China John Carroll’s music is a distinct blend of the traditional and the progressive as whilst it is framed in the context of folk music it also allows itself to fray at the edges introducing fuzz and textures more akin to indie music.

Aviation is anything but a breezy and relaxing listen and whilst it doesn’t always quite hit the mark there are certainly moments of great beauty and intrigue which makes the time you spend engaging with it worthwhile.

The moments on Aviation which intrigue and point to an interesting avenue for Carroll to follow in the future are scattered throughout often appearing in unexpected places. Take for example the sudden burst of fuzz guitar that slashes through ‘Thin Air’ or the sudden step into the world of early Eno at the beginning of Horseless. These are the moments that really excite and ones that should be further explored by Carroll.

There’s a rawness on display throughout which never lets the album slip into strum and hum mediocrity especially on opener Gravedigger and the oddly acoustic-Slint type time signatures of If You Know How.

Not all of the album connects as there are the odd moments where songs start to blend into each and start to become a little tame and generic (the worst culprit being Anonymous Proxy which manages to sound like Metronomy meeting Fleetwood Mac but not in a good way) but luckily for us overall the album displays a unique touch.

Aviation’s production is the real star of the show as it flips from dense and intense to light and sparse in exactly the right places which can also be applied to Carroll’s lyrics. Never revealing his cards  Carroll manages to land some extreme political points throughout but swerves from laying out his thoughts in plain speak instead choosing to wrap them up in rich and vivid imagery.

Aviation may have moments where it dips but overall it is a romantic, hard-hitting and brave album which signals to us a writer/musician worth paying attention to. He has the potential to take his next album into any direction he pleases (like a certain Neil Young) and that is his, and this albums, greatest strength….you never know what to expect next.

John Carroll can be found via Bandcamp  and Facebook