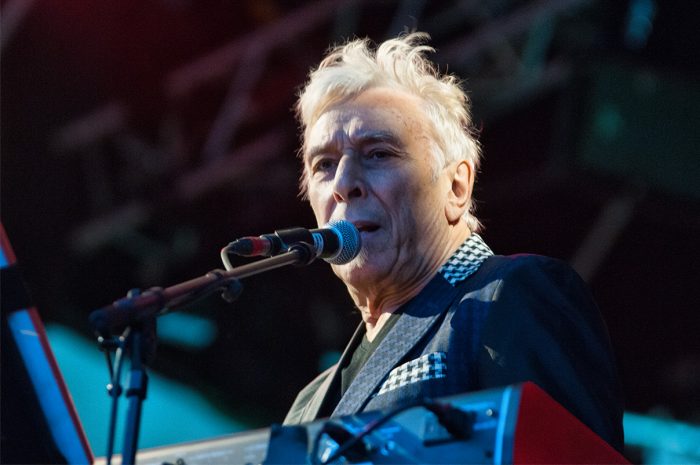 With a smorgasbord of guest singers and musicians, it was a pleasure to see this one-off event on the docks of Liverpool, which also plays host to the excellent Liverpool Sound City festival.  James Lowther (words) and Melanie Smith (photos) report back for Louder Than War.

Seeing a legendary musician from a legendary band is always a special experience, and John Cale was no exception – particularly when the performance is celebrating the 50th anniversary of one of the greatest albums of all time.

The sun was shining over the waters and the event was a sell-out, so anticipation was high by the time I arrived. The crowd was a real mixed bag with teenagers younger than myself mingling with people who lived through The Velvet Underground in their heyday.

Kicking things off with a storming performance of ‘I’m Waiting for the Man’, it was the second track – the unparalleled ‘White Light/White Heat’ – that showcased the genius of what the night had in store for us. With guest vocals and instrumentals from The Kills, each song brought a new guest and a new re-imagining of the timeless work of John Cale and co.

Some of the collaborations worked exceptionally well. Fat White Family, and Lias Kaci Saoudi’s vocals in particular, managed to capture the scuzzy edge that the Velvet Underground have become renowned for – particularly during the exceptional ‘Heroin’ towards the end of the night. This was music you’d find in a dive bar in the middle of New York, after all, and FWF perfectly encapsulated that gritty energy. 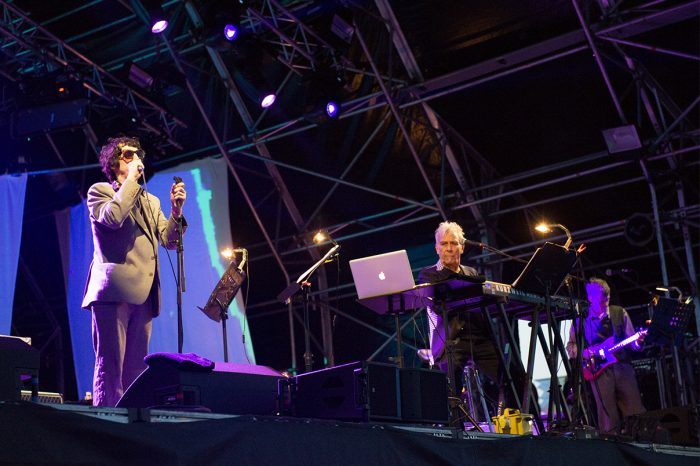 Others, like Wild Beasts, made no attempt to recapture that rawness. Instead, they utilising their soaring vocals and electronic styling to give ‘I’ll Be Your Mirror’ a modern day makeover. Moments like this were clear highlights, and it was clear that these were musicians who had grown up with and been influenced by The Velvet Underground.

Cale himself had a blast on stage, and his talent was astounding. At 75 years old, he flitted from instrument to instrument and even performed lead vocals on a couple of tracks. There had been a few sound issues throughout the set, made worse by the fact that the wind was blowing the sound out across the water, but I feel like I can let this slide.

Unfortunately, some of the collaborations didn’t work quite so well. Clinic were pleasant enough, but lacked the passion of some of the other performers. Gruff Rhys (of Super Furry Animals fame) struggled too, particularly when presented with some of the more obscure and challenging material (Lady Godiva especially felt like a real slog to get through).

There were a couple of standout highlights though. I particularly enjoyed Nadine Shah’s performance, with the goth-pop singer perfectly encapsulating the sultry vocals of Nico for ‘Femme Fatale’. On a personal level, it was poignant to see the whole crowd fall silent for a minute to remember the victims of the Manchester Arena tragedy.

The finale was bonkers. So much so that I didn’t manage to endure the whole thing as all the guests came onto the stage to play a longer version of an already long track – ‘Sister Ray’. For some, this was no doubt a highlight, but for me it felt like a slog. I’d later find out this song went on for more than half an hour – I love Velvet Underground, but not quite that much!

It was certainly an experience, and one that will likely not to be repeated. Despite the issues, I am incredibly glad that I went and hope that we continue to see performances as innovative as this in the future.