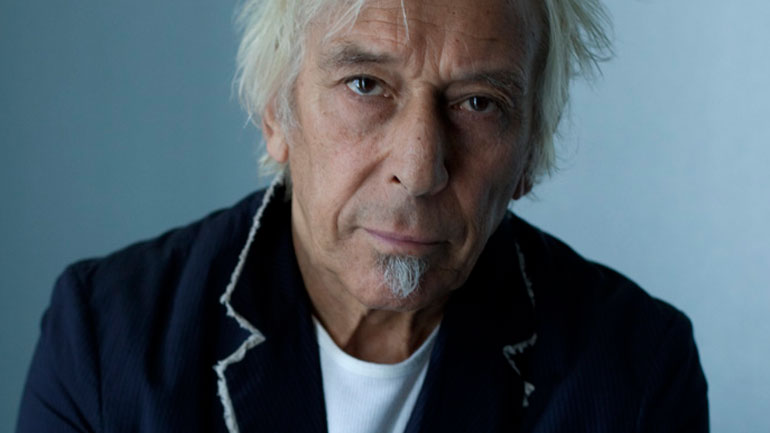 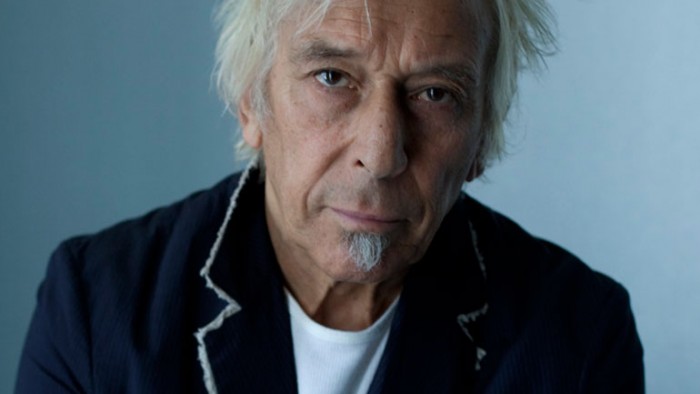 Over his long career there isn’t much that former Velvet Underground legend John Cale hasn’t done.  Musician, composer, singer-songwriter,  producer artist and writer are just a few of the strings to Cale’s bow.  Next week Cale will be one of the star turns at Camden Roundhouse‘s “In The Round” season.

Louder Than War’s Alan Ewart caught up with John Cale to try to find out what makes him tick after half a century in the music business.  What is clear is that the 73-year-old Cale has lost none of his passion or his acerbic wit.

LTW:  I was wondering why, as a classically trained musician, you made the transition to pop-rock & avant garde?  What inspired you to do so?

John Cale:  When I arrived in NY after my time at Tanglewood – the Beatles happened and you couldn’t escape the mayhem!!  It was then I realized, I’d lost out on my teenage years.  I’d been so serious, studious – determined to be a working composer, there wasn’t much time for fun.

LTW: After the best part of half a century making music and touring what inspires you to keep going?

Sometimes i’m writing a song and it starts out as one thing – and inexplicable things ocur, as if its taken its own hand and veered off to different place altogether – so you go with it!  I like when that happens on stage – not knowing where things will go – I can’t expect an audience to enjoy something I don’t believe in.

LTW:  How do you manage to keep your music fresh?

John Cale:  Same thing – just finding a new way of doing things. There are only limited amount of notes on a scale by which to compose. What’s interesting is all the chaos in between.  Semitones, microtonal shifts – they can provide everything wrong as a counterpunch to something well crafted, beautiful – but what’s beautiful to me is the oddity, the unsettling rub that occurs when experimenting with sounds and techniques.

LTW:  When you kicked off with VU back in the 1960’s you all had a pretty wild reputation.  Was it really all sex, drugs and rock n’ roll?

John Cale: Um…yep!  But there was also a LOT of work that went on as well.  That was always the most important, the work, the art…

LTW:  Last VU question – How frustrating was it that VU’s reputation as a major creative force only really became recognised after they split?

John Cale:  I think we had a different set of goals during the VU anyway. We wanted to make something that no one else could claim. That was my holdover from the Avant Garde – you didn’t want to do something that’s been done before.  Its a quest that keeps you hungry.  I think thats why it took a while for people to explore the VU – nothing was instantly recognizable as in pop music, so its not that hard to understand why it didn’t catch on immediately.

LTW:  You have collaborated with a virtual Who’s Who of the greats in the music industry.  Who did you enjoy working with most and why?

John Cale:  Thats an impossible question – as long as the process was honest – its always beneficial.

LTW:  When you play live what is your favourite piece to play and why?

John Cale:  Another impossible question – that’s like asking which of your children you like best.  Besides, my favorites change according to the circumstances – I’m constantly changing arrangements when we play live, so its always different anyway.

LTW: Is there a song you never want to hear again?

LTW:  When you perform do you have a strict setlist to do you take the Van Morrison/Dylan approach and rehearse a bunch of songs and play what feels right at the time?

John Cale:  Unless there’s a special event with an orchestra or the like – I definitely go off script at will. You have to play to the audience, the reason you’re on stage.

LTW:  We all have a guilty musical pleasure. Whats yours?

LTW: You have a love of visual art as well as music.  What connect the two and what attracts you to that form of expression?

John Cale:  It plays with your perception.  I like altering the expected perception and visual art is another way to do just that.

LTW: I often feel the very best musicians paint pictures with sounds.  Do you agree?  How do you approach doing so?

John Cale:  I’ve always been attracted to the cinematic approach when it comes to production.  With M:FANS the intention was to create a cinematic sound-scape to thread the album together between past and future — it took an extraordinary amount of time to get the balances just right. The fuzz, crackle and orchestral strings, low-end, warped noises –  were all intended to invoke mood and time.

LTW:  Finally, is there  a question that you always wish interviewers would ask you and never do?  What is it and what is the answer?

John Cale was talking to Alan Ewart you can follow Alan on Twitter at @soundofmysummer or on the internet at soundofsummer.org and you can read more posts by Alan at his Louder Than War author’s archive.