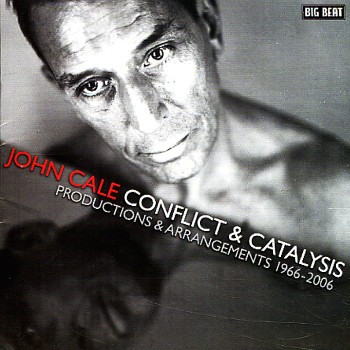 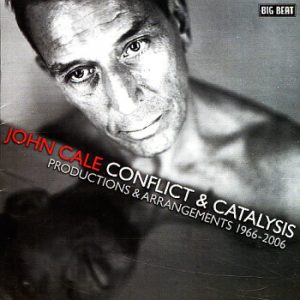 John Cale’s brilliant musical career has taken him down many different avenues. Since leaving the legendary Velvet Underground in 1968, founding member Cale has released a total of 21 solo and live albums ”â€œranging from avant-gardeminimalism, through blasted guitar-based rock to full-scale orchestral music. Then there are Cale’s numerous film soundtracks and musical collaborations with William Burroughs, Nick Drake, La Monte Young and numerous others.

Obviously on Conflict & Catalysis the spotlight is on Cale the producer. Straddling over 40 years, this greatanthology contains everything – from The Velvet Underground’s ”ËœVenus In Furs’ (Andy Warhol was labelled the producer of The Velvet Underground & Nico, but Cale was really in charge of the music and arrangements), through the thrilling proto-punk of The Stooges’ first LP (Cale’s mix of ”ËœI Wanna Be Your Dog’, with piano, which he played, and sleigh bells to the fore), the eponymous The Modern Lovers (the unforgettable ”ËœPablo Picasso’), Patti Smith’s Horses (”ËœIn Excelsis Deo/Gloria’), Nico’s wonderful 1970 solo record Desertshore (the beautiful ”ËœAfraid’) to European pop princess Lio’s 1986 string dominated ”ËœDallas’ and enigmatic ZE label no-wave ”Ëœdiva’ Cristina (the amusing 1978 ”ËœDisco Clone’).

Compiled and noted by Mick Patrick and Neil Dell, Conflict & Catalysiscomes with a smart 28-page booklet featuring a 9000-word essay, incorporating specially commissioned recollections from several of the featured performers.

Conflict & Catalysis offers much insight into what it takes to be an artistically successful producer and presents a fine introduction to Cale’s timeless work.