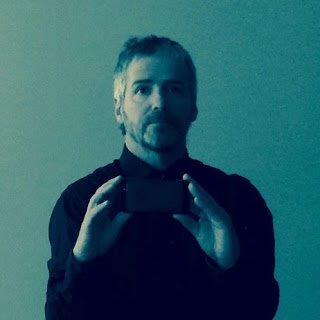 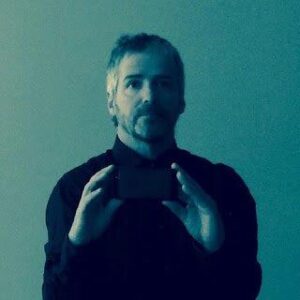 Bramwell returns from his camper van journey around the UK and Europe with his dog Henry on fine form with this stunning solo album after 20 plus years of songwriting under his belt and a musical past to be proud of.

I first crossed paths with John during the halycon days of The Boardwalk in Manchester where I was a regular and saw him play under his old moniker of Johnny Dangerously. I was more of a grunge / post punk listener back then after the explosion of Nirvana and didn’t take much notice, however I knew there was a glimmer of magic in this confident guy armed with his acoustic guitar and John Lennonist vocals. To be truthful I only realised how good he was when I witnessed I Am Kloot supporting Turin Brakes many year later at The Academy, and I was hooked. He looked like a man pouring sweat and tears into his craft rather than going through the motions. Last time I saw him was at The Deaf Institute with his backing band and he was on top form. This latest offering sounds personal and pleasurable in many ways and although short is a masterclass in songwriting.

It kicks off with A Field Full Of Secrets, a sublime one note organ sound which carries through with some nice cinematic piano licks and some clacking sound which gives it a dusty western feel. Who Is Anybody is a nice folk number which asks questions and also has that great sound which John has been able to produce for some time. Times Arrow is a cracking number, again with thought provoking lyrics and great stripped down acoustic guitar. From The Shore is a highlight to me as it’s one of those songs that if you close your eyes you could be sat on the English shoreline in the sun basking with a great tune in your head. There’s the beautiful The Whipperwill again asking questions, and the glory of title track Leave Alone The Empty Spaces with it’s stunning harmonies. Tallulah is a nice instrumental with the lyrics “Wherever you go, wherever you are, I’ll love you” coming in towards the end. A lover? His mother? Who knows? Last track Meet Me At The Station closes the album with lyrics suggesting he’s had a run in with the tax man but John has always had a sense of humour in his lyrics and is probably taking the piss! I’d say it’s a great debut solo album but he’s been writing good songs for that long I’d be lying. Top notch stuff and I’ll even go out on a limb here and call him the Nick Drake of our era. Pete Doherty (The Libertines) once called him one of the greatest songwriters in the UK. I doubt he was wrong.