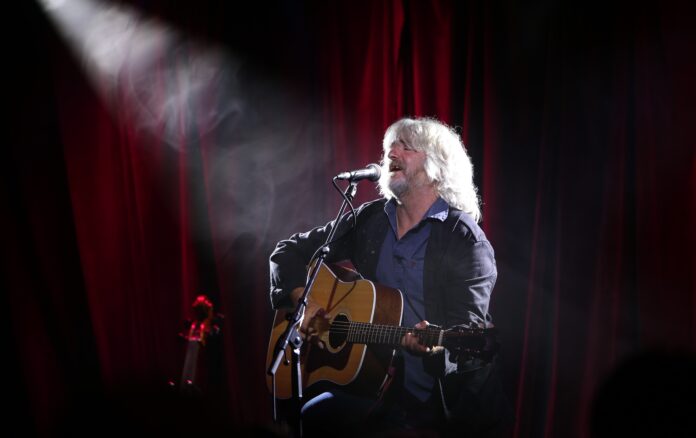 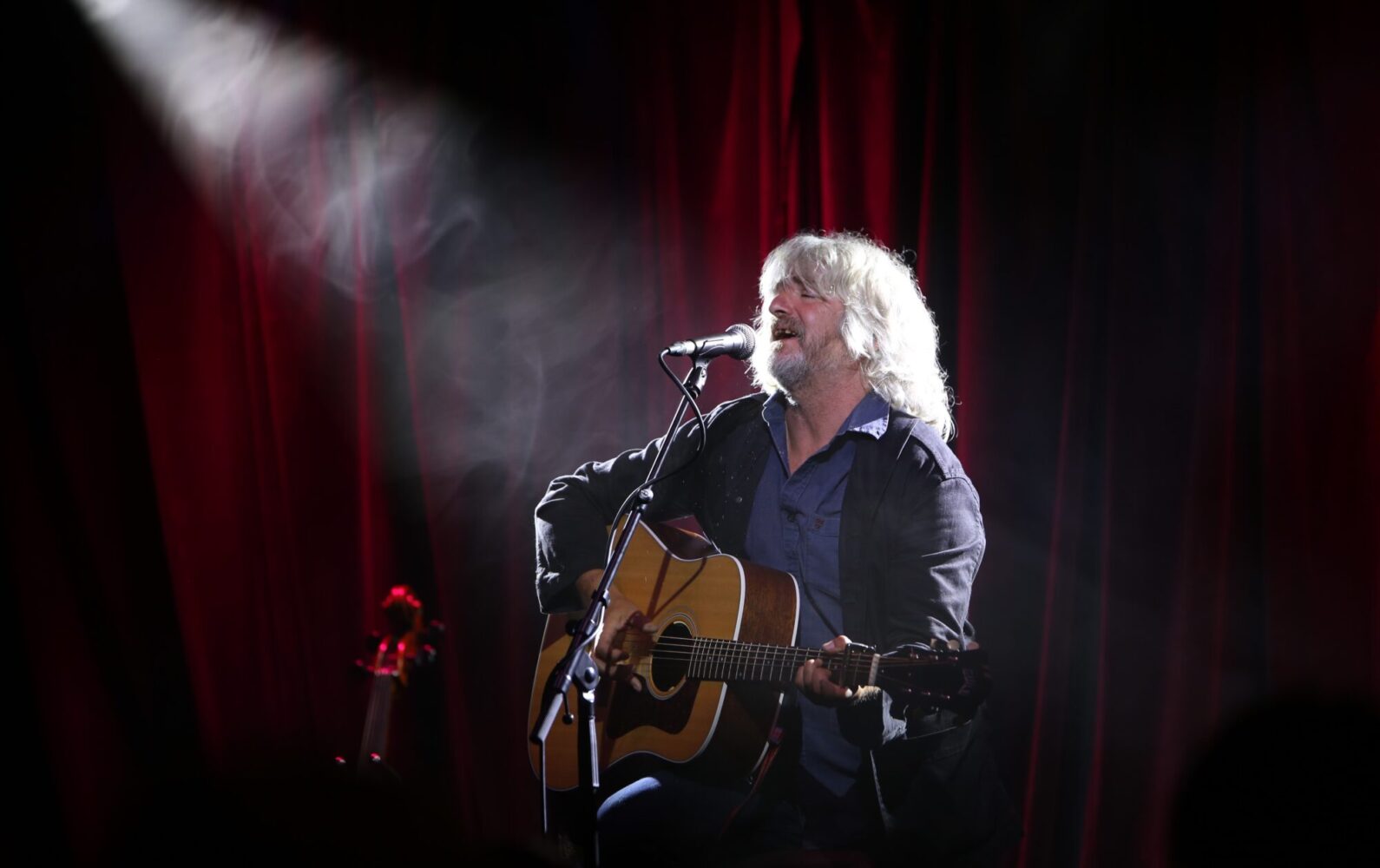 In another life one of our best tunesmiths was singing TV host Johnny Dangerously, so it’s not that surprising John Bramwell’s solo shows have turned into an entertaining mix of therapy sessions, stand up comedy and some breathtaking songs.

Bramwell is playing the last of three nights at a venue he describes as one of his two favourites in the whole country so seems very relaxed.

As always a Bramwell gig is the musical equivalent of Russian roulette as you never know what to expect when you turn up – mainly because this ever-mercurial performer has no clue either.

Tonight he is in playful mode as after smashing out opener Bigger Wheels he declares that was worth your 25 quid and looked to be heading for the exit. Luckily he stayed reeling off a string of stripped down I Am Kloot classics, which made you wonder why on earth he’s not playing arenas when the turgid Elbow have somehow managed it.

He cracks the expected jokes, including the infamous setlist gag that has prompted online complaints when he fails to do it. There is a wonderful moment when he just stands silently at the mic before observing that isn’t it just great to be able once again to do fuck all with a bunch of people I don’t know.

There are times when your heart is in your mouth as he balances precariously on his barstool wringing beautiful notes out on his acoustic, but he somehow avoided a tumble.  He declares the delayed new album with his band The Full Harmonic Convergence to be brilliant, and apologies for the band being absent due to the virus.

He does treat the faithful to a new tune, When the Light Goes Out, which shows he has not lost his uncanny gift for melody and penning bittersweet lyrics. After that, he introduces cellist Harriet Bradshaw who is the only band member to make it over to West Yorkshire.

It’s like a switch has been thrown as a more focused Bramwell clearly loves playing with someone he keeps describing as an inspiration, and Bradshaw’s cello really adds something to his melancholic masterpieces.

A song like 86 TVs is given extra depth and pathos by the mournful notes Bradshaw teases out and Bramwell takes his voice to some really interesting places wringing every ounce of emotion out of the words. Another new one Sky Full of Thunder and Lighting suggests he may be right and the album could be a real belter.

John Bramwell has always had a bit of the devil in him, which comes out in this often loose set, but all that is dispelled as the crowd go home happy with set closers Northern Sky and Proof ringing in their ears.