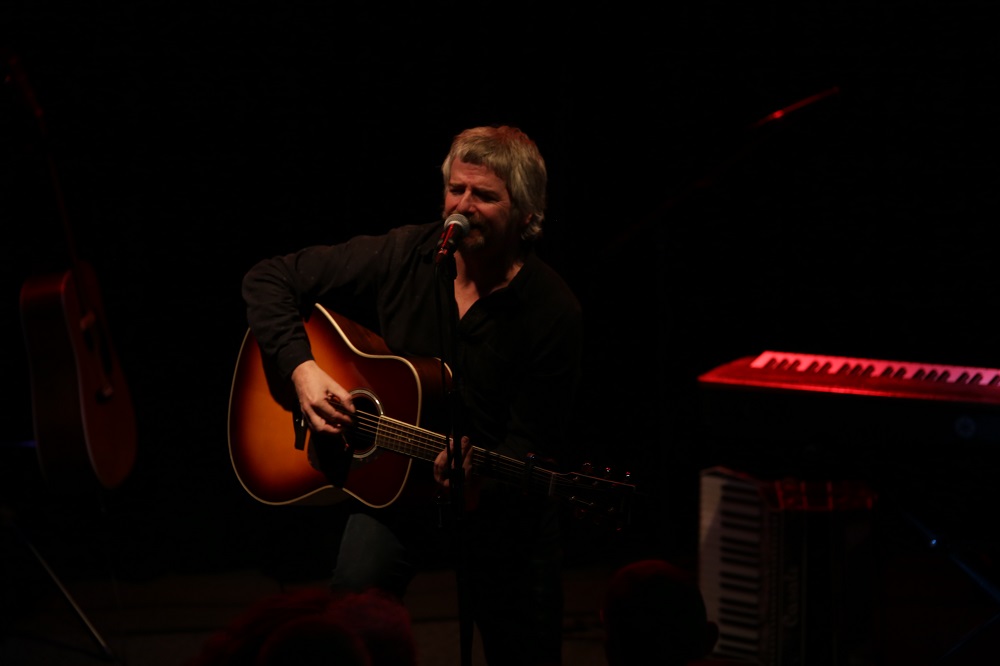 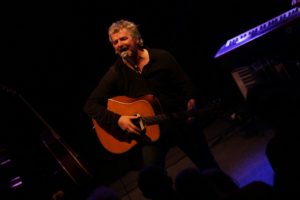 I Am Kloot’s John Bramwell on top form as he plays songs from forthcoming solo album. Paul Clarke reports for Louder Than War.

I think it’s fair to say going to see John Bramwell can be a risky business but tonight he is so on it reeling off classic after classic.

It is one of the enduring mysteries that smug dullards like Elbow can pack arenas especially when Bramwell is so much a better songwriter than Garvey – both lyrically and with a priceless ability to knock off a a catchy melody.

So it was a bit risky to start with two unnamed new songs form his forthcoming solo album – Leave Alone The Empty Spaces? – due out in the autumn, but it paid off as both were just as good as his mighty back I am Kloot catalogue despite being a little rough round the edge. Smart lyrics – tick. Smart melody – tick. Solo album might be a classic – tick.

As as well as being a great songwriter Bramwell is also really funny and the ‘bantz’ with his hardcore fans is part of the show – especially when he regales a sell-out crowd with tales of being the worst food and drink manager in Tesco’s history. Retail’s loss is our gain as he produces an amazing version of Bigger Wheels with acoustic guitar licks Davey Graham would have been proud of. I Believe is a stone cold classic as Bramwell does it real justice.

It was lovely to hear Black And Blue – the very first song Bramwell wrote aged just 18 – and it was even sweeter that Manc legend Terry Christian was in the room as Bramwell recalled that it got its debut airplay on Christian’s radio show.
Pianist Alan Lowles contributed some real texture to Bramwell’s splendid acoustic playing adding accordion to drinking anthem To The Brink, which prompted a moving singalong, and then added some glorious piano to a stunning 86 TV’s. The crowd were at it again during Northern Skies which brought a huge smile smile to Bramwell’s face.
He dedicated the terminally beautiful The Same Deep Water As Me to his girlfriend who was at home minding their dog Henry and hadn’t bothered coming tonight jokingly telling him ‘Ive seen you before.’
Talented support Dave Fidler pops up on bass as Bramwell plays the title track from his solo album and it is pleasing to report it just as good as the Kloot stuff. Another rnew track Who is Anyone Anyway was – surprise, surprise –  written when he was pissed staring at a mirror as Lowles switches to bass and Fidler adds a second acoustic guitar.
It turns out to be a triumphant night from a man who remains one of our very best songwriters ending with the genius of Twist and a massive ovation for a decent man who seems well on the way to solo greatness. 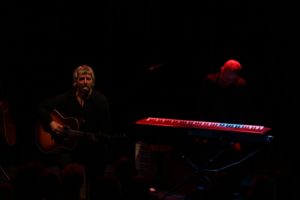 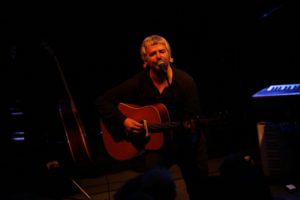 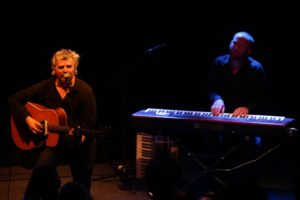 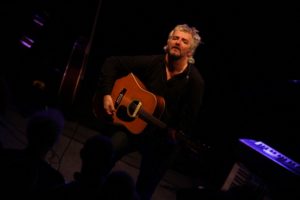 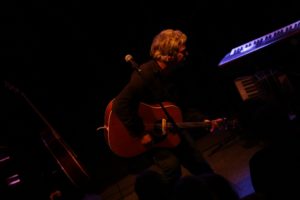 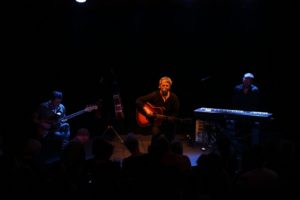 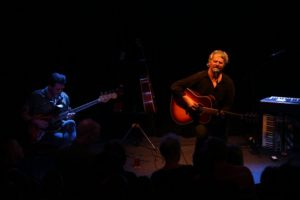 ~
All words by Paul Clarke. More from Paul can be found in his author archive here.