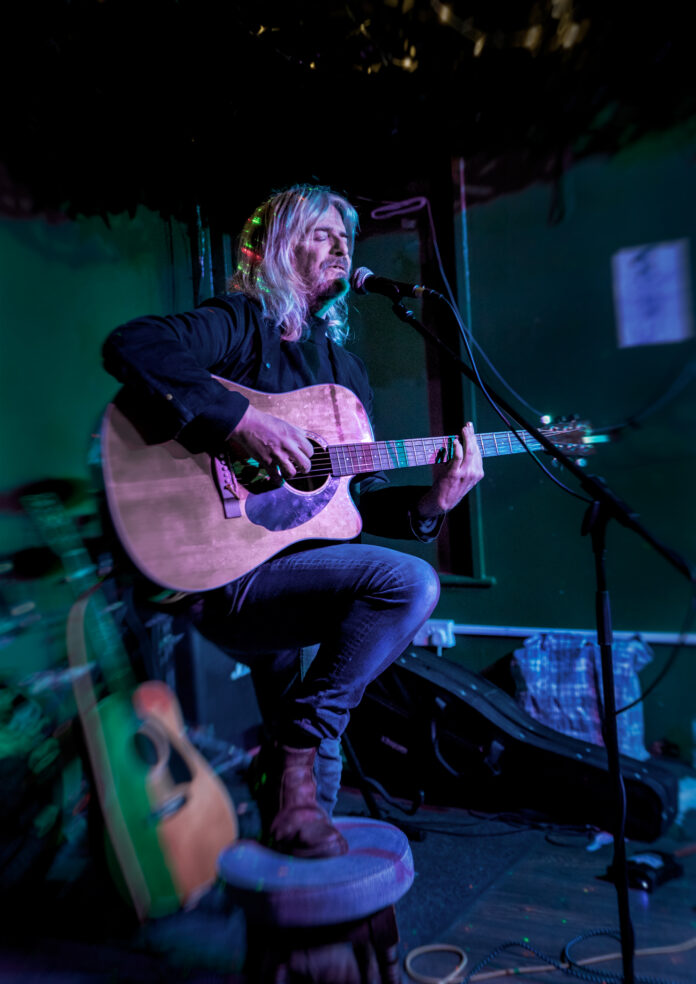 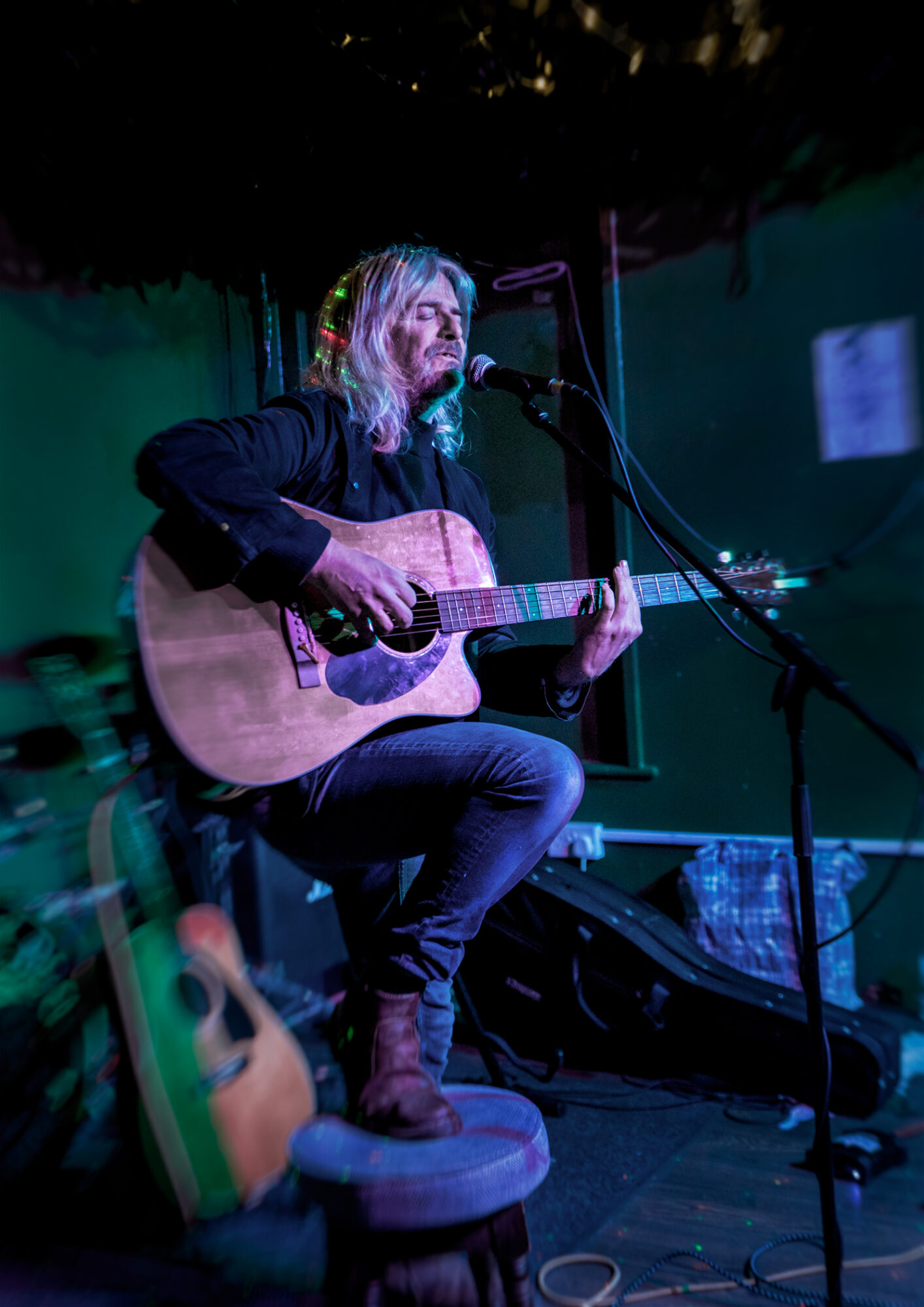 As far as I’m aware, John Bramwell last played at Hebden Bridge Trades club and had a mischievous streak throughout the set with the usual cheeky banter and wicked wind ups. Tonight is no different as he throws a few curve balls and then some…

It’s a cold windy night out here in Northwich, yet we don’t care due to the knowledge that John Bramwell is in town after a short break since last years ups and downs with our bunch of Government clowns. I arrive early to a warm welcoming Salty Dog, where the people are trickling in slowly but surely. 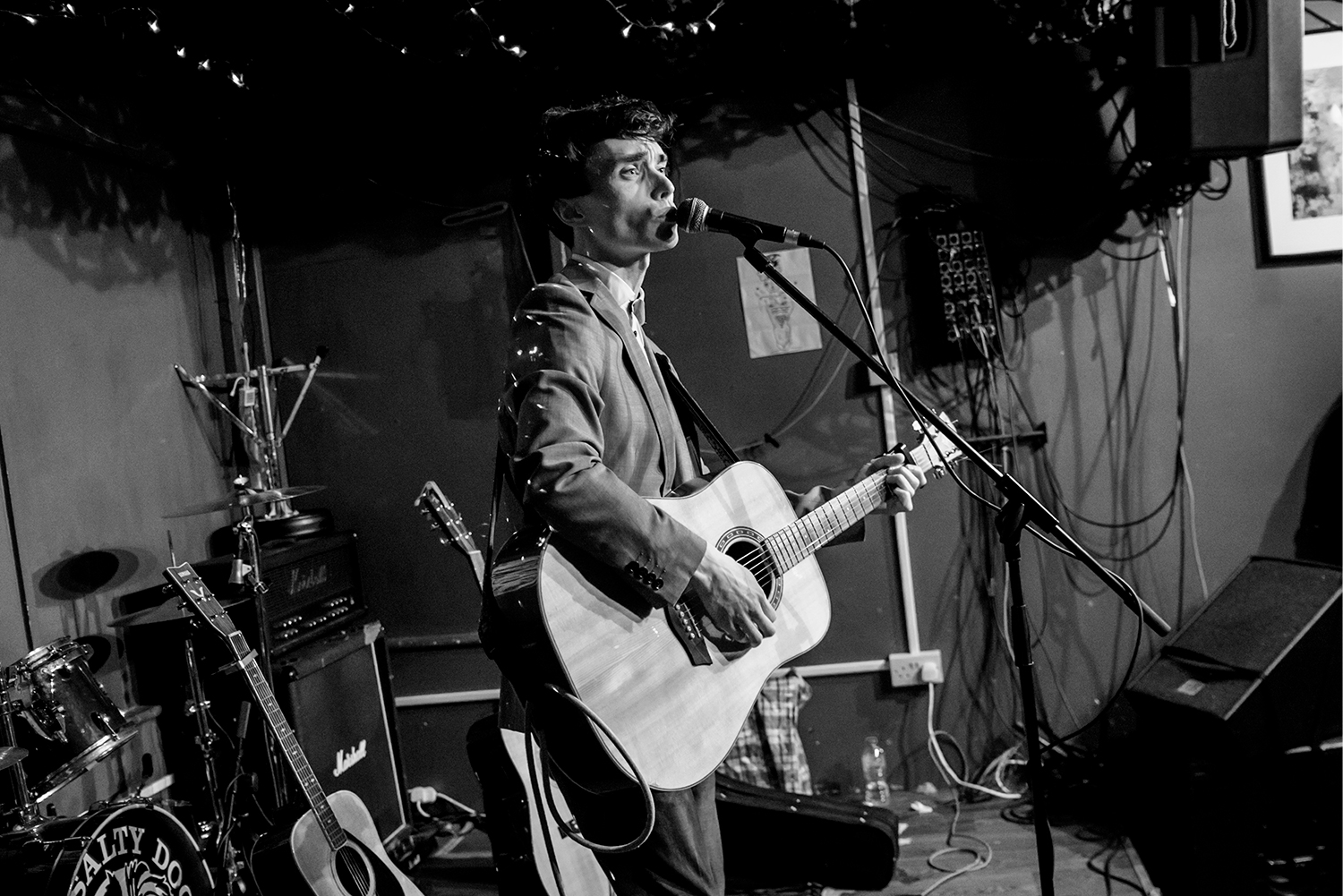 Chris Taverner is first up on stage, dressed in his dapper attire looking like an old school folk troubadour. He’s been around the block this talented young lad from Northwich, sharing the stage with the likes of Tony Hadley, Peter Hook and ermm Super Hans, whilst also penning songs for Sir Ian McKellen. I first caught him a few years back, before the pandemic and he’s no stranger to hard work, gigging everywhere and anywhere to hone his talents. He’s a joy to watch, can play that acoustic guitar with style and he knows how to make you smile, with gems such as The Crisis In Northwich, the brilliantly penned Faking Cool and his ode to Harry Styles – Praise Him which you can’t tell whether he’s a sarcastic bastard or actually loves him. He never bores you and keeps you enthralled with his clever comedic lyrics and his between song banter that reminds me a bit of a modern Mike Harding with the wit of George Formby piled in there. You’ve not heard the last of this refreshing musician. 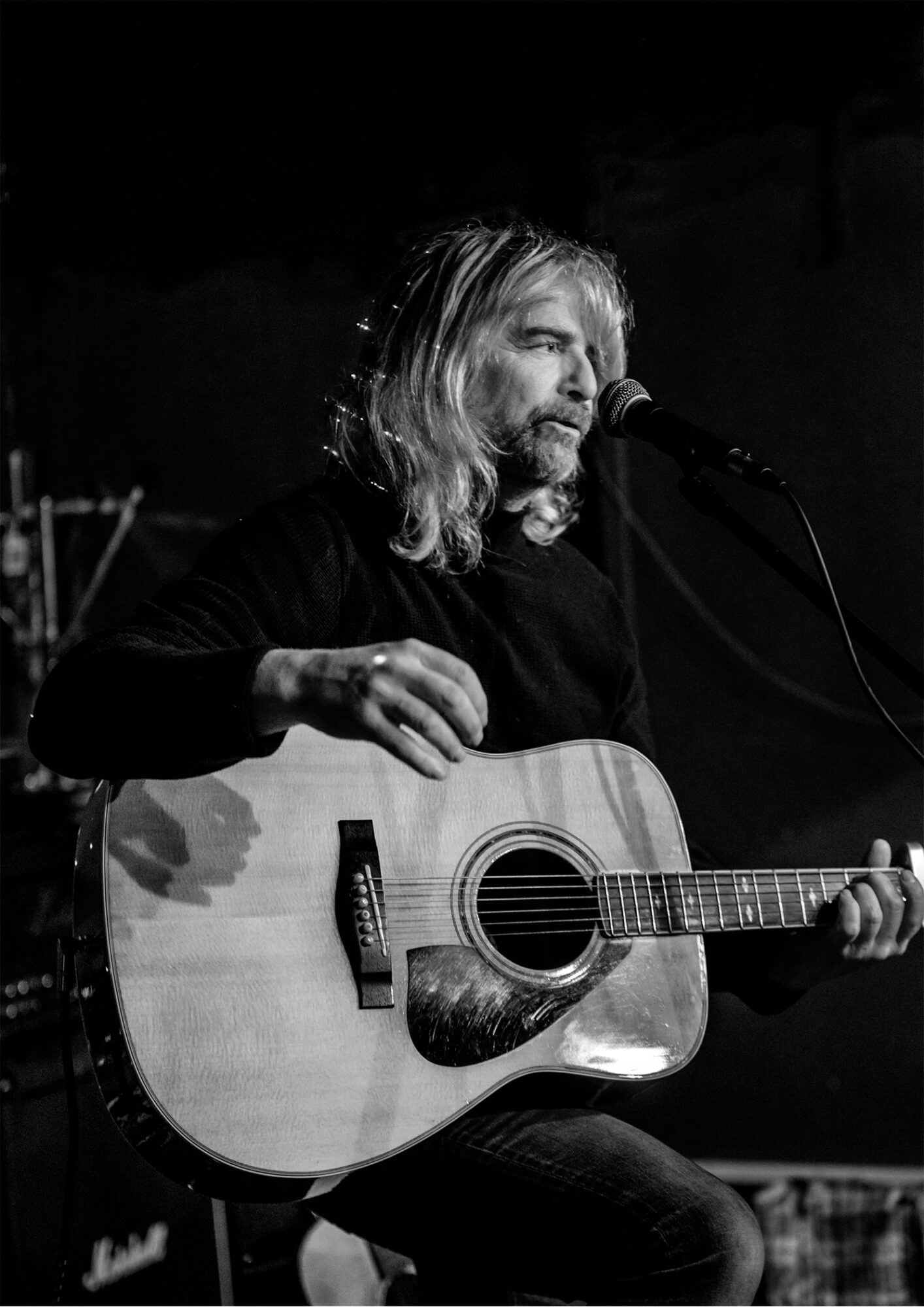 John Bramwell is no stranger to me, having seen him numerous times with the massively overlooked I Am Kloot and in his own right as a solo artist, a stand out being his Deaf Institute gig a few years back which was magical. From reports earlier he has this thing about set lists which I discover when I ask him for one pre gig. “Are you having a fuckin’ laugh? I don’t know what I’m doing myself!” is his reply. That’s how spontaneous he is throughout the night, arriving on stage proclaiming he’s making it up as he goes along and telling his usual jokes to warm us up before hitting us with some spine chilling I Am Kloot moments that have my partner in tears, especially when he does a cracking version of Storm Warning and the brilliant Proof.

John has been proclaimed as one of the best songwriters of our times and you can see why, the way he cradles that guitar like a loved child and wrings some beautiful sound out of it. John airs a new instrumental which has a bass like driven sound and he masters that fretboard with skill and knowledge which has us all mesmerised. “Fuck you Neil Young” he says at the end which has me wondering whether I’ll ever miss that ‘Crazy Horse’ on Spotify. 86 TV’s come at us as strong as it’s ever been and he even does some kind of psych fuckery on one track when asking the sound guy to turn up his vocals and guitar for a bit of strange echoing wonk. John tells us at one point that he’s in a bad mood and things get a bit tense as he hits us Northern Sky, has a bit of a rant about letting us have our money back, then launches into another Kloot classic From Your Favourite Sky. Apologies if I have the songs in the wrong order as what comes next just confuses everyone. He walks off stage stating the gig is over and we can all have a refund, after some scathing comments regarding the state of the Government and disappears. The audience just don’t know what to say. Just confused looks all round and a bit of a shocker to say the least. I honestly hope John was just having a bit of a mad moment and he is alright as this set was stunning while it lasted and he is a rare talent to be admired in our rich history of singer songwriters. We care Mr Bramwell.