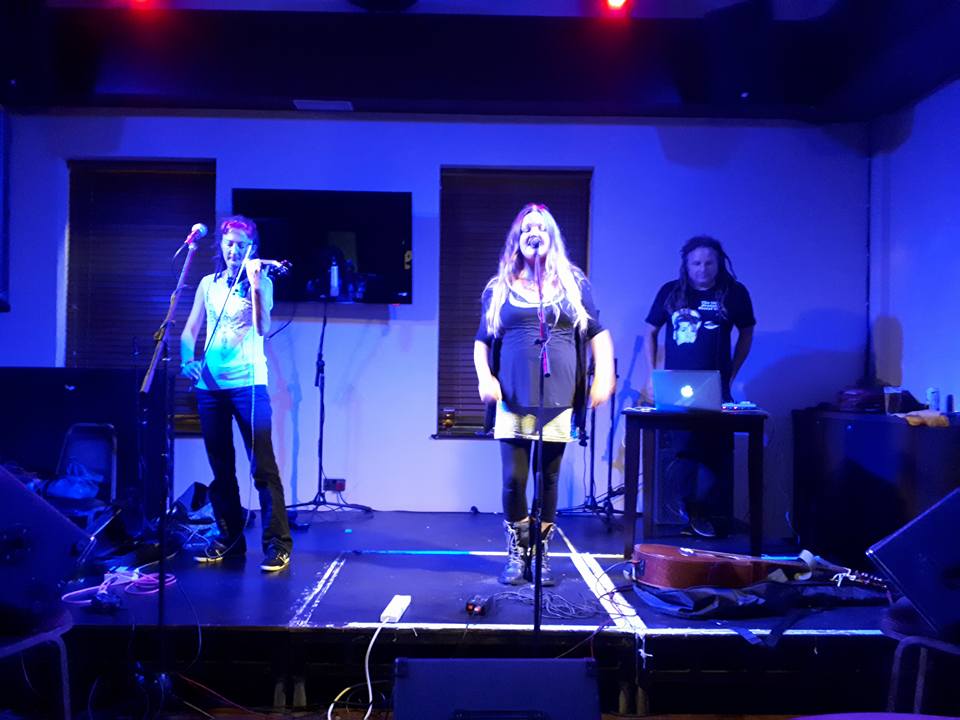 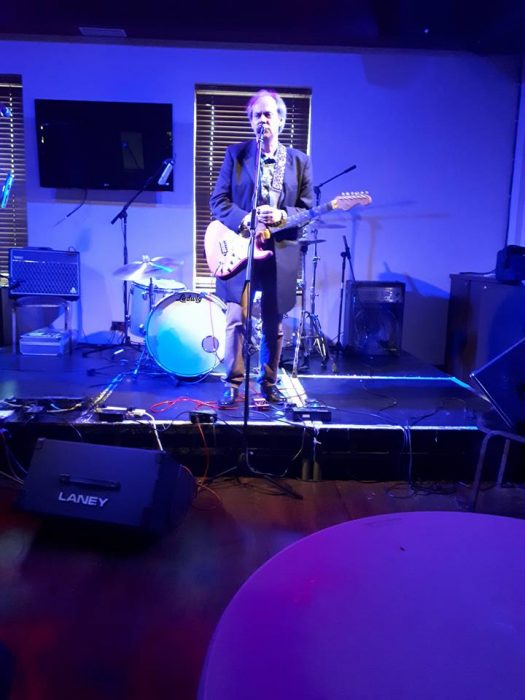 German Shepherd Records, a Salford-based label celebrating exciting and experimental music from all over the world, consistently organises eclectic live showcases which give a great dose of variety. Considering the sheer majority of us in Manchester seem to be coming down with some kind of lurgy (myself included), the dose of difference provided by the line-up of Johann Kloos, Joe Symes and The Loving Kind and Keltrix at Fred’s Ale House Levenshulme on Saturday 12th August – organised by Stephen Doyle and Bob Osborne – certainly was welcome.

First to take to the stage was Johann Kloos, a lifelong musician originally from Herts/Essex now based in Manchester, not only a solo artist but part of the bands Weimar and also The Sandells. Having seen him perform just a few weeks before at the The Sandells’ album launch (Gullivers NQ), I was interested to see if the expressive, yet eloquently-carried guitar mastery he seems to deliver with an eerie, effective coolness would be conveyed as part of his solo act. He had also graciously taken the gig slot quite last minute, on the original artist Sam Smith not being able to make it – and I wondered if the loss of Smith’s eclectic, impassioned approach would impact the evening.

But I wasn’t disappointed. Kloos’ material had an experimental edge, yet his guitar and vocals well-balanced, and the power of his stage presence held by intense facial expressions which kept the audience fixed upon the stage. He clearly made his mark as an artist who would not be talked over, turning the once loud, echoey (and indeed very enigmatic) church hall-like venue space in Fred’s Ale House into a chamber of creative interpretation. His tracks were delivered with a dark humour and created an ideal intensity for the evening, with shimmering guitar hooks and gravitas.

To follow were Joe Symes and the Loving Kind, a three-piece band from Liverpool who brought a brilliant layer of scouse charm, upbeat tunes with attitude and a notable instrumental flair – an almost garage-like grittiness to their sound. This is a group that is going places, as having released their debut album, they’ve since played Noel Gallagher’s High Flying Birds Aftershow Party, featured at a number of festivals and have a second album due late 2017/early 2018.

For a three-piece, this is a group which delivers surprising depth with their 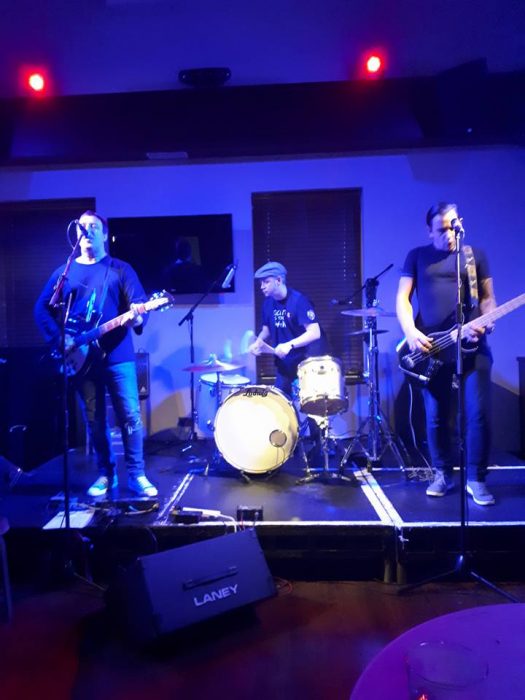 drive – and their live instrumentation is particularly effective. The animated and diverse drumming was particularly notable: using a range of textured sticks and techniques to create a swift, semi- psychedelic rhythm. At times the intensity of the beat was at risk of rolling over the vocals, which seemed fairly low in the mix, but thanks to the band’s creative flair, complete with mouth organ (played by Joe Symes himself) and a kazoo-like instrument dropped in by the drummer, their set came together in a high-energy musical mash. This is music with positivity but far from empty, packing a power through confident, captivating bass and the buzz of Syme’s slick guitar playing, which as aforementioned, gives them a garage edge.

In a show of brilliant variety – and one of the most striking acts I have seen for a long time – Keltrix were last up on the bill. They are an award-winning trio infusing electro folk with acoustic instrumentation, almost grungy, gutsy vocals and spiralling soundscapes. This is folk music with a fiery, flighty sense to it, and I was quickly entranced.

They’ve supported the likes of Dreadzone and The Levellers, and I loved the inclusion of an electric violin which veered out into the night with its own unique, enticing rhythm which when mixed with their blend of beats, had the audience up dancing. The type of tunes that incense people to dance so late into the night was a sure sign of strength.

Lead singer Keri Kel’s vocals also stood-out, soaring upwards with socially-conscious, artfully acidic lyrics along the lines of ‘Just because you’ve had your dick in me/ doesn’t mean you can be one’, delivered with a bold stage presence. Watching a band with brilliant chemistry in turn captivated the audience, many of whom pushed their chairs back and were up on the floor. The transition from a sitting gig to dancing one showed the great charm and talent of Cambridge-based Keltrix – there was no standing in between. People either sat and swayed or stood and danced: to tunes that were impossible to be still to!

With such an impressive series of instruments, Keltrix is a band I will be keeping my eye and ear on for sure. The additions of deep dwelling violin parts, as well as Keri Kel taking to acoustic guitar showed the clear co-ordination not just of sound, but an experience – pulling on the turbulence of life and i 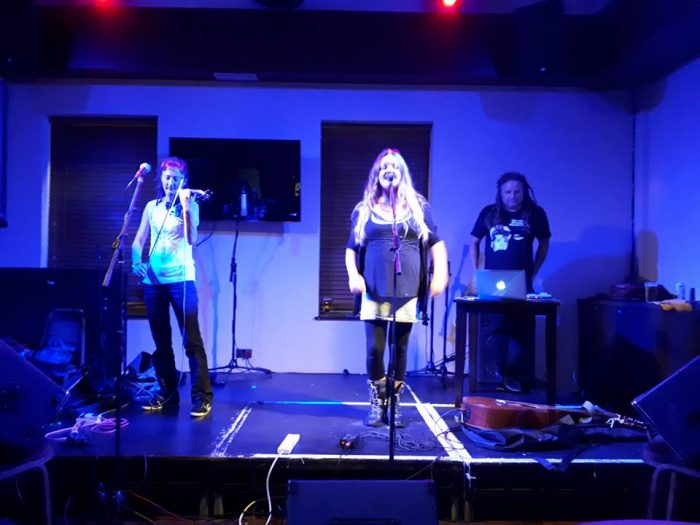 ts contents to move the crowd.

An evening which celebrated creative and experimental combinations of sound – which in an era of so much over-production and over-saturation, really is a welcome and rousing reminder that musicians still don’t need to be put into boxes. Brilliant.