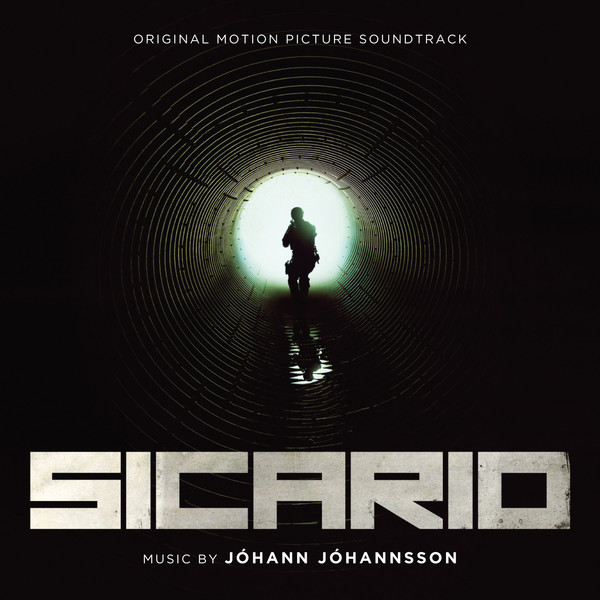 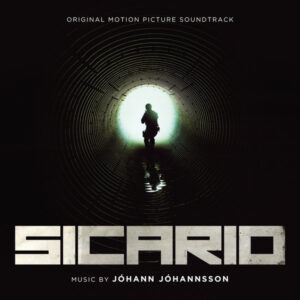 It has to be said that movie soundtracks, whilst fitting against the backdrop of film are, on the whole boring affairs when listened to in isolation. That’s a soundtrack specifically written for a film by the way, not the ‘easy way out’ by chucking a series of non-related songs together.

The new crime thriller starring Emily Blunt, Charles Brolin and Benicio del Toro, looks from the trailers like a dramatic affair. Guns, kidnapping, guns, drugs, guns and more guns – yes, it’s one of ‘those’ films – and on first listening the soundtrack also sounds like just another soundtrack.

The difficulty with Johannsson’s effort is that when listening without headphones it sometimes sounds boring, samey and seems to repeat the same percussive pattern throughout. When speakers are inserted into the ears, the whole affair takes on a new perspective. It’s atmospheric, it’s almost frightening, and it’s tyrannical.

It exudes an enormous power, probably fitting the movie perfectly. The enormity of some of the crashes and pounds is sometimes difficult to believe, and the collection almost becomes nightmarish. Look over your shoulder, or glance at the door that is slightly ajar and you’ll feel the need to secure yourself.

There are breaks from the volume. Tracks like Desert Music, Reflection and Melancholia provide beautifully subtle interludes. Wistful in their simplicity, using acoustic guitars, string sections and faint keyboards they offer a break from the organised anarchy.

Night Vision creates a tension that makes your heart slowly pound before Tunnel Music almost distorts with the crawling, dinosaur like drawl that strings the whole soundtrack together. As you’d maybe expect, the soundtrack (and more than likely the film) ends on a quieter note, droning synth sounds and minimalist effects, for which Johannsson made his mark, slowly fading out into the distance.

It’s an album of two halves. Listen to it close up close up and you’ll discover something rather special. Don’t, and you’ll miss out.

The Johann Johannsson is here: johannjohannsson.com. He can be followed on Twitter as @johannjohannss and liked on Facebook.