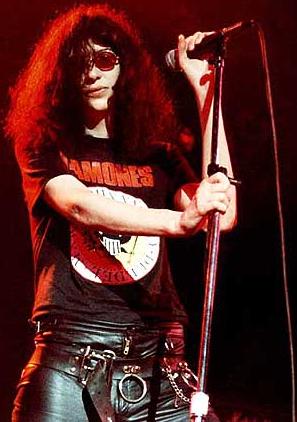 An album of Joey Ramone demos called Ya Know is to be released on May 15.

The new album features 17 songs recorded by the frontman of the Ramones as demos for and after the band broke up in 1996. The tracks include prideful rock anthems like “Rock & Roll Is the Answer”Â and “New York City,”Â as well as a country-esque ballad “Waiting for the Railroad.”Â

Ya Know? was produced by Ed Stasium and Jean Beauvoir, who worked with the Ramones in the past. Joan Jett, the E Street Band’s Steven Van Zandt, drummer Richie Ramone, and members of Cheap Trick and the Dictators are among the friends and fans who contributed new overdubs.

The title of Ya Know? is an homage to Joey, who practically said that at the end of every sentence, with his Queens accent.

The Slits – by Zoe Howe

November 18, 2014
We use cookies to ensure that we give you the best experience on our website. If you continue to use this site we will assume that you are happy with it.Ok