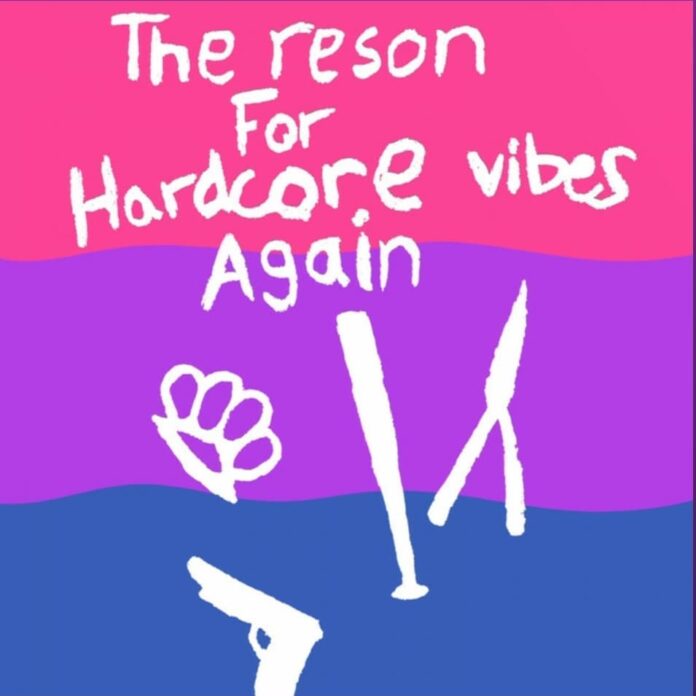 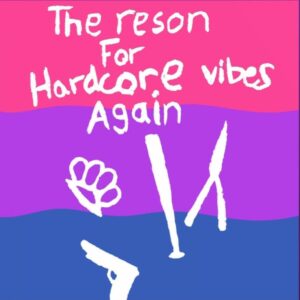 Joe & The Shitboys: The Reson For Hardcore Vibes (Again)

Several things grabbed my attention about this release. 1) You can’t ignore a name like Joe & The Shitboys. 2) I’ve never heard of a Faroese band before, although it seems Death Metal is apparently a thing there. 3) This album has 10 tracks on a 7”, and lasts a little over 10mins.

The four piece bisexual vegan punks are clearly influenced by The Ramones in both song length and naming convention. The band is made up of Joe on vocals, Ziggy Shit on guitar, Sammy Shit on bass guitar and Johnny Shit on drums. They formed with the intention of “calling out shitty behaviour in the conservative Faroe Islands, where the rock scene is filled with boneless homophobes and meat-eating misogynists – and continue to take their aim at general vibe killers everywhere”.

The Reson For Hardcore Vibes (Again) is the follow up to their 2019 album, The Reson For Hardcore Vibes which similarly also packed 10 fierce and witty sonic blasts on a 7” (now a collectors item which sells for upwards of £70). This new release takes aim at “eco-hypocrites, fake allies, egomaniacs and online abusers,” via with recent digital singles Save The Planet You Dumb Shit; Closeted HomoFObe; Manspredator and Pull The Trigger with the focus here being on the pro-choice 36 second anthem ‘Kill Your Darlings’ – which Joe explains as “30 seconds of fuck you to the shit pro-lifers say”. The ‘album’ also takes shots at those wearing rose tinted glasses on The Good Ol’ Days and contains a pair of possibly the world’s sweariest songs in Personal Space Invader and An Ode To Shitheads.   The band also have re-worked their debut single, with the title track The Reson For Hardcore Vibes (Again) just to underline the point that they’re still pissed off about the stinking fish factories!

Joe & The Shitboys have built up a reputation for their ferocious live shows, playing on average of 27 tracks in 40mins and are about to announce a UK tour for Feb 2022. Definitely one to look out for! 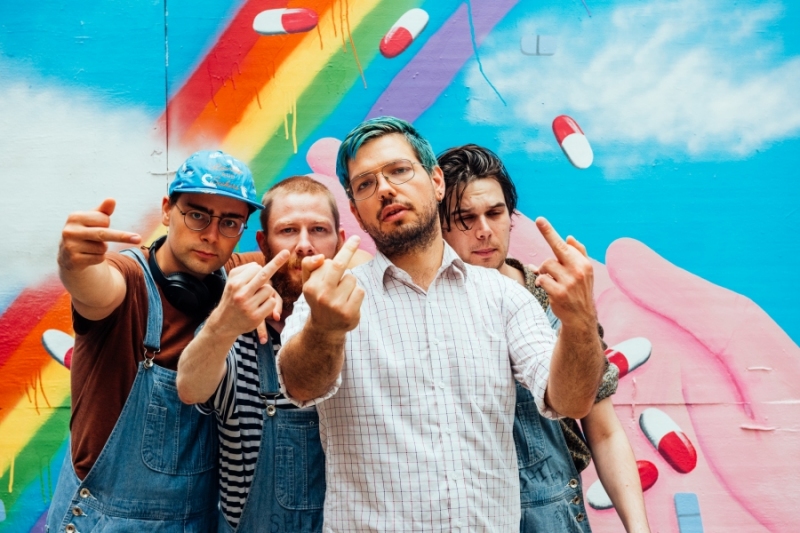