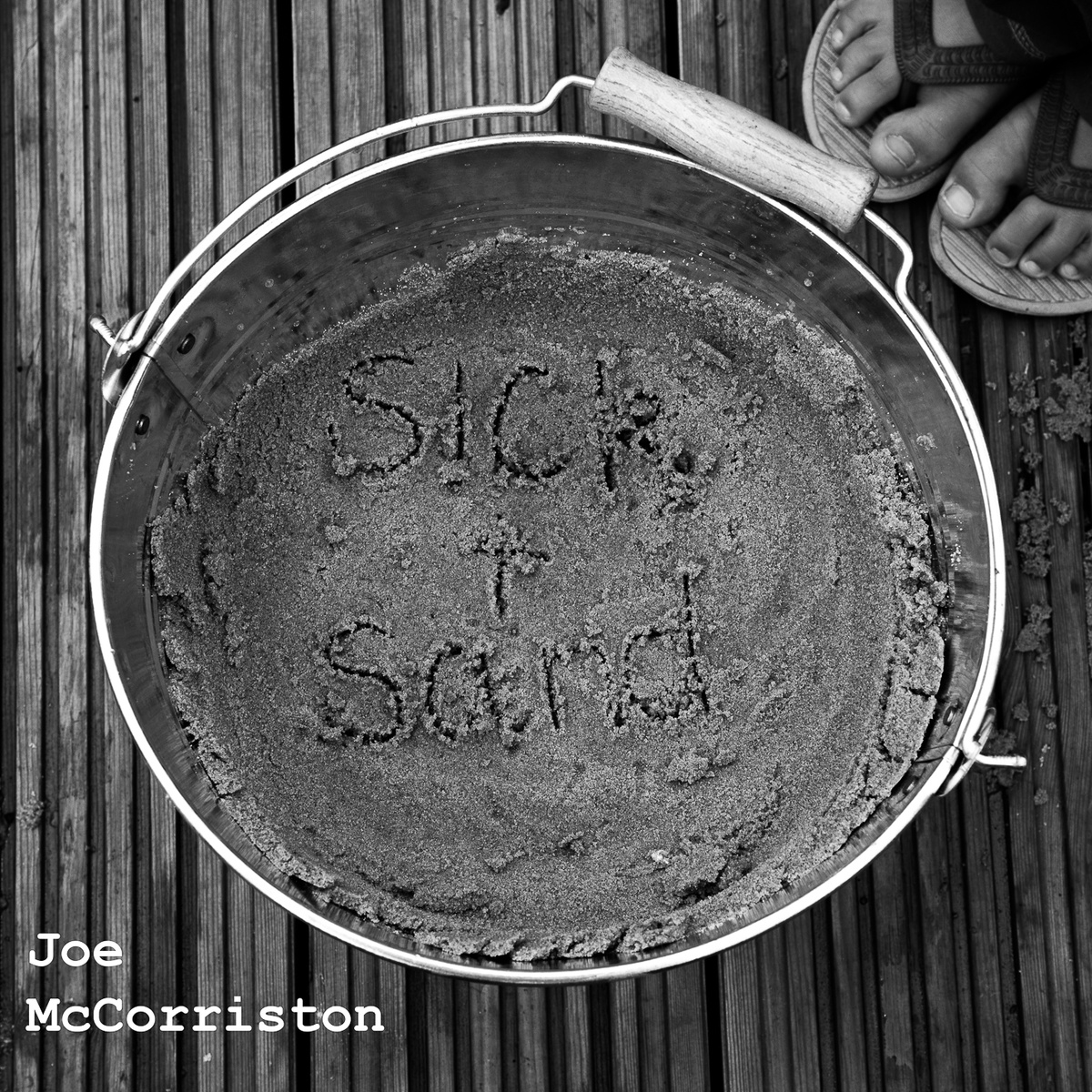 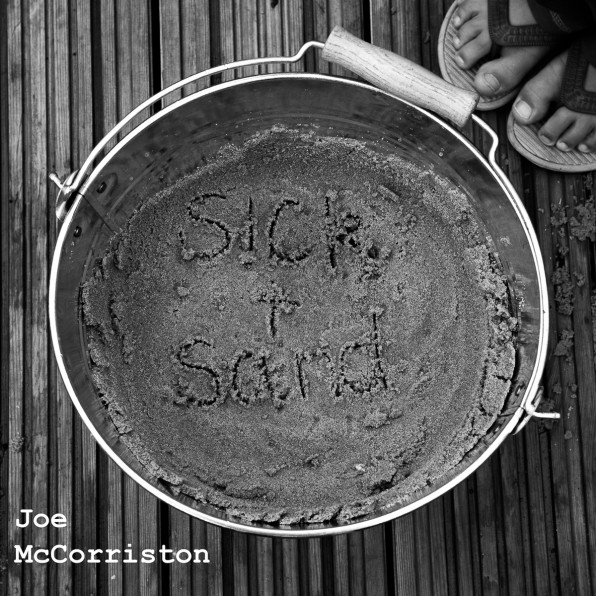 Young Lancastrian folk / punk influenced singer songwriter Joe McCorriston has a new EP out which Ian Critchley reviews for us below.

I’m a sucker for a little experimentation when it comes to music. Not so much the Sigur Rós-esque, planes taking off in the background, ambience thing but just simple experiments musicians make up to offer themselves a challenge. Joe McCorriston’s latest EP, Sick & Sand, works on the the concept of “if I do a handful of songs in one take, will it sound real shit?” I tried the exact same myself and the answer, in my case, was yes (it’s still available to download but I wouldn’t recommend it). I used my laptop’s internal mic and it sounded like I’d recorded the damn thing at the bottom of a well. One thing Joe has that I didn’t, other than a decent microphone, is a fuck-load of raw talent. You probably can polish a turd, but Joe doesn’t have to. He’s shitting golden eggs.

The EP opens with ‘Acclimation’, McCorriston’s clear Frank Turner influence shining through as the song sounds like a cross between ‘Eulogy’ and ‘I Knew Prufrock…’. Joe’s down to earth vocal style emphasizes the lyrics, which give his fans the life philosophy of “enjoying it while you can” (it being life). If Joe isn’t opening his shows with this mood lifter already, he should.

The production, if there actually is any past plugging a mic in, gives the whole EP a raw “home-recorded” feel. Which makes sense, as it probably was recorded at Joe’s home. Tied with the “one-take-jake” mentality of the project this stripped to the bones style of recording simply adds to the directness of the EP. In many ways this feels almost like a live record and has all the energy and impact of a show, albeit a show that no one was invited to, that is so often lost on the cutting room floor.

Joe has never come across as the most serious of musicians in terms of lyrical topics (feel free to swap the word serious with “preachy as fuck”), spinning simple yarns of home town friendships and a simple love of music in a somewhat jovial manner, but he seems to be dipping extremely deep into the pot of humour for track ‘Cardboard Is Heavy Sometimes’. Within these words, somehow, McCorriston has managed to relate the “stars in the sky” with his “balls swinging free” (with a key change occurring between this comparison) while at the same time referencing watching “Two Girls, One Cup” on a widescreen TV.

The EP isn’t just about McCorriston farting rainbows, however. Songs like ‘Never Let The Demons Win’ and ‘The Dirty Game’ take a much darker tone (the former a bleak tale of struggling to not let external influences affect your own decisions in life) and truly showing just how much this man has progressed as a song writer from his days of playing and drinking at 18+ shows even though he was only 17 (I put him on and lied to the barstaff who, naively, took my word as truth).

Joe is the perfect example of how music should be done (have a lot of fun and work your arse off) and Sick & Sand is a perfect example of Joe at his most honest, bare, and heartfelt. It also contains a bunch of other additional material consisting of demo versions of old songs and the like.

So go buy it. It’s about the price of a pint and is less likely to end up on the floor round the back of the local by the end of the night.

Joe McCorriston can be ‘liked’ on facebook. Sick & Sand is available via bandcamp.