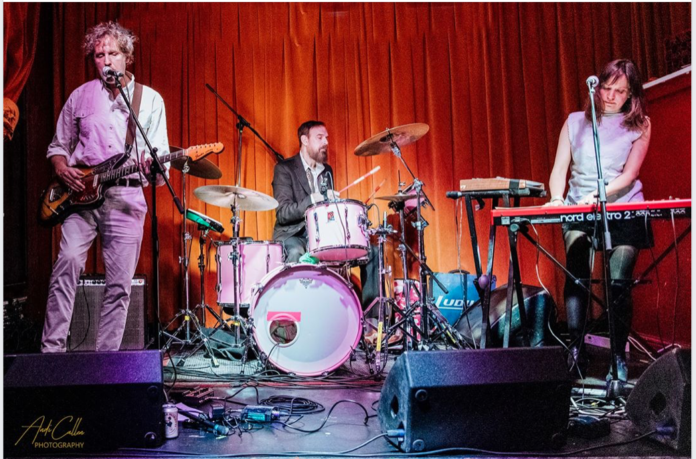 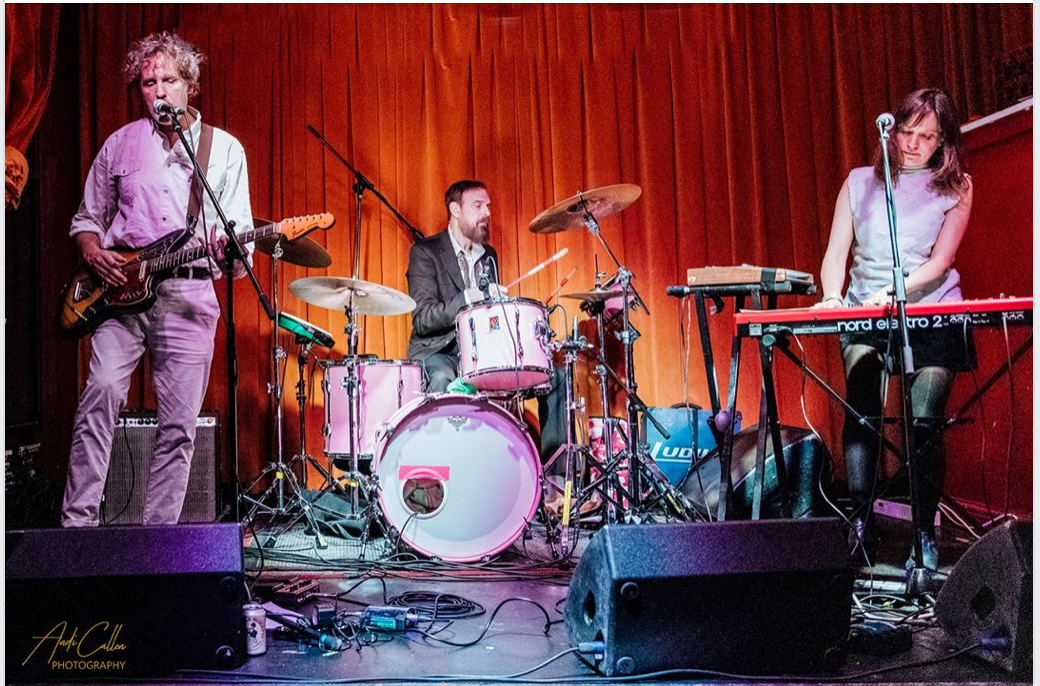 In a storm-torn weekend with a cruel howling wind and the Armageddon ghouls blowing around desolate Sunday city centre buildings sanctuary can only be found in the safe houses of rock n roll.

Upstairs in Gullivers is a warm glowing red with late-night embers as Joe Gideon (ex Bikini Atoll and Joe Gideon and the Sharks) cranks his perfectly judged songs. Songs that switch from tombstone blues to pastoral psychedelia to sparse post-punk to grinding grooves. It’s a stunning set of tension and release, lyrical bon mots and rhythmic power and imagination with very English melodies entwined around the songs. Songs written by Joe and his lampost tall drummer Jim Sclavunos who is spending his time from Nick Cave’s Bad Seeds very well.

The perfect triangle of the onstage trio is fully explored and the recent Joe solo album comes to explosive life on the small stage with very well-judged playing full of restraint and explosive tension from the band.

These are songs full of ideas and dynamics, the razor-sharp guitar sound slips and slides through perfect chord changes as Joe delivers his dense and deep lyrics over the top. His Lou Reed drawl is wrapped around his words that are deeply personal but not without a sense of dark humour.

The album was co-written and produced by Jim Sclavunos who is daylighting from Nick Cave and The Bad Seeds. His drumming is as concise and explosive as you would expect, each song has many rhythms crammed into its structure and the toying with the loud and quiet dynamics is explosive and thrilling. One minute he is shivering his shakers and the next it’s a deadbeat clank and grind and the next it’s a cross-rhythm shape shift. It’s perfect rhythm. Great drumming always serves the songs. Doing away with bass the triangle is finally made up with Gris-De-Lin and her keyboards that switch from lysergic lines to funk grooves that perfectly underlay the songs.

Hard to place there is something quite English about the music that swerves from prog to psyche to post-punk and yet never loses sight of the melody. Beefheart could be in there, the Velvets and even early Jethro Tull and yet they sound very much of the moment.

There’s is a world worth getting lost in.