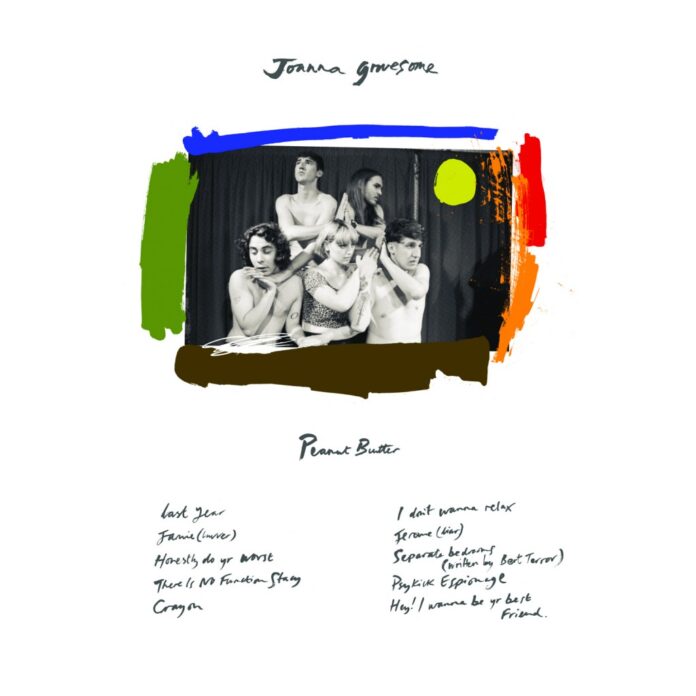 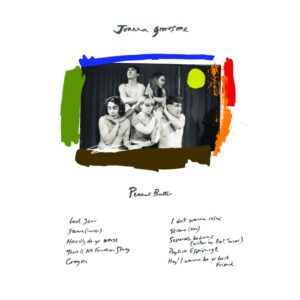 Joanna Gruesome are back with an incomprehensibly brilliant second album, this succinct slab of bombastic noisy indie pop is filled with exciting twists and turns.

Joanna Gruesome’s first album Weird Sister was loved by so many, myself included and finally their hotly tipped second album Peanut Butter is here. Clattering in is the incredible Last Year; feeling like it’s trying to rip its way out of the speakers it sets the album up perfectly. Its raucous guitars cut with the Alanna’s harsh vocals as she repeatedly screeches “I will not”.

Fortunately though the rest of the album maintains this cacophonous yet concise feel to it, every track is straight to the point. Honestly Do Yr Worst is an early favourite as Alanna’s vocals are allowed to peak through the wall of noise exposing the true pain of the track. The tracks clashing styles brings together the out and out blasts of noise with their indie pop sensibility.

Longest track on the album by some distance Crayon, is a much darker affair though as the bassier tones create a much more subdued atmosphere. Whilst it might be at odds with some of the other tracks it’s a welcome break from the raucous elements that exude from the other tracks.

This break is short-lived though as I Don’t Wanna Relax is just that, opening up with screeching guitars. The album accelerates from nought to one hundred in seconds, as the track flies through I can’t get over the exhilarating noise pop oozing out of my speakers.

The ever-changing pace of the album is evident, yet Jerome (Liar) is a slice of indie pop perfection. As the guitars are cut back, the sweet vocals once again taking to the fore. However, it’s unfortunate that this is the shortest track on the album as it is yet another shining gem on this inconceivably brilliant album.

Separate Bedrooms, which is a cover of Bristol based band Black Terror, seems to be a relatively subdued affair and lacking some of the bombast of other tracks. Yet the closing lyric is left imprinted in my mind, “we could spend the rest of our lives in separate bedrooms”.

As the album closes with the more deliberate Hey! I Wanna Be Yr Best Friend, compounding the overall bluster of the album into this succinct ending. This last facet adds that little bit extra to an incredible album filled with intensity, excitement and just overall brilliance.

Peanut Butter is a record that demands your attention and it is definitely not a rock epic, but sometimes there is no need for albums to be drawn out. The intensity, bluster and bombast that are consistently cut with the bands indie pop sensibility and Alanna’s ever-changing vocal stylings. Peanut Butter is blunt yet exciting proving that there’s no need to unnecessarily pad out songs.

Joanna Gruesome can be found online here joannagruesome.bandcamp.com. They’re is also on Facebook and tweet as @JOANNAGRUESOME.