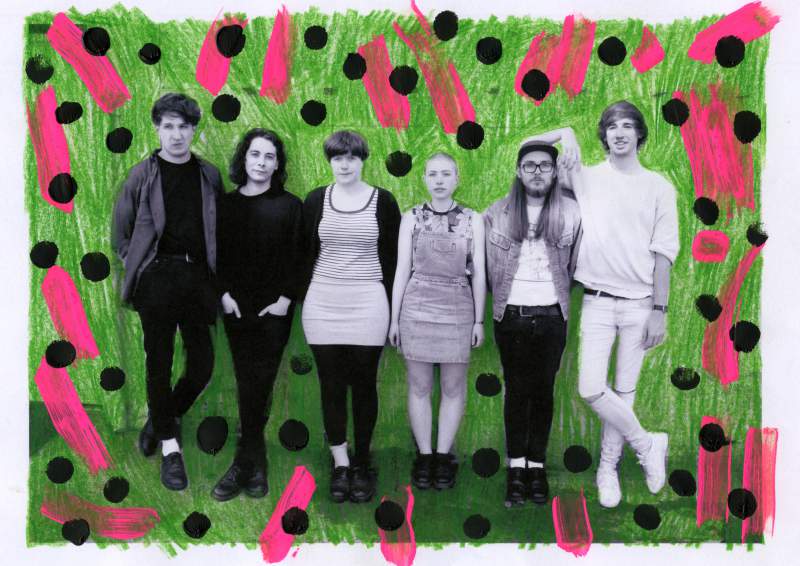 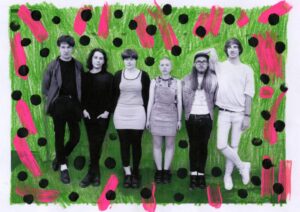 Having just been shortlisted again for the Welsh Music Prize (which they won with their debut Weird Sister), and riding a wave of acclaim following the release their sophomore album Peanut Butter. It comes as no surprise that tonight’s venue is bursting at the seams, as the raucous noise of The Spook School emanates up the stairs, we’re greeted by a wall of incredible sound. As they regale us with tales of gender oppression and the average heights of Rugby teams, we’re completely enamoured by these wonderful Scots.

With exquisite tracks like Binary it’s hard not to fall in love with their brilliant lyrics, this short set leaves a long lasting impression on us as we find ourselves tapping out their incessant rhythms days later. However, if we thought The Spook School had attempted to blow our eardrums, it was nothing compared to Joanna Gruesome. Taking to the stage all in black they set about the crowd in ecstatic fashion, we fear for their safety as they fling themselves around this small stage with its very low ceiling.

They seem to navigate the stage easily though, with the aforementioned Peanut Butter lasting twenty-two minutes. Tonight’s set is played at breakneck speed as they rattle off track after track with ease, it’s a blink and you’ll miss it experience. Despite Kate and Roxy not possessing Alanna’s versatility they certainly prove worthy adversaries, with Roxy taking the more coherent parts and Kate screaming like a banshee, it’s a wonderfully powerful sight.

With Jerome (Liar) and Honestly Do Yr Worst being highlights, these short sharp attacks of supreme DIY sound are the most coherent tracks of the evening. Whilst so many other tracks like Last Year turn into cacophonous walls of sound, but that is all part of Joanna Gruesome’s incessant charm. As they almost-literally tear the roof off this small venue, it becomes a true spectacle and as their set descends into complete chaos it leaves us completely in awe of them.

To go expecting a recreation of the record would be completely pointless as Joanna Gruesome are a wholly different beast when unleashed in a packed room. Their on stage energy is infectious as they bring the crowd to their knees with their power, enthusiasm and intensity, it’s a phenomenal spectacle one that will surely go down as one of the shows of the year.