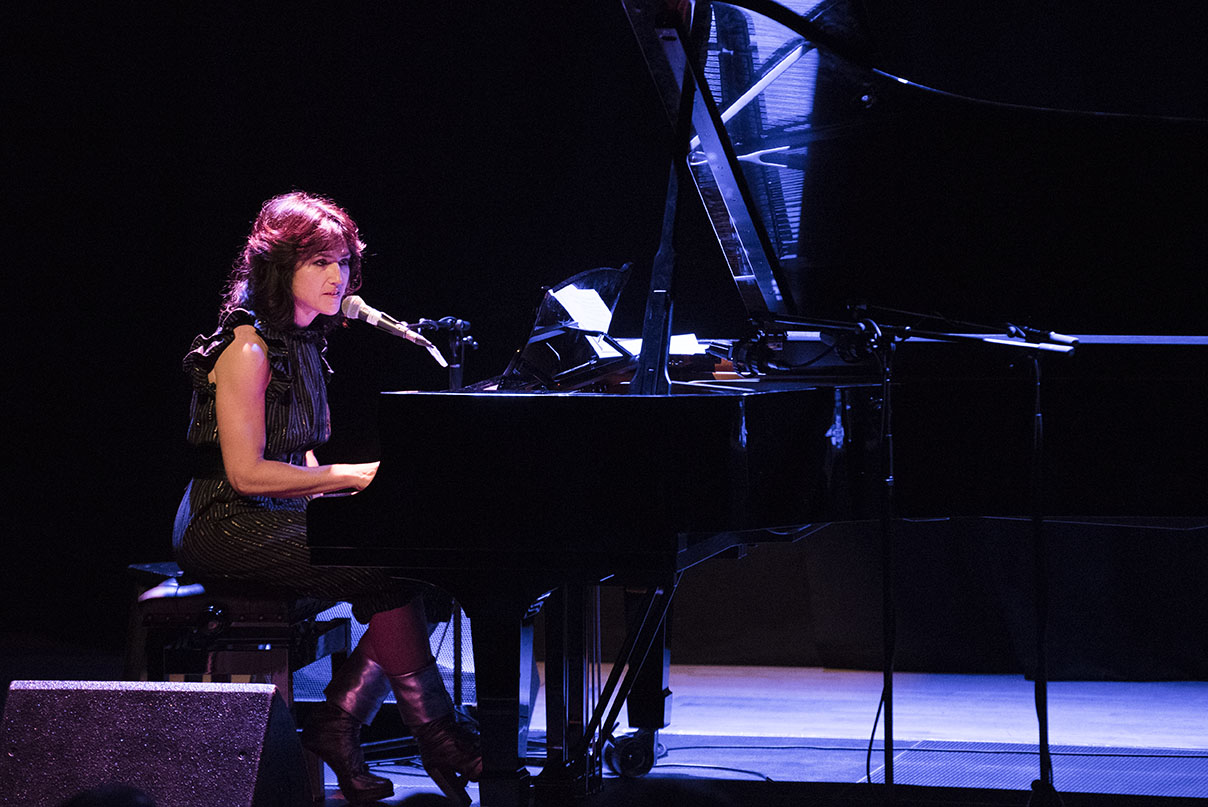 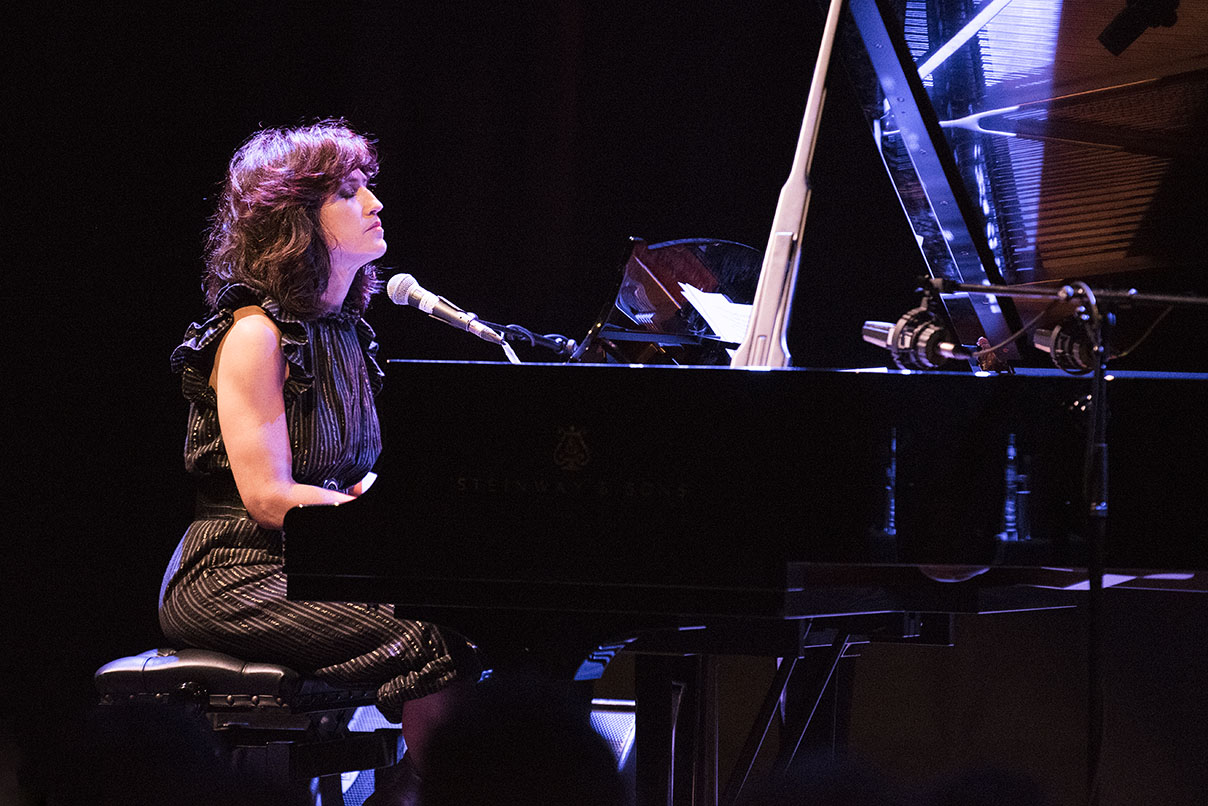 Lee Ashworth was there to see the inimitable Joan Wasser perform solo from her Joan As Policewoman back catalogue, supporting the release of career retrospective Joanthology.

With no support, Joan took to the stage of the Lower Theatre at the Royal Northern College of Music at 8:30pm and embarked, with graceful modesty, on a stunning two hour set.  Switching between the piano and electric guitar, the only other musical accompaniment came from a drum machine situated on a small table.  Apart from the instruments and amplification, there was only minimalist lighting to serve as a stage set.  This was Joan stripped back to the essentials, allowing every member of the rapt audience to focus on her soaring vocals as her voice expanded in the space left by the absence of a band.

Maybe it’s not the way Joan rolls, or maybe it was the influence of the famous school in which the performance took place, but whereas some performers might have been more tempted to improvise or even to let some aspects slide, Joan’s playing sustained an intensity and precision throughout.  The presentation of the songs was austere, yet for all this formality in contrast to last year’s show at Stoller Hall, replete with glittery baseball jackets, the intimacy brought us closer to this extraordinary singer songwriter and raired her beautifully poignant songs into their fullest form.  It may be a cliché but it is true that one of the measures of a great song is how well it can work stripped down to the bones. 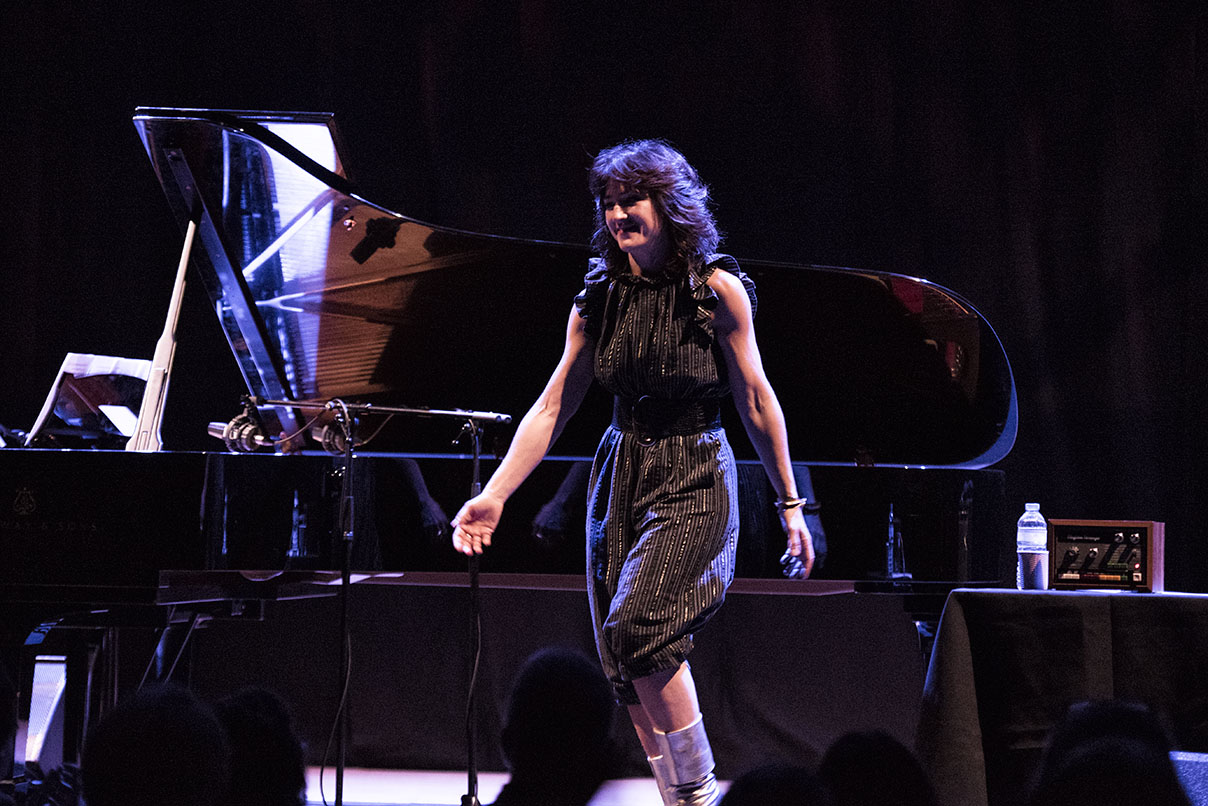 A Joan As Policewoman gig always feels like an event and it was interesting to see this particular set-up in contrast to her previous tour with a full band and brass section, a further contrast to her previous Manchester show at Gorilla with Benjamin Lazar Davis.  Diverse and experimental for sure, yet as the songs played tonight from Joanthology attest, they all bear the unmistakeable hallmarks of this singular artist: sensual, reflective and impassioned. 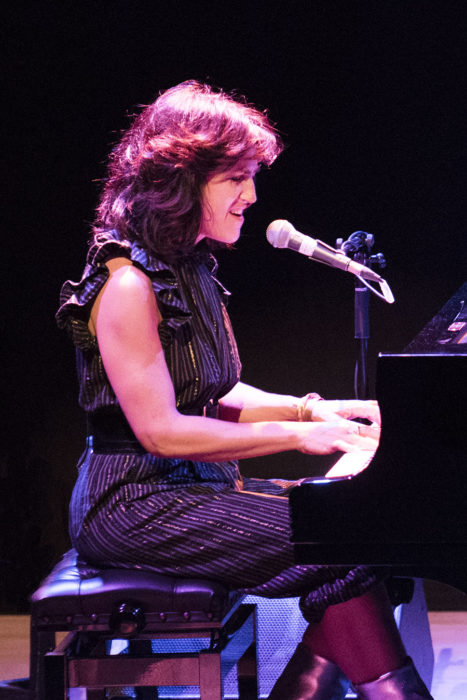 Wonderful, the opener from Damned Devotion yet omitted from Joanthology, Tell Me, Warning Bell (her best song?), Christobell and Human Condition all exude a raw, delicate fragility that connects with the reverential audience. A standout is the way she makes Prince’s Kiss her own, while still clearly using it as a tribute, charging it with an erotic, ecstatic spirit of which one can only imagine he would approve.  She talks tenderly of Elliot Smith prior to We Don’t Own It and gives a memorably heartfelt tribute to Manchester as “the New York City of the UK”.  Now we await her next return to a place that has hopefully become Joan Wasser’s home from home.

Check out Joan As Policewoman here.