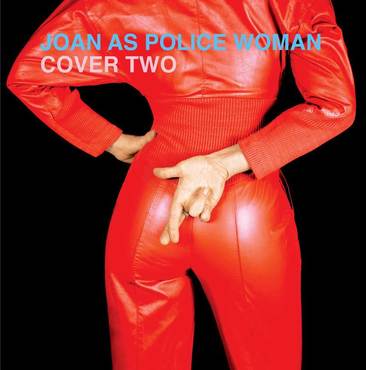 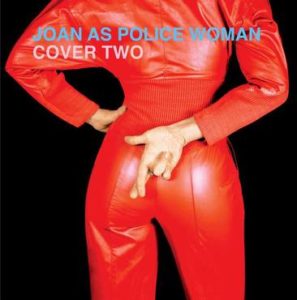 Joan Wasser, aka Joan As Police Woman, unveils her second set of covers 11 years after the first, with soulful reinterpretations of songs by artists as diverse as Prince and The Strokes, Neil Young and Blur, Outkast and Gil Scott-Heron.

A decade ago Joan Wasser, the prolific singer and multi-instrumentalist, released Cover, an album you could only buy at gigs or via her website. It featured unusual interpretations of songs by an eclectic roster of artists, from Adam & the Ants to Public Enemy and Jimi Hendrix to Sonic Youth via Iggy and Bowie (a spellbinding version of Sweet Thing). Its signature was its experimental nature, imbuing the source material with new twists.

Cover Two finds Wasser heading in the other direction, stripping the source songs down to their bare bones and mining them for their emotional essence, then reassembling them as sultry, soulful torch songs. It’s an immensely satisfying method, revealing the passion at their heart. It’s soul music in its purest sense.

Prince’s Kiss, a highlight on last year’s Joanthology tour, drips with sexuality, sweat oozing from its pores with a lonesome bass pulse, a sparse acoustic guitar figure and an aching vocal filled with burning desire: “I want to be your fantasy baby, You can be mine, Just leave it up to me, And we can have a good time.”

It’s a searing introduction to an album that has so much sex seeping from its grooves (or its digital bytes) that it should come with an X-certificate, in the same way that its predecessor came with a pastiche of one of those sexist Seventies album covers [below]. 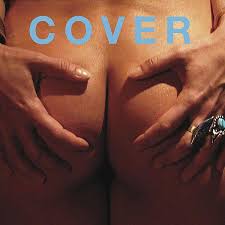 Following immediately after, her take on Outkast’s Spread begins like an answerback with Meshell Ndegeocello reciting André 2000’s words (“Don’t wanna move too fast / Can’t resist your sexy ass”) over her own slinky bassline, Wasser beatboxing alongside Parker Kindred, the drummer who goes back to her Black Beetle band days, embellished by trumpeter Cole Kamen-Green.

It’s clear by now that these are reinventions as much as reinterpretations, a notion confirmed by the transformation of The Strokes’ laconic break-up song Under Control (from Room On Fire) to smouldering RnB, Wasser singing haltingly over a sombre piano motif, unfurling into a solo that she jokingly describes as “my best Brian May guitar playing.”

The most experimental number is the shimmering electronic setting for Cass McComb’s Not The Way, the song disintegrating but simultaneously simmering to a slow boil, while Michael McDonald’s heartbroken ballad I Keep Forgettin’ is extricated from its sleek and slinky blue-eyed soul wrapper and immersed in a slow sweaty soul groove.

By contrast, Wasser’s take on Life’s What You Make It, which she performed at the London tribute to Talk Talk last November following  Mark Hollis’s death, adopts a similar approach to the original. Exchanging lines with Justin Hicks, Wasser’s voice reaches ethereal heights, while the subtle arrangement, spaciously blending shimmering guitar harmonics, syncopated piano, a rolling bass and shuffling drums, is sheer perfection.

Another from the Joanthology tour, a simple piano-based rendition of Blur’s tender ballad Out Of Time – “A song that makes me cry every time I hear it,” she confesses – allows Albarn’s sadness to speak for itself, underpinned by Jacob Silver’s bass guitar, before we plunge deeper into melancholia with On The Beach.

Over a sparse backing of spectral piano and just the gentlest brush of a cymbal and drum, Wasser mines the bleak agonies of Neil Young’s tortured reflection on the price of fame, her voice soaring around the melody in what becomes an epic journey of existential doubt. Cleverly, the album’s penultimate song then lightens the mood – There Are Worse Things I Could Do from the soundtrack of Grease, performed here in the reverb-heavy harmony style of 1950s doo-wop group The Flamingos.

It serves as a sort of palate cleanser before the finale, a devastating take on Gil Scott-Heron’s classic spoken-word poem Running, another number revived from a tribute show – in this case at the Roundhouse in London in 2016 – with Wasser building a song around the original and creating a musical framework with Shahzad Ismaily’s bass and Jim White’s stormy drums.

What makes Cover Two work so well as a whole is that, despite being a collection of covers collected over an 11-year period and recorded at different times and places (On The Beach was recorded, aptly enough, in Rio de Janeiro), Wasser has constructed a cohesive sound and mood for them, and sequenced the songs so cleverly that it sounds like a single work with a unifying theme. It’s nothing short of remarkable.

“Recreating existing songs is a gratifying creative challenge for me, especially with songs I adore,” Wasser explains. “I start with the question, ‘WHY, exactly, do I love this song?’ I take those elements and reform them, sometimes removing much of the remaining material to refocus them through new glasses. I re-harmonize the chords, radically change the feel, or shift the hook or the phrasing to rebuild the composition.”