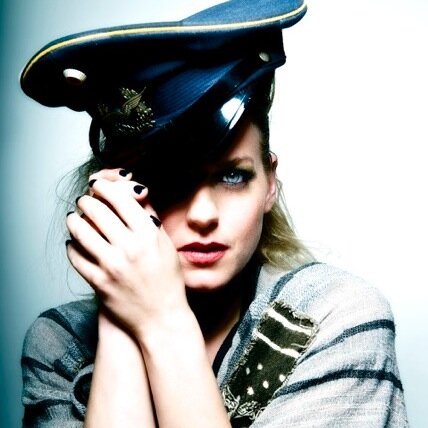 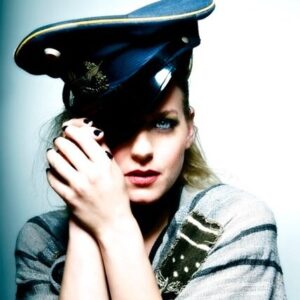 Jo Harman has slowly but surely been working her way up the blues ranks across the UK and mainland Europe. Her 2013 album, Dirt on My Tongue hit the charts in Benelux and she has won over many a festival crowd on the now hefty festival circuit. Forming part of Band On The Wall’s Beer ‘n’ Blues weekender, Jo Harman took to the stage in Manchester on a hot evening when the city was abuzz with many other gigs.

With the band taking to the stage first, Harman emerged and soulfully delivered I Shall Not Be Moved from her debut album. The track built in glorious fashion to a gospel like crescendo; the first of many such track closers. Another album track in the form of Heartstring was followed by a cover of Bobby Bland’s Ain’t No Love In The Heart Of The City. From the opening few songs, Harman and her band had all flexed their musical muscles. Harman’s voice rocketed through styles and ranges with ease, delivering each song with a rare gusto.

The piano led opening of This Is My Amnesty was beautiful, before the whole band drove the track behind Harman’s soaring vocal. Another cover in the form of an incredibly loungy version of Ann Peebles’ classic I Can’t Stand The Rain followed. Cover versions are all well and good, but they’re much better when seeing a band put their own spin on it like the Jo Harman’s did. An extended jam on the end of the track showed the depth of the quality within the band. The first set closed with the laid back Cold Heart allowing an almost unaccompanied Harman show that she can sing as well with or without backing.

The second half of the evening was again a smattering of Jo’s own work and sublime cover versions. A version of Pharrell William’s monster hit, Happy, was given a suitably bluesy makeover, whilst an Isley Brothers version of the Stephen Still’s classic Love The One You’re With had the crowd singing in unison.

Whilst the covers were fun and helped pace the show excellently, it was on of Harman’s own compositions that stole the show. Sweet Man Moses was dedicated to her sadly departed father, with the song as a letter to her brother. The track exuded raw emotion, and the crowd was completely reverent for the duration of the heart aching song. A lengthy and completely deserved applause followed the track.

To raise the tempo, the upbeat riff of Underneath The River saw the crowd back in full swing. Throughout the set, the band all again added their own airs and graces in a solo fashion. A stunningly tight encore of Average White Band’s version of Work To Do ensured that the crowd departed with a spring in their step, knowing that they had seen one of England’s finest blues singers on the circuit today, who can turn her hand to soul, gospel and many other stops inbetween.