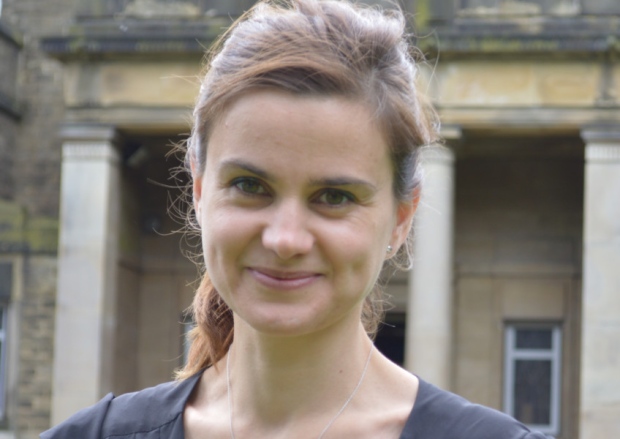 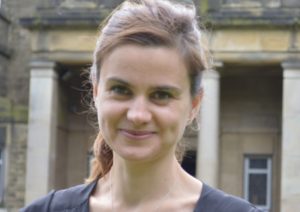 After a week of tragic events brought about by divisive rhetoric and a climate of fear, it would be easy to give in to hate and violence. Dan Lucas writes about the sadness and anger the massacre in Orlando and the murder of Jo Cox have inspired, as well as his fears for the future.

On June 12 this year, 50 members of the LGBT community were massacred in a terrorist attack: the worst mass shooting in American history and the single deadliest homophobic hate crime since the Second World War. Clashes in France between football “fans” – who are, in truth, nothing of the sort – have resulted in numerous arrests, deportations and hospitalisations. And today, on June 16, an innocent woman has been gunned down in Yorkshire because, it appears at the time of writing, she campaigned vocally for compassion and justice for the world’s poor and disenfranchised.

We were told to expect this. We were told that extremism is a real threat. That there are those on the fringes of our society that want to hurt us, to end ways of life they do not agree with for whatever bullshit reason. People from alien walks, whose beliefs and cultures we did not understand want to hurt us, want to spread fear and hate and violence.

The victims of the Orlando tragedy were murdered by an American. English and Russian football “followers” were caught up in violence perpetrated by English and Russian football fans; the aggressive cunts taunting homeless children today were English and Welsh. Jo Cox was killed by a man who, according to some witness reports, aligned himself with nationalist, white supremacist hate groups. Frustratingly for those who told us to fear outsiders, to fear homosexuals and immigrants and foreigners, this does not really fit with their bullshit narrative.

Extreme rhetoric has had consequences in the past and very few of them good. It has had consequences this week too: Britain First cannot decry acts of violence by Muslims as proof that Islam is inherently evil then scream “media conspiracy” if it transpires someone who shares their values commits a heinous crime. Nigel Farage, the Daily Mail, the Sun, the Daily Express et al cannot tell us to fear immigration then proclaim innocence when a man who is, according to Buzzfeed News‘s research, a known racist guns down a woman, a wife, a mother, a politician who has campaigned tirelessly for the rights of refugees.

And you know what, you fearmongering fuckcunts? If, as seems likely, this was a politically motivated attack then on the face of it, you’ve won. You’ve sought to make the proletariat feel disenfranchised and alone; afraid, helpless and in need of some greater power to get us through. You’ve played every dirty trick in the book for us to take radical action against imagined oppressors because they stand in your way – to hate them. Well you’ve won, because I am angry. I am filled with seething resentment and the bitterest hate at what Britain and wider humanity have become. Anger against those who have made it OK, to some minds, to gun down a beautiful and good woman for doing something beautiful and good. Jo Cox gave a shit about people and died for it, and there is a strong chance that far right rhetoric inspired that.

Every day, people are killed by hate-driven cunts purely because they disagree with what they believe in. According to the Guardian there have been 1,000 mass shootings in the US in 1,260 days, resulting in 1,134 dead and 3,950 injured. Hate crime in Britain has increased year on year under conservative rule including a jaw-dropping 18% rise from 2013/14 to 2014/15, the last year for which statistics are available. We should be frightened: conform to what the fearmongerers tell you you should be or suffer the consequences.

What happens next? It is easy, with tragedy having hit so close to home, to imagine the worst. Ill-advised violent “retribution” against Britain First members for Cox’s murder from some faux-liberal. Riots akin to those that hit London in 2011 only on a far more damaging scale? Increased vigilantism? None seems particularly far fetched.

But as tempting as it is to imagine burning everything to the ground and taking the fascists with us, we – and I really hope I mean we as humanity rather than just we on the left – are better than that. We have to be. We rightly mourn 50 victims in Orlando and we rightly scream at the injustice of Jo Cox being murdered on our doorstep, but we need more. We should be angry at every death brought about by hate and fear and prejudice. We should be railing from the rooftops that not a single crime brought about by homophobia, Islamophobia or xenophobia is anything but an avoidable tragedy.

We need to be more vocal in our condemnation and our rejection of hate speech. We cannot allow the monstrous self-interest of the gutter press to spread lies and paranoia and distrust, then pass it off as simple shock marketing for a dying industry when people themselves are losing their lives as a result of their rhetoric. We all giggled when Nigel Farage looked like Alan Partridge aboard a flotilla on the Thames but we were wrong to treat him as a sitcom character rather than something far more sinister and dangerous. I truly hope that the vast majority see their message, and that of Donald Trump and Rush Limbaugh et al, as poisonous rather than silly, and that we reject it louder than we ever have. Because if you tolerate this, then your children will be next.