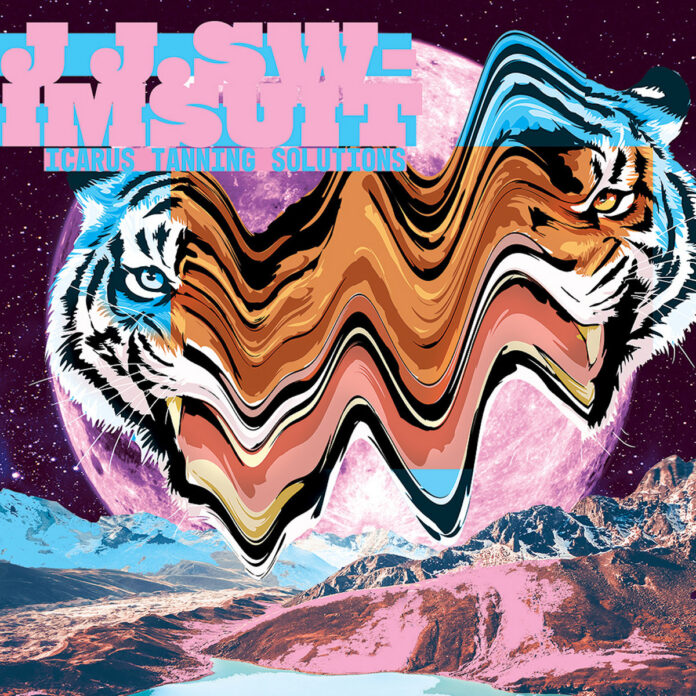 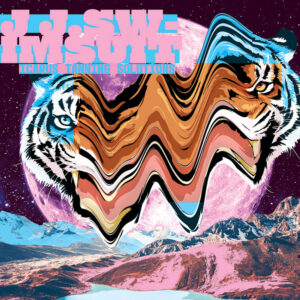 An album of melancholic lo-fi indie from Leeds, courtesy of Tim Metcalfe, aka JJ Swimsuit. Andy Brown explores one of the many hidden gems released through Wakefield’s fantastic DIY label Philophobia Music.

Founded in 2008 by Rob Dee, Philophobia Music is an underappreciated and proudly DIY record label based in Wakefield. I wouldn’t usually start a review of an album by talking about the label, yet in this case I feel like the two are immutably intertwined. A match made in indie heaven.

Indie isn’t always an easy genre to describe and most fans would argue that there’s far more to the label then the implied independence. Yet however you choose to draw the parameters around the genre, there’s no denying that Icarus Tanning Solutions, the debut album by JJ Swimsuit, emanates a resolutely indie charm.

I first heard the music of Tim Metcalfe via his lo-fi, downbeat duo St Gregory Orange. 2012’s Midnight At The Sycamore Lounge saw Metcalfe and his musical partner in crime Harry Rhodes produce an album of melancholic odes to drinking in the afternoon and “third rate death metal lyrics”. The duo’s sound revolved around Arab Strap-indebted beats and uncomfortably honest lyrics.

Where St Gregory Orange provided a soundtrack to contemplative afternoons sat clutching a lukewarm can of Oranjeboom in the dark, JJ Swimsuit finds Metcalfe opening the curtains and letting a little light in. The one thing that hasn’t changed is his ability to make an intimate and uncontrived album. Icarus Tanning Solutions sounds like it’s being broadcast directly from a bedroom, perhaps one littered with fanzines and well-worn, beloved albums.

The album opens with the sleepy, country-esque Some Troubles Part 1 before swiftly moving into the fuzzy indiepop of Fornax Telecom, the guitars, drums and synths filtered through a perpetually hazy, purposely lo-fi production. Wasted At The Hyperchurch is a brilliantly wonky pop song that finds Metcalfe looking for something real amongst the faded glory and nightmares of “tinsel town”. At least it could be about that. The lyrics are delivered with a heavy heart, frequently sad yet surreal.

Things really fall into place with the arrival of The Matador’s Son, a deeply melancholic slow-fade of a song that takes Icarus Tanning Solutions to another level. The quiet guitar and gentle, restrained atmospherics allow the vocals more space and Metcalfe’s exceptional lyrics to come to the fore. “It’s not that the universe is cruel,” sings a dejected Metcalfe, “It’s just oblivious to everything / Especially you”. It’s beautiful and utterly devastating.

Honey, You Ain’t Nobody’s Muse finds Metcalfe singing about a character feeling “lower than loneliness” over one of the album’s finest tunes: a classic slice of indiepop that matches its explorations into loneliness with wit and a somewhat timeless melody. Twilight Vigil PKWY (Myth of Youth) sings about the “saddest sound you ever heard” complete with a gorgeous, spacey harmonica solo and an almost Flaming Lips-esque sense of wonder. Ideal music for lying on your back in the cool grass and staring at the stars a while.

The garage-pop of Think Piece Battery Farm is followed by the graceful It Don’t Mean So Much To Me that finds our protagonist “Half naked and face-down / In the lobby of the Western School For Clowns”. There’s a Bowie-esque logic to some of the lyrics yet, I’ll admit, I have no idea what Crucifixion On Jumbotron is about. The cut-up approach provides glimpses into meaning and the occasional clear message: “I’m terrified of losing you/ And the use of the tired cliché”. A pleasingly bizarre track.

The album finishes with a heavy sigh and a subtle nod to Dylan in Some Trouble Part Two: “My friends I know some troubles/ I didn’t mean to turn them loose on you/ I guess we all been tangled up in different shades of blue”. A melancholic track that reminds me of that well-used Oscar Wilde quote: “We’re all in the gutter but some of us are looking at the stars.”

Despite the bright, occasionally psychedelic instrumentation, surreal imagery and wry humour, there’s an unquestionable sadness that runs throughout Icarus Tanning Solutions. Indeed, it’s the slower tracks here that I find myself drawn into the most. There’s a lot to be said for Metcalfe’s ability with a tender lyric and a melancholic melody.

He has produced music with a number of projects throughout the years and Icarus Tanning Solutions is a rather brilliant glimpse into his world. An album of heartfelt indie on a genuine indie label. You really need to pick up a copy and then check out all the other wonders that Philophobia Music has been keeping to itself all these years.

Listen to and buy the album here.

You can find JJ Swimsuit on Facebook and SoundCloud.